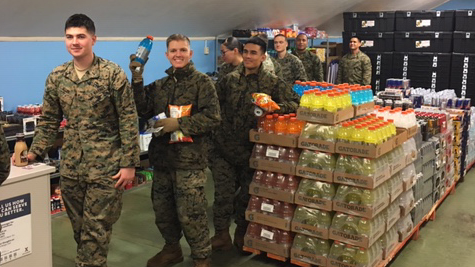 At the Tip of the Spear: Second Exchange Store Opens in Norway for Marines 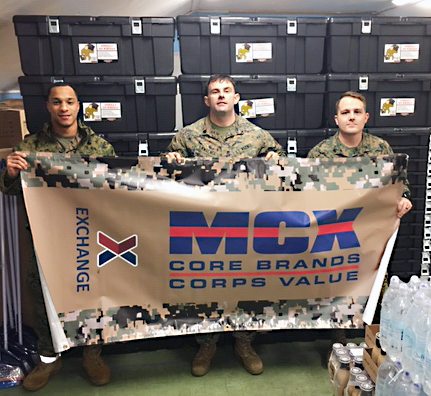 U.S. Marines show their appreciation for the Exchange helping them open an Express at their small camp in northern Norway.

The Exchange opened an Express Dec. 19 in northernmost Norway to serve a new contingent of U.S. Marines deployed to the tip of the spear for cold-weather and mountain warfare training with Norwegian Soldiers.

The 700 Marines are stationed at the Setermoen military camp in Troms, about 400 kilometers (248 miles) as the crow flies from the border to Russia’s Kola Peninsula. The Exchange already operates a store at Vaernes Air Station in southern Norway for 300 U.S. Marines. All U.S. Marines in the country are on six-month, rotational deployments. In addition, the Exchange’s store in Stavanger, Norway, supports a NATO operation for U.S. Soldiers, Airmen and Sailors. 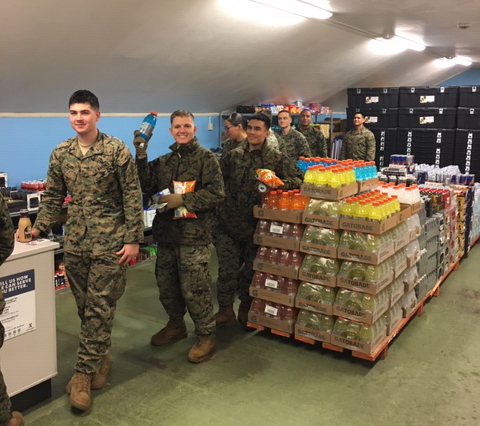 U.S. Marines buy drinks and food at the new Express at their isolated camp in northern Norway.

The 800-square-foot Setermoen Express is operated by the Marines and supported by the Exchange’s UK Consolidated Exchange.

“A store like this at the tip of the spear is critical to service members who are deployed to very remote locations,” said Ed Hicks, the UK Consolidated’s general manager. “They always look forward to the Exchange opening these facilities to provide them with the basic necessities that they couldn’t get elsewhere.

“The store at Setermoen lives out the Exchange motto, ‘We go where you go’—literally.”

The Exchange’s presence in Norway dates back nearly 50 years. Check out this photo in the Exchange History Flickr album of a little store the Exchange set up in 1970 in the country for U.S. troops engaged in military exercises.

From Norway to Niger, 11 troop-run sites supported by the Exchange with money and merchandise are operating in the Europe/Southwest Asia Area.