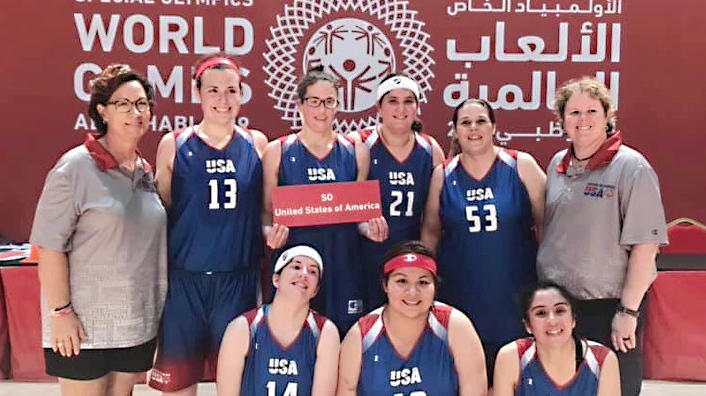 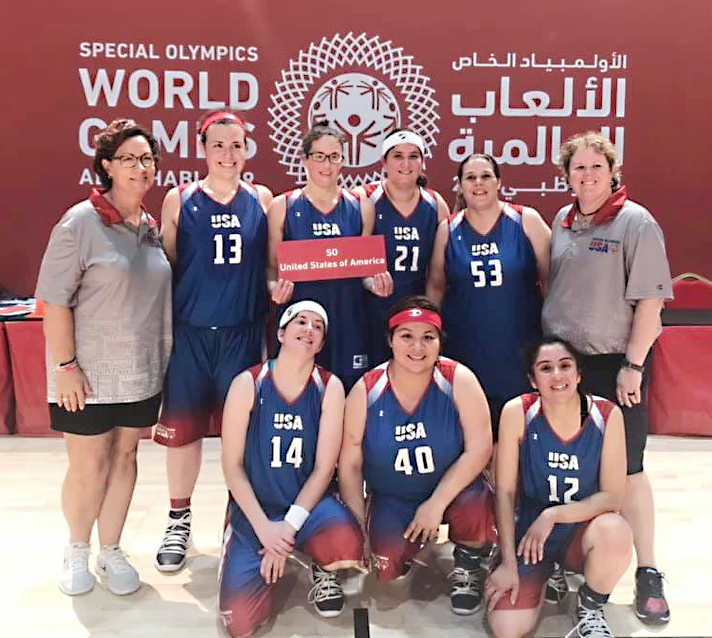 Five years later, the Exchange service associate was on the world stage as a member of the women’s basketball team representing the USA at the Special Olympics World Games in Abu Dhabi.

“I’m just glad we worked as a team and got the experience to play for the USA,” she said.

Holt has worked as a stocker for the Fort Sam Houston Exchange for about a year. The best part of the job for her is meeting new people.

Her co-workers are excited about Holt’s accomplishments.

“We’re really proud of Jamie,” said Stockroom Foreman Xavier Carter, Holt’s supervisor. “We love having her as part of the Exchange family, and we all had a lot of fun cheering her on from home.”

Holt is not one to rest on her laurels. Her next goal is to compete as a swimmer in the 2023 Special Olympics World Summer Games in Berlin.