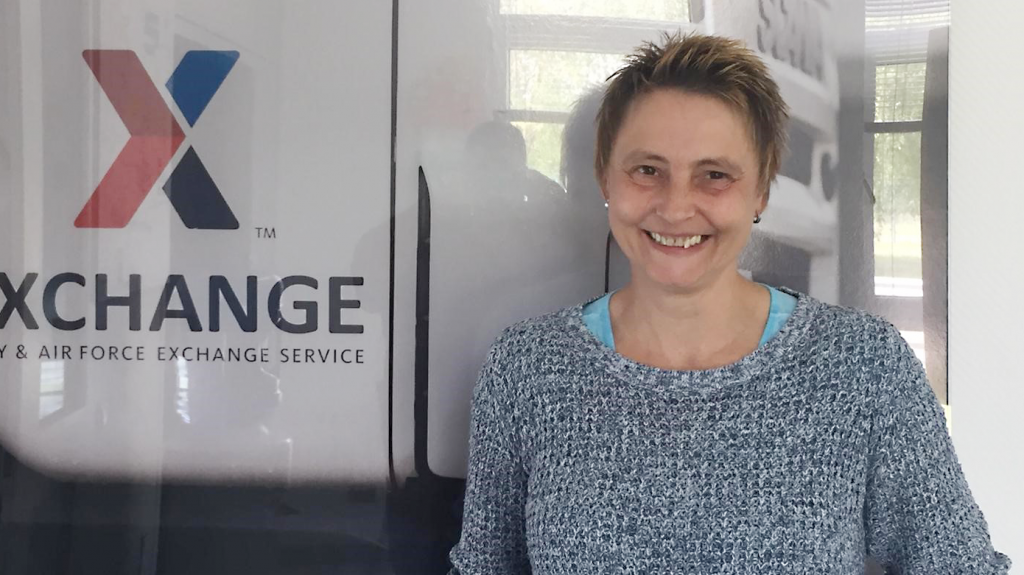 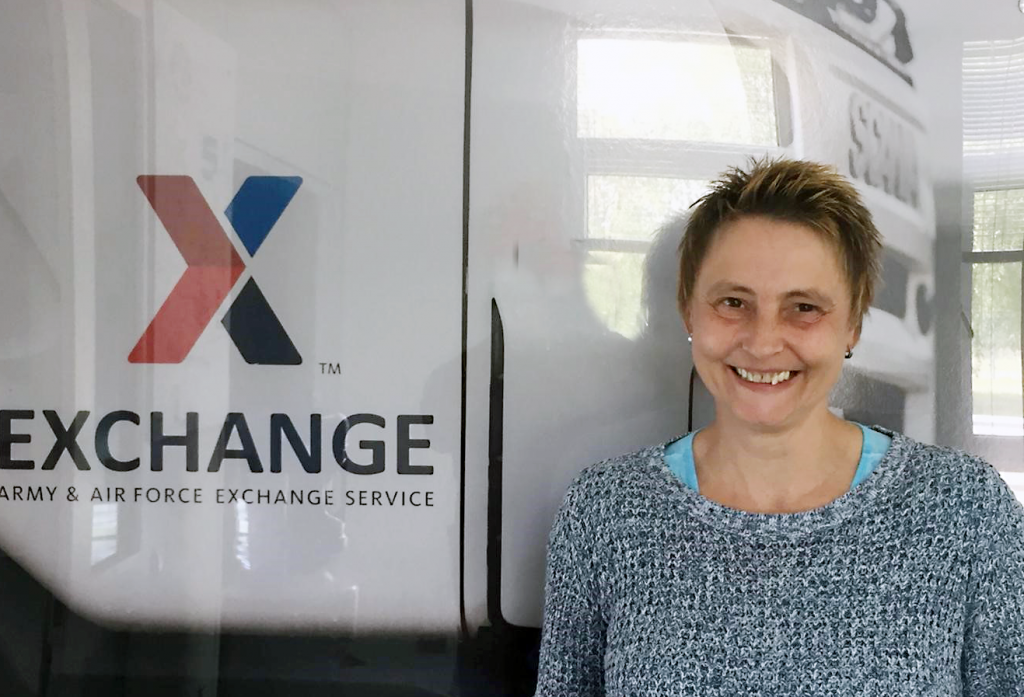 Heike Molter is the Exchange’s first long-distance driver in Europe.

Heike Molter has been driving long distance for 18 years—and it showed when she took her road test to drive for the Exchange. She aced the test on the first try and was hired in April.

“Some of the other applicants took several attempts while she only took one—we could tell she was very skilled,” said Ronald Willis, regional supervisor for the Europe fleet. “We knew we had to have her on the Gruenstadt team.”

Molter is the first woman hired to drive long distance with the Exchange’s Europe fleet. In fact, her application was the first from a woman in more than five years.

“There is a lot of opportunity for women to start driving. I hope someday everyone can see that women are as good—or better—than men at truck driving.”

Molter, a German national, is also no stranger to working for the U.S. government—she drove for the Defense Commissary Agency for seven years. When she heard from another driver that the Exchange had an opening, she jumped at the chance to apply.

“I wanted to work with Americans,” Molter said. “I’ve only had positive experiences, and the Exchange has a dedicated fleet. That’s exciting.”

From Belgium to Macedonia

The Exchange’s Europe fleet is composed of 34 long-distance drivers who deliver to locations up to 450 miles one way.

Molter rotates daily on all routes out of Gruenstadt, most of which take four hours and average 300 miles roundtrip. She drives to stores in Belgium, the Netherlands, Italy, Poland and Germany and might make special runs during military exercises to Romania, Macedonia and Hungary.

At Exchange for long haul

“There is a lot of opportunity for women to start driving,” Molter said. “I hope someday everyone can see that women are as good—or better—than men at truck driving.”

Regardless of whether other women join her, Molter wants to stay with the Exchange for the long haul.

“I want to one day buy a house for myself,” Molter said. “I think working for the Exchange will make that dream come true.”