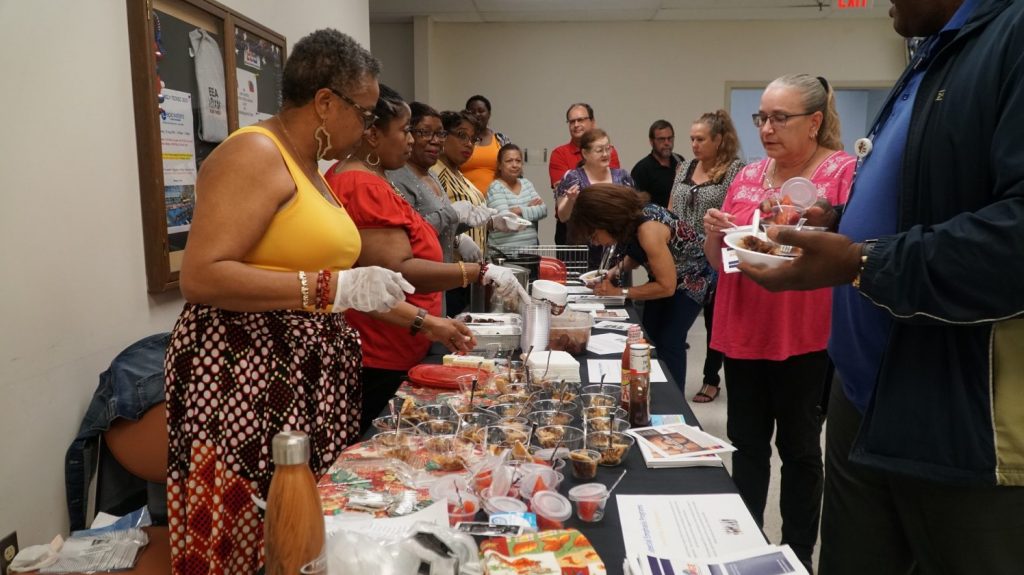 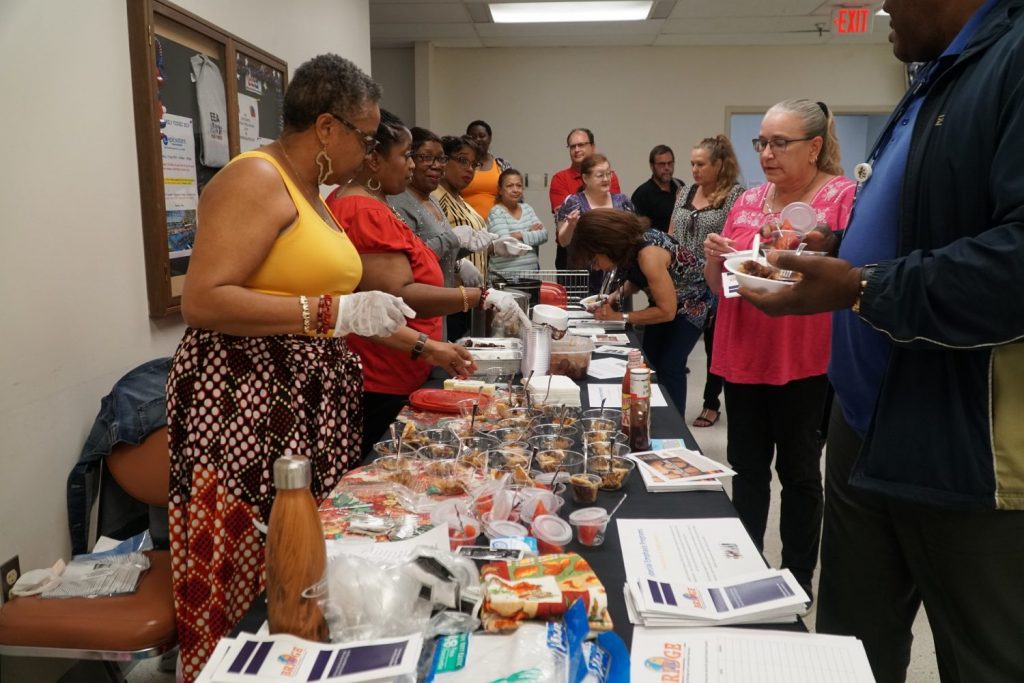 Members of BRIDGE serve cultural food to associates at Exchange headquarters in honor of Juneteenth.

“Juneteenth is a significant day in Texas—an American holiday honoring the event of June 19, 1865,” said Judy Hathaway, Store Ops communication Specialist and program manager of the Exchange’s BRIDGE special emphasis program. “We appreciate our associates who have joined us in commemorating the emancipation celebration and end of slavery in the United States.”

On June 19, 1865, Maj. Gen. Gordon Granger arrived in Galveston, Texas and announced the end of both the Civil War and slavery. Juneteenth—also known as Emancipation Day, Juneteenth Independence Day and Black Independence Day—celebrates the end of slavery in the United States and is observed in 46 states across the country. 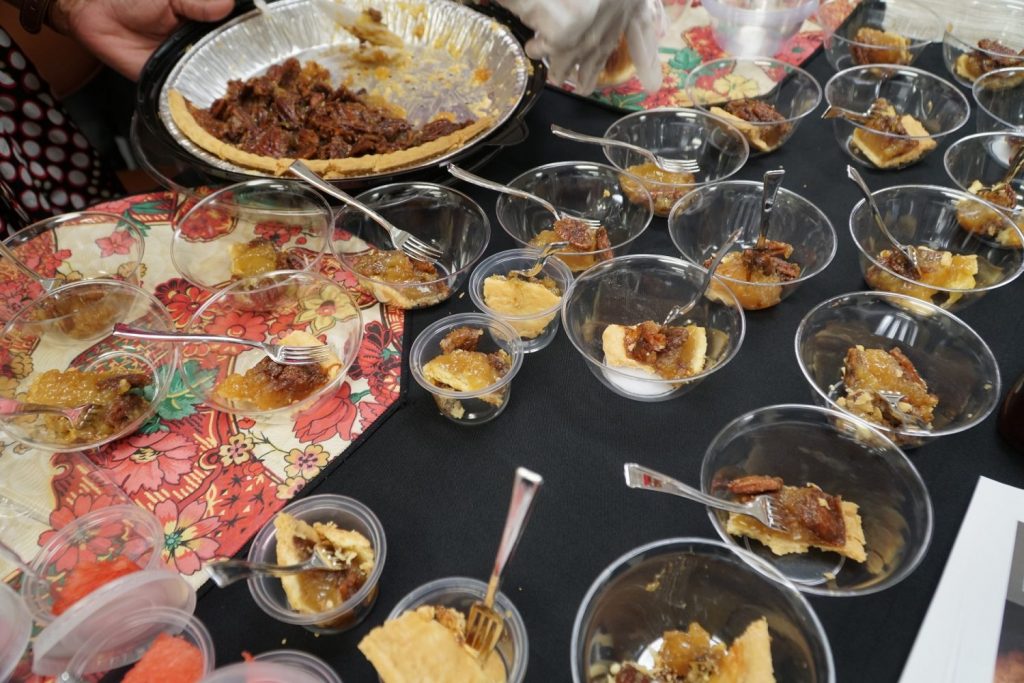 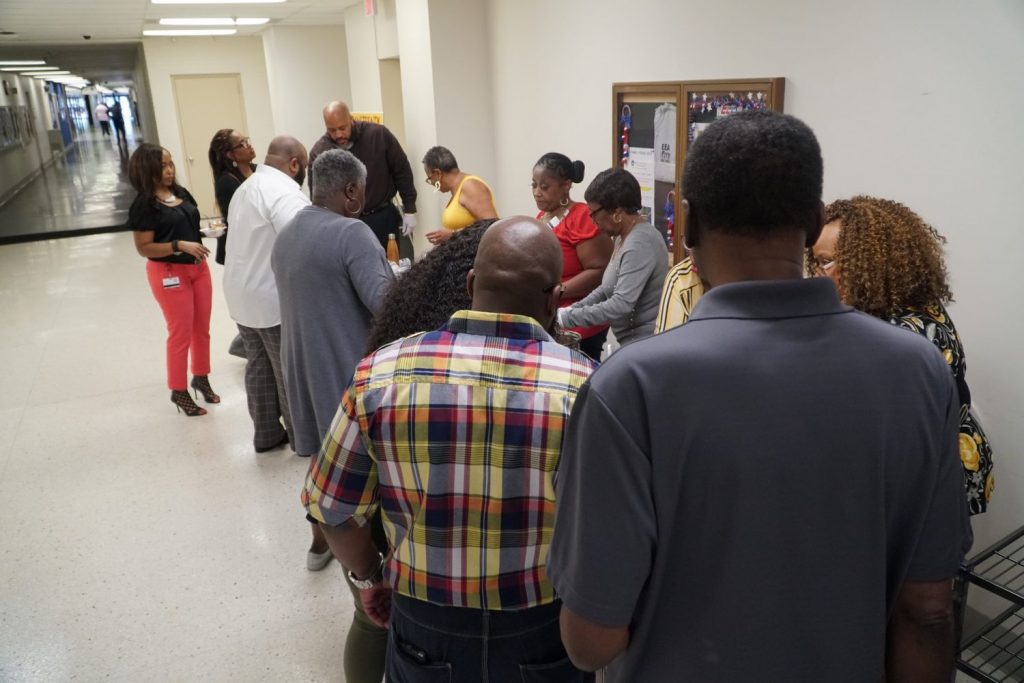 HQ associates lined up around the corner and down the hall to try the Juneteenth delicacies.