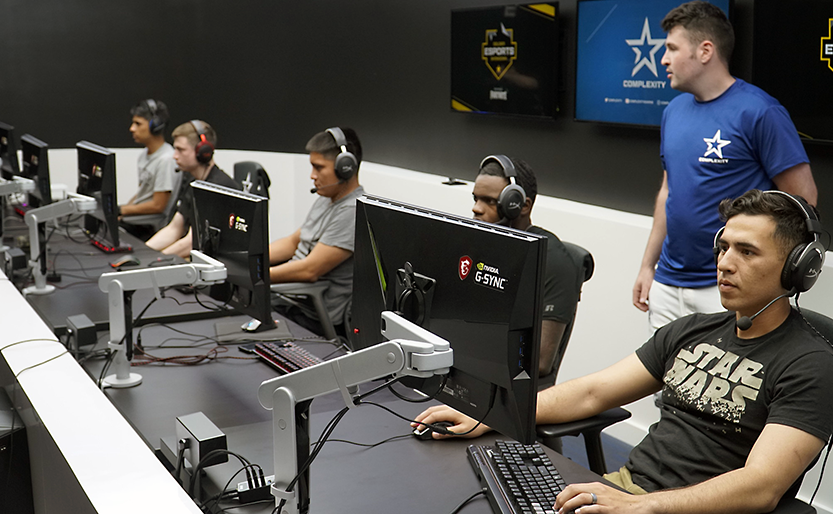 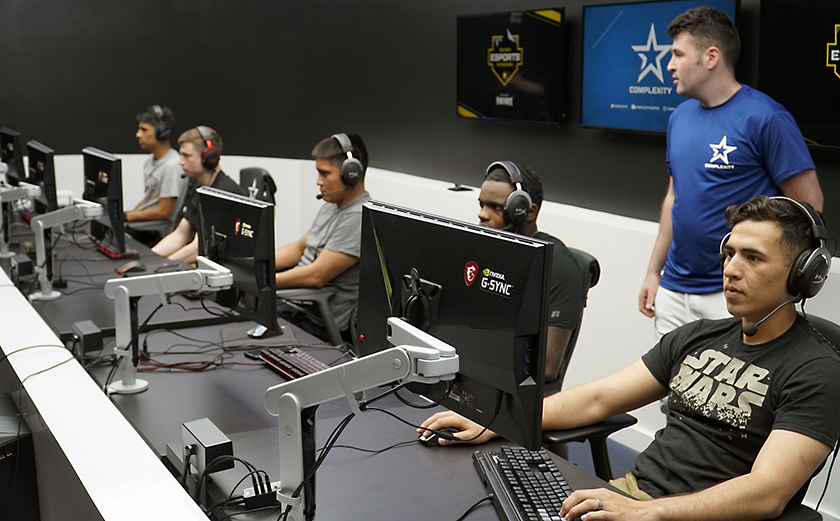 Two weeks after professional gamers visited Fort Bliss, Texas, to see how Soldiers train and live, the tables were turned when 15 Soldiers visited the GameStop Performance Center near Dallas to experience the life of a professional esports gamer.

FRISCO, Texas – U.S. Soldiers come from all walks of life and are stationed all around the world, but there’s one thing they almost all share in common: gaming.

Two weeks after professional gamers visited Fort Bliss to see how Soldiers train and live, the tables were turned when 15 Soldiers visited Complexity Gaming headquarters at the GameStop Performance Center in Frisco on June 28 to experience the life of a professional esports gamer.

The event is part of a partnership between the Exchange, U.S. Army Installation Management Command (IMCOM) Family & MWR Programs, and Complexity Gaming, which are bringing esports tournaments to installations around the world.

“For me, gaming has always been a stress reliever. When you go to work, being in the Army, you do 16-hour workdays, 18-hour workdays,” said Silva, who is stationed at Hawaii’s Wheeler Army Air Field. “Gaming helps you relieve stress and helps train your mind. It requires a lot of hand-eye coordination [and quick] reaction time.”

“The skills needed in gaming are a good blend of what the Army is looking for in Soldiers.”

Esports has become a focus of Army Entertainment, where Family & MWR leaders recently created an Army esports program. This program allows for Soldiers to compete in nationwide tournaments, which build relevant programming and boost morale.

“Gaming is great for cognitive skills, decision-making and teamwork,” said Col. Collin Fortier, the Exchange’s military community liaison. “The skills needed in gaming are a good blend of what the Army is looking for in Soldiers.”

Soldiers around the world submitted applications for the chance to participate in the esports program through Family & MWR’s Better Opportunities for Single Soldiers (BOSS) initiative.

MSI Computer Corp., a presenting partner with the Exchange and Family & MWR, sponsors the BOSS’ Soldier Esports Showdown program that allowed the Soldiers to come to Frisco.

While at Complexity headquarters, the Soldiers played competitive assessment games that measured speed, decision making, dexterity, spatial recognition and audio-visual skills. They also had an opportunity to play against professional gamers.

“It goes to show how much we all have in common, whether it’s sports, esports, military,” said Specialist Joshua Velazquez, also stationed at Wheeler. “They all require a lot of mental endurance and certain physical attributes. I didn’t realize how similar they were before I got here. [It’s] a lot of similar training for the mind.”

More Soldier Esports Showdown events will take place at the BOSS Symposium in Indianapolis this month and at Fort Sill, Okla., in September.

Professional Gamers Get Taste of Military Life Through Exchange Partnership