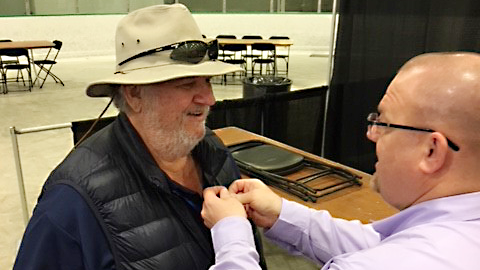 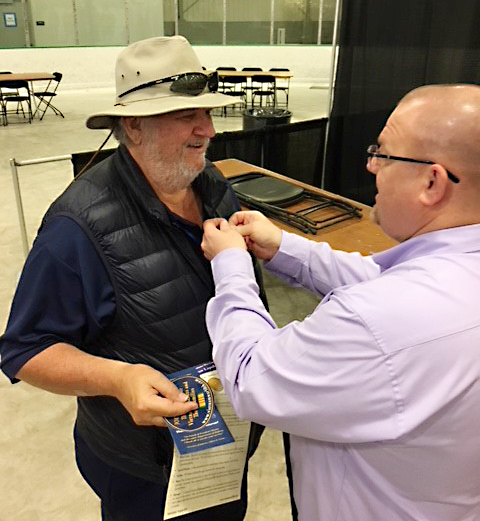 The Grand Forks Exchange emphasized its relevancy to Airmen, their families and Veterans at American Legion Centennial celebrations June 29.

The pins, provided in partnership with the United States of America Vietnam War Commemoration, are tokens of the Nation’s appreciation for these heroes, who, decades ago, did not receive the homecomings they deserve. 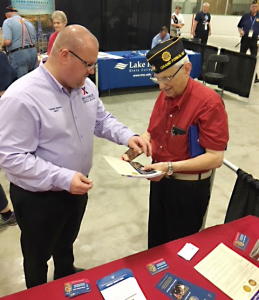 “We want to make sure our customers know Grand Forks Exchange is part of the military community,” Read said. “Any opportunity we have to reach out to Veterans and members of the community that support the Veterans and installation must be taken advantage of to the fullest.”

Managers and associates also spread the word about the Veterans online shopping benefit to attendees and service organizations from throughout the state, Read said.

Col. Cameron Pringle of the 319th Reconnaissance Wing and CMSgt Ryan Thuyns drew the names of Veterans out of a hat for prizes.

Department Manager Alexis Gettinger, who helped at the centennial, was so excited that she wants to know when the Exchange would be participating in the next community event.

“I just love events like this,” she said, “where we are able to interact with the community.”