American troops at a Saudi Arabian base were grateful for the necessities Exchange associates ran to them in a "rodeo."

Associates brought the Exchange’s mission of “We Go Where You Go” to the tip of the spear this week by delivering a rodeo to American troops who just arrived at Saudi Arabia’s Prince Sultan Air Base.

This was the Exchange’s first rodeo since a renewed partnership among Saudi Arabia, the U.S. Department of State and Department of Defense at the base south of Riyadh. In June, the U.S. military began moving equipment and troops to the base after a 15-year absence, according to Military Times.

Dating to World War II, rodeos use helicopters or trucks to deliver necessities, such as food, drinks and hygiene items, to isolated troops.

“The rodeo was by far the most rewarding day of my career with the Exchange,” said Sheila Enderle, the Exchange’s general manager for Qatar, Saudi Arabia and the United Arab Emirates. “One Soldier said, ‘Ma’am I have never had the Exchange come to me—this is awesome!’

“Many have been sleeping in the sand without tents, with only MREs and water. That sight was a first for me. I now truly know what the Exchange is here for.”

Enderle and associates from the Exchange at Saudi Arabia’s Eskan Village carried out the nearly four-hour rodeo, which included two flatbed trucks of snacks, hygiene items, coffee makers and other products.

Enderle said the Exchange will do one rodeo per week and even more if needed.

“I was cc’d on an update to Lt. Gen. Joseph Guastella, commander of the U.S. Air Forces Central Command in Southwest Asia,” said COL Scott McFarland, the Exchange’s Europe/Southwest Asia Region commander. “The rodeo was a huge boost for morale and the best comment I heard was, ‘They seriously brought us everything on our wish list.’

“This is definitely what I call ‘combat retail’ at the tip of the spear.”

See more of our service at Prince Sultan AB 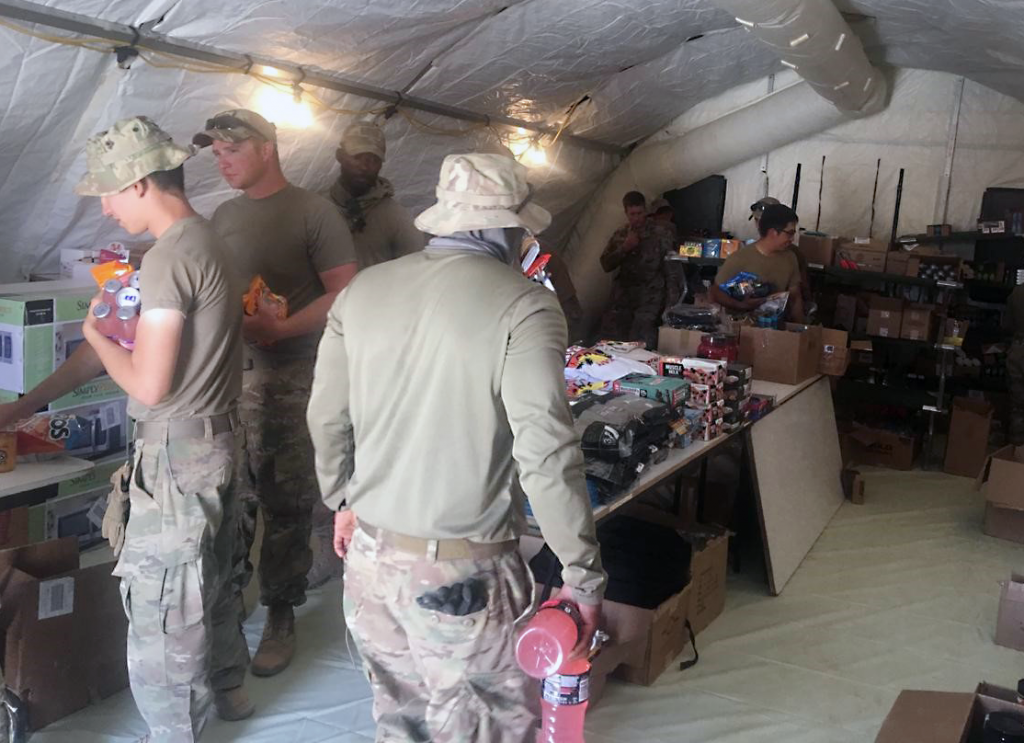 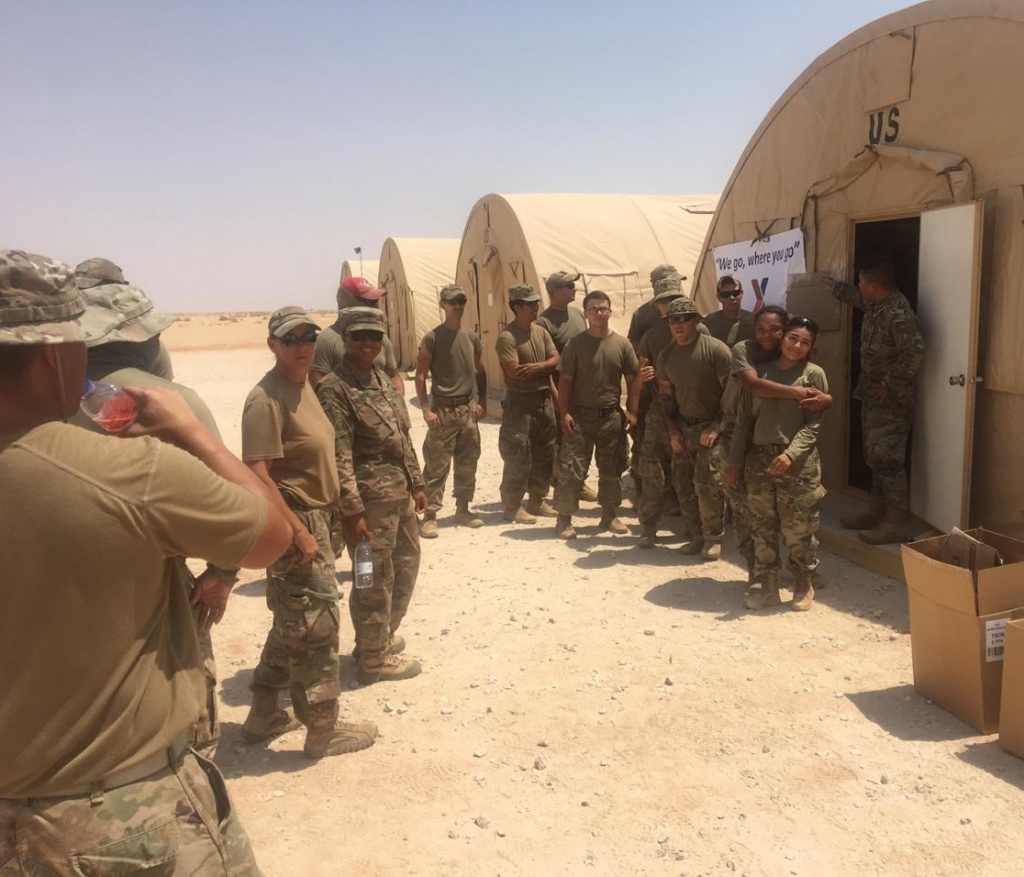 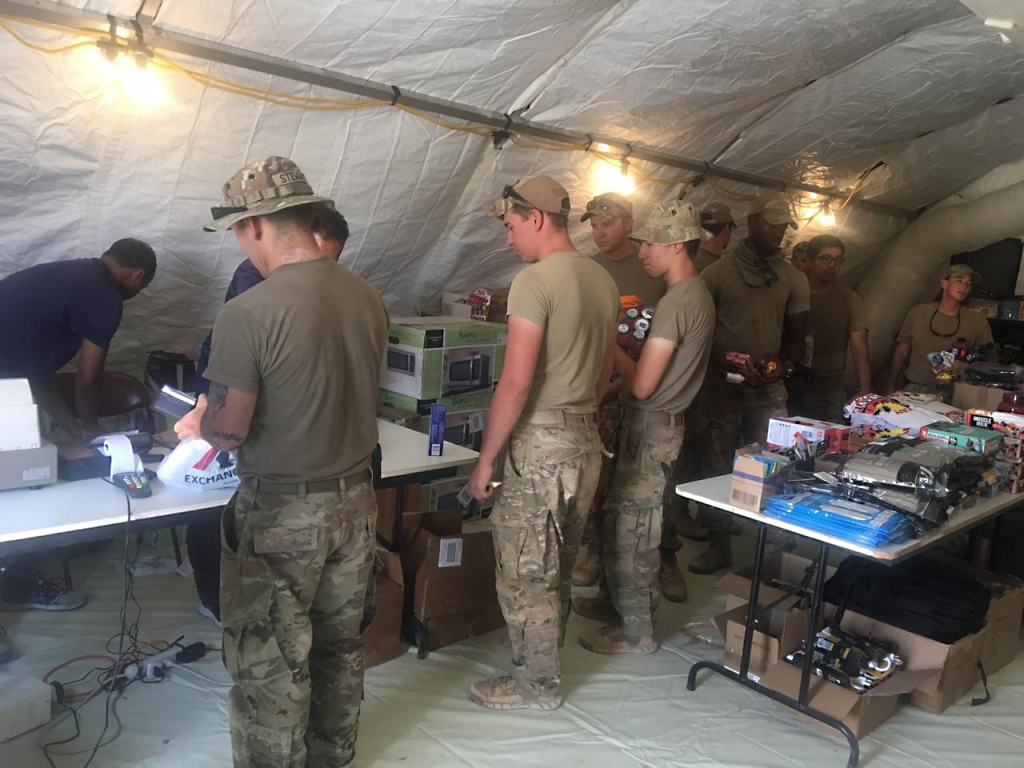 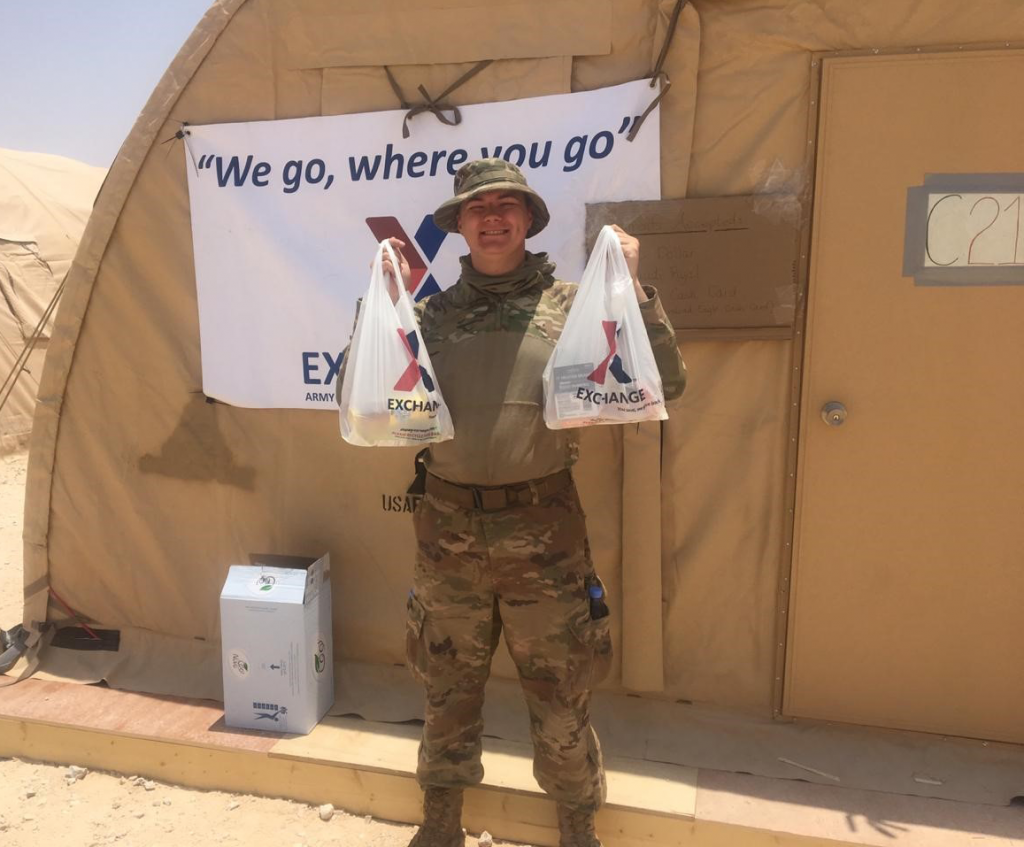 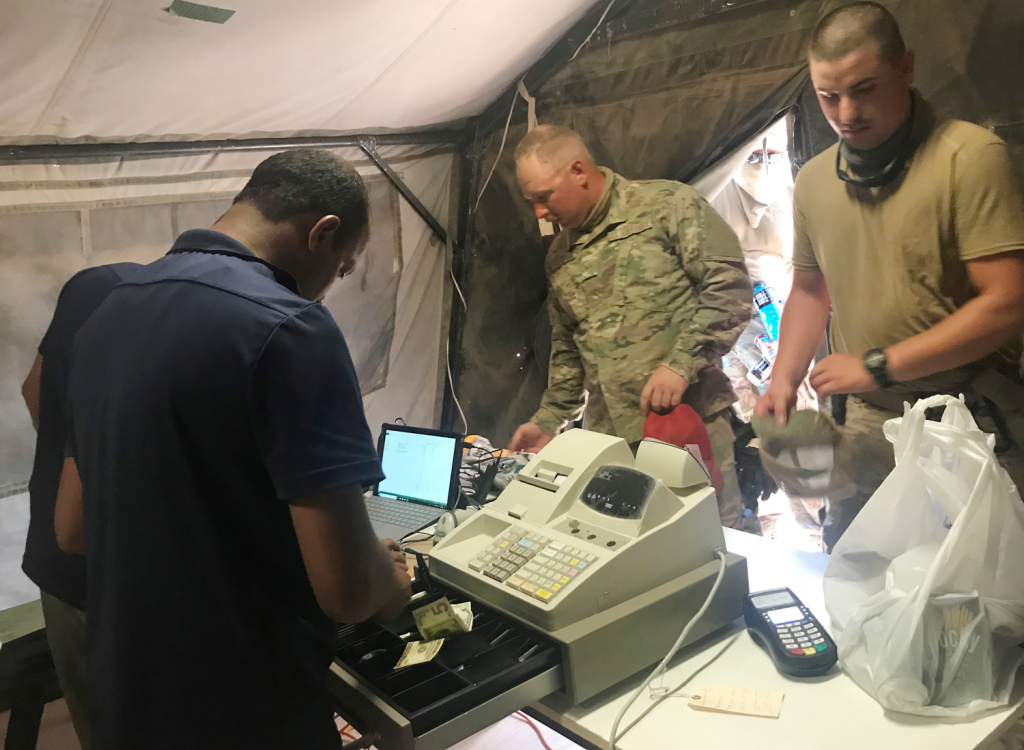 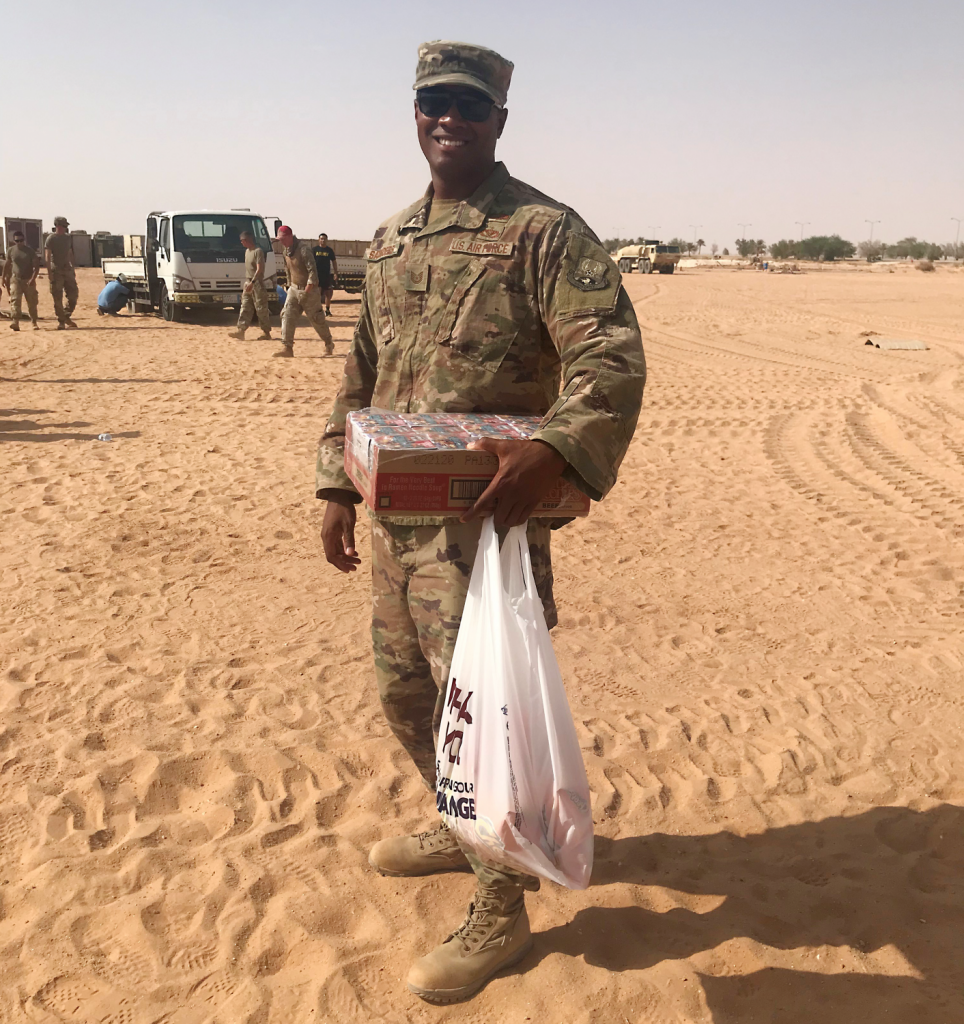 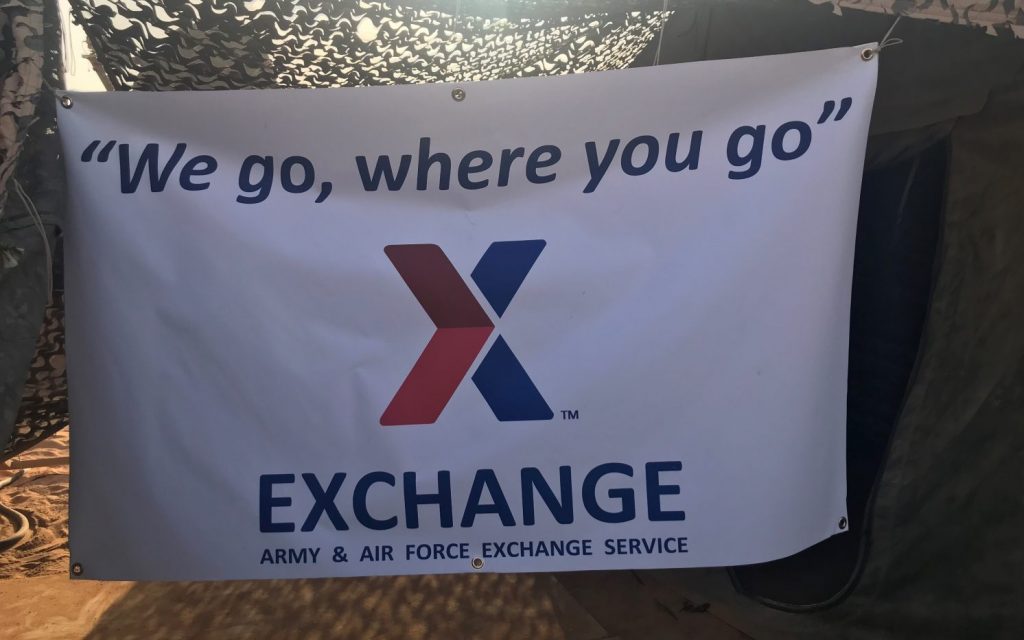 Throughout our history, we've served troops at the tip of the spear.

Hover your mouse over each picture to read more. 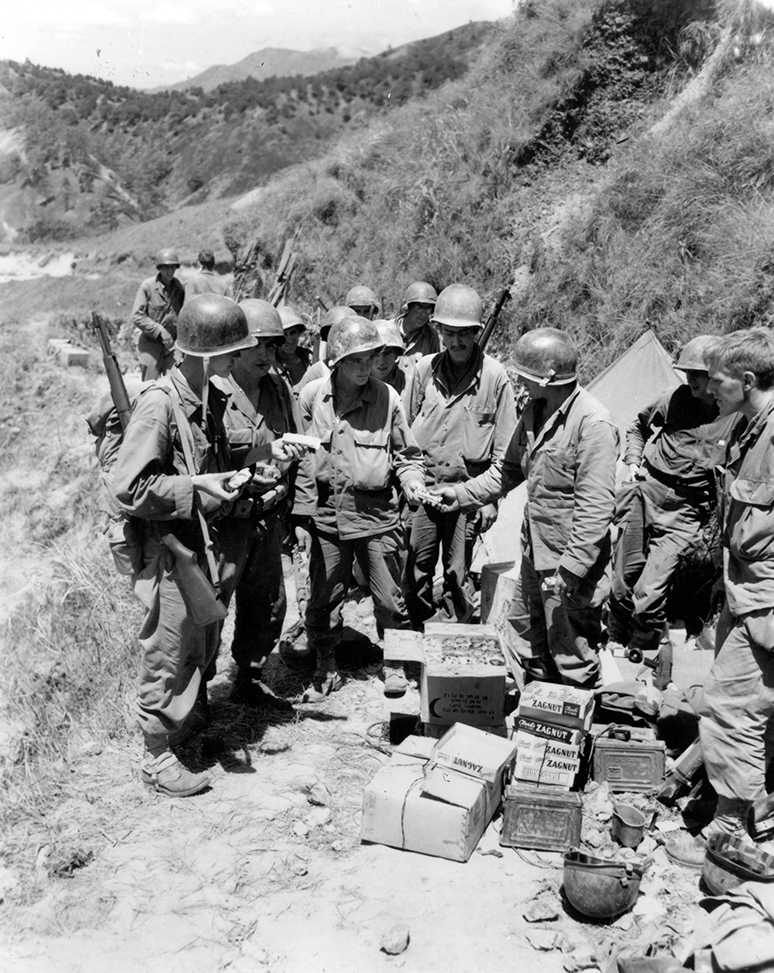 During World War II, American GIs in the Philippines look over supplies delivered possibly from the main store in Manila, 1945 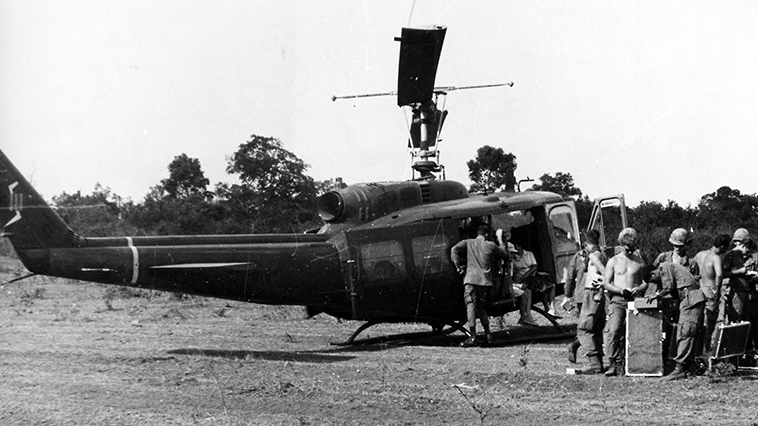 A helicopter was just one way the Exchange got basic necessities to the troops during the Vietnam War, 1967. 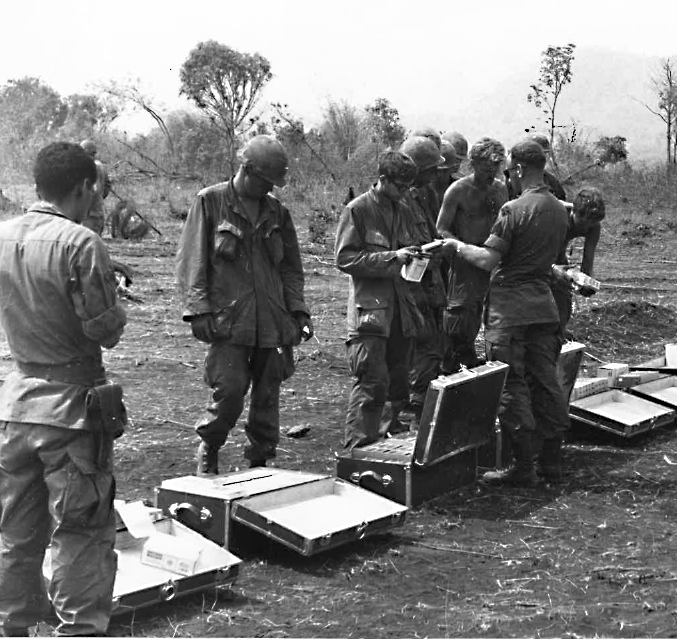 Soldiers during the Vietnam War look through footlockers full of Exchange supplies helicoptered in to their isolated area, 1969. 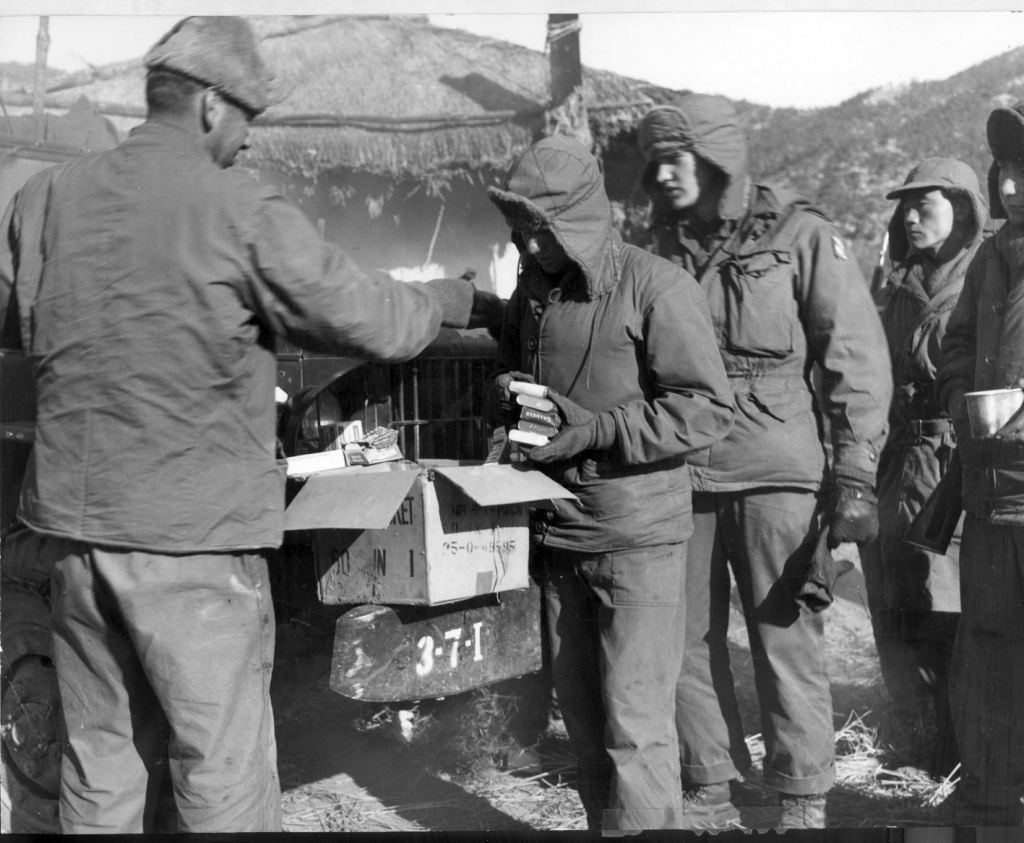 Troops get their PX basic necessities after they emerged from the mountains during the Korean War, 1950.