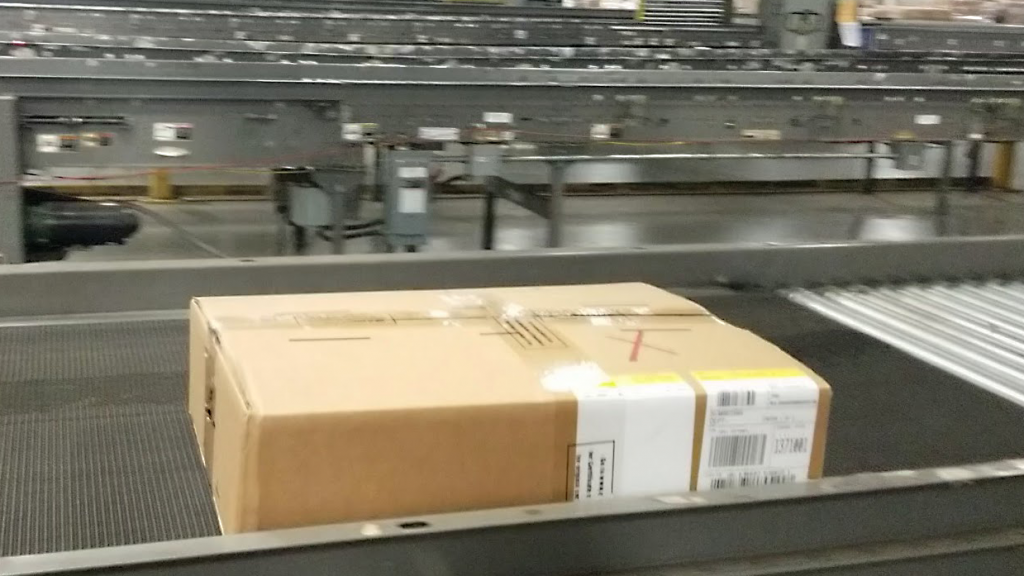 New technology at the Dan Daniel DC speeds up the flow of merchandise through the warehouse.

The Exchange logged another major cost-cutting milestone by going live Aug. 5 with another stage of a modern warehouse management system at the Dan Daniel Distribution Center.

The new phase of technology in the JDA Warehouse Management System brings the most cost-efficient methods of flowing merchandise through the distribution center to the stores, logistics experts said.

“I’m so proud of the entire team effort involved that finally got us here,” said David Adams, director of supply chain information technology. “Monday was a day of firsts for the logistics enhancements we are making.”

The JDA Warehouse Management System enables the Exchange to meet the “Optimize the Supply Chain” strategic priority by streamlining warehousing and delivery so that the route of products from vendors to distribution centers to stores goes as smoothly as possible at the least cost.

“The warehouse management system is expected to speed shipments of merchandise to stores and online orders to customers according to retail industry standards—and posture the Exchange as an omni-channel retailer in an intensely competitive environment,” said Karen Stack, EVP and Chief Logistics Officer.

Installing the warehouse management systems is part of a multimillion-dollar Logistics Enhanced Distribution (LED) project. JDA’s software is already implemented at California’s West Coast DC; at Dan Daniel for fashions; at the Waco DC in Texas for e-commerce; Germany’s Germersheim DC; and the Specialized Jewelry DC at HQ.

Exchange logistics experts sang the praises of the new system as it began operating at the Dan Daniel DC in Newport News, Va.

“We tested the system on Sunday in preparation for Monday,” Adams said. “Everything worked as expected. We couldn’t be happier.”

(Watch a video on the launch).

Who is Dan Daniel?

Dan Daniel never worked for the Exchange, at least not on the payroll. As a U.S. representative from Virginia and member of the House Armed Services Committee, he is credited with working tirelessly on the Exchange’s behalf to gain necessary approvals in Washington for the organization’s first ultra-modern distribution center.

In 1985, the Exchange bought 94 acres from the city of Newport News, Va., for $10. The distribution center named after Daniel began operating in 1987. Daniel passed away the next year.