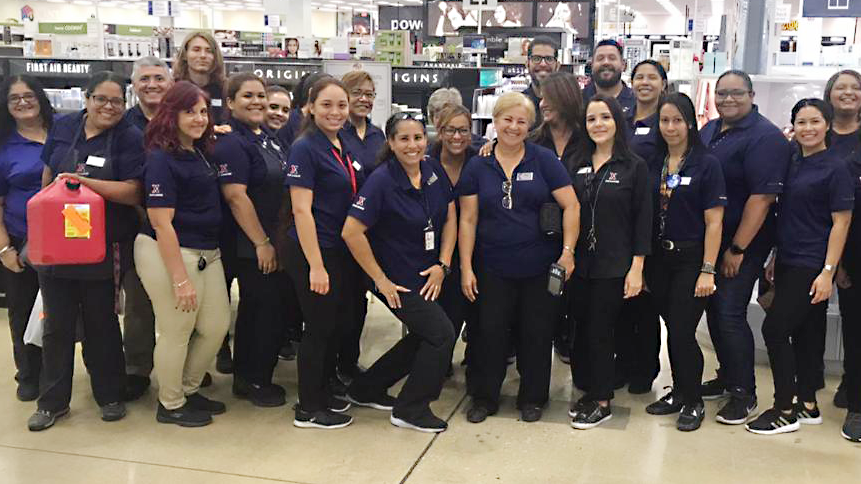 “The associates are confident that they are going to be okay because they made it through Maria. Some are anxious, based on their Maria experiences, but we are an experienced team working together and all of us know that we will be okay,” their general  manager, Stephanie Wilson, said.

Exchanges at Puerto Rico’s Fort Buchanan and Camp Santiago closed at noon Wednesday as the island prepared for Tropical Storm Dorian to strike with near-hurricane force winds sometime in the afternoon.

Only mission-essential personnel were allowed on the installations, which shut down at 11 a.m. today with no decisions on when they would reopen.

“The associates are confident that they are going to be okay because they made it through Maria,” said General Manager Stephanie Wilson. “Some are anxious, based on their Maria experiences, but we are an experienced team working together and all of us know that we will be okay.”

No fuel issues exist, but water is the only critical item in need. The Dan Daniel Distribution Center is sending nearly 108,000 bottles of water via cargo ship to Puerto Rico, the first batch arriving on Monday. 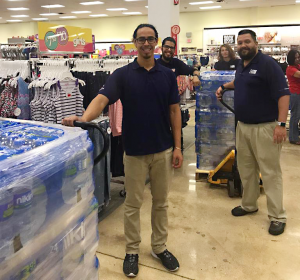 Still not recovered from Hurricane Maria two years ago, Puerto Rico faces as many as 10 inches of rain in parts of the island, the National Hurricane Center says.

Exchange managers also are monitoring forecasts from the National Weather Service that Dorian could strengthen into a hurricane and hit Florida or other parts of the Southeast coast during the Labor Day weekend.

That prediction comes nearly a year after Florida’s Tyndall AFB took a direct hit from Hurricane Michael. The storm heavily damaged the Exchange’s main store, Expresses and other businesses.

Exchanges at the two installations are “seeing a run on some items,” Clark said. “Fuel pumps are getting busy. Customers are filling up containers.”

All Exchange directorates come together to support the mission as we push through hurricane season each year,” said Eastern Region Vice President Jesse Martinez.  “Logistics, IT and Merchandising, in addition to the planning, allocation and replenishment group, are just a few of the keys  that help the Eastern Region team remain standing strong through all the challenges.”