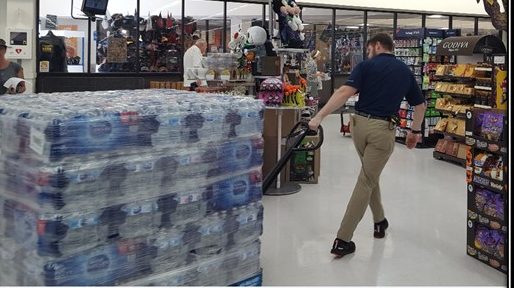 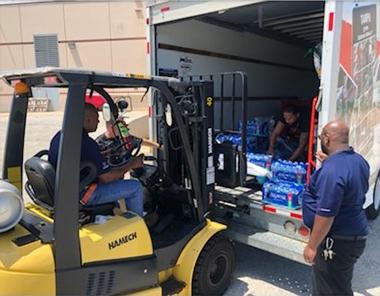 By Saturday, Exchanges in the Southeastern United States will have more than 145,000 emergency supplies, including at least 26,000 gallons of water, enough to fill a backyard swimming pool.

Main stores and Expresses from Florida to North Carolina were continuing to brace for Dorian, a Category 3 storm expected to hit probably over Labor Day weekend—and forecasters predicted Florida as its primary target.

Here is a breakdown of the emergency supplies:

A tanker makes a delivery of fuel to Patrick AFB to meet customer demand.

By the Numbers-The Top Items:

As for Dorian itself, all of Florida remained under a state of emergency Friday. Gaining strength, the hurricane could slam into the Sunshine State as soon as Monday as a Category 4 storm, but its track still remained uncertain Friday afternoon.

By comparison, Hurricane Michael, which devastated Tyndall AFB, Fla., in October 2018, was a Category 5.

Eastern Region Vice President Jesse Martinez said he is coordinating with all Exchanges in Southeast to create small teams of managers and associates who could go to Patrick AFB or Homestead ANGB to help on short notice, if needed.

Requests for bottled water had come into Exchange headquarters from stores at Eglin AFB and Tyndall AFB on Florida’s western Panhandle. The order was sent to the Waco DC in Texas for fulfillment.

Waco DC managers said they have generators and 60,000 bottles of water in stock to send to the stores.

The Patrick AFB Exchange’s Facebook page posted announcements of just-arrived electrical generators. The store sold out of the generators, but were awaiting for another shipment to arrive soon.

Keep up with the latest on Hurricane Dorian in your Exchange Post.