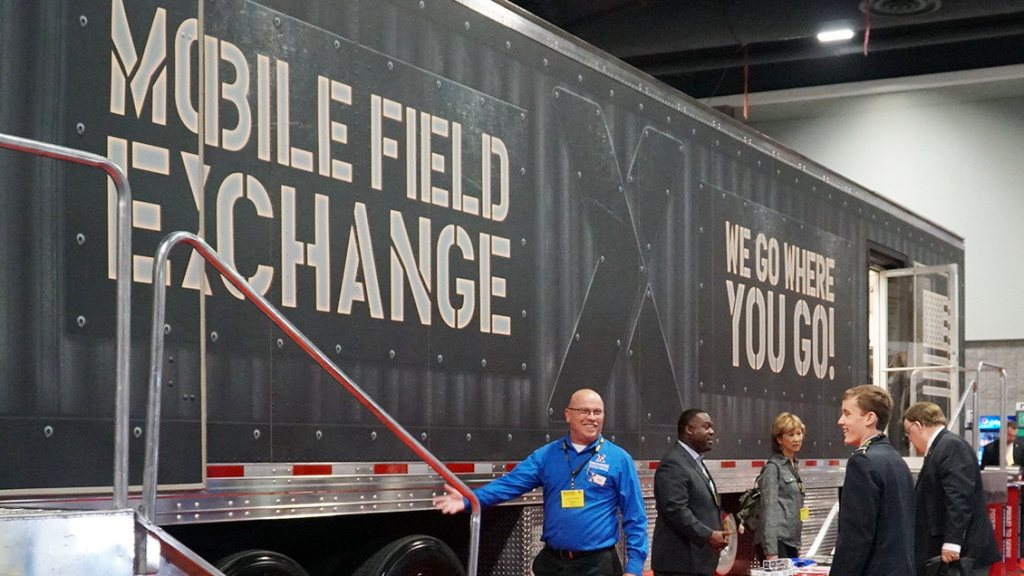 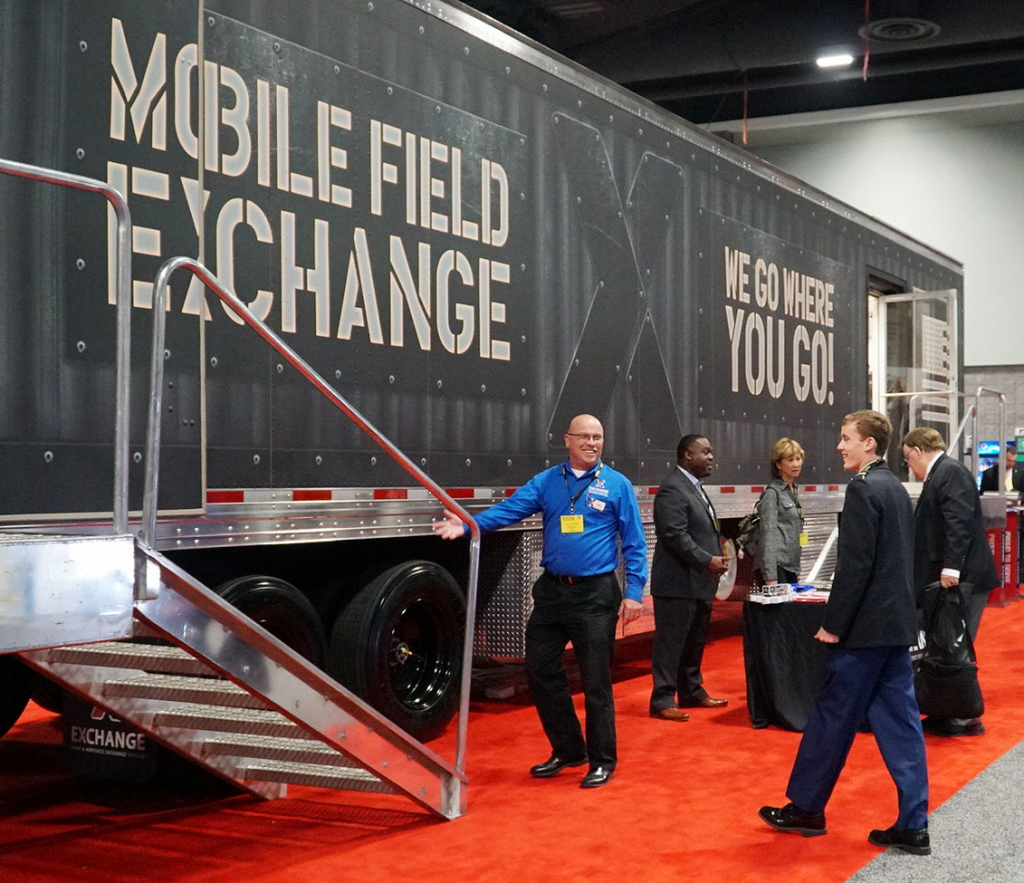 WASHINGTON — The Exchange is debuting a new look for its mobile field Exchange (MFE) at the Association of the United States Army annual meeting, highlighting the extraordinary support for troops serving in contingency operations or after natural disasters at home.

The 53-foot “Exchange on wheels” is decked out in black and prominently features the Exchange’s “We Go Where You Go” motto. At AUSA, visitors can walk through it, learning about the history of the Exchange’s mobile support, which dates back to World War II.

“This is the first time the Exchange has brought an MFE to the AUSA expo—and it’s an honor to showcase our capability for taking care of Warfighters no matter where they go,” said Exchange Director/CEO Tom Shull. “This new design is powerful—just like the troops MFEs serve around the world.” 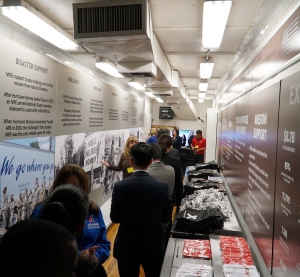 Inside the MFE, visitors learn about the history of how the Exchange have used mobile stores dating back to World War II.

When troops are far from home and in remote locations, the Exchange goes to them. MFEs are stocked with supplies, hygiene products, food, drinks and other essentials.

MFEs serve troops in Southwest Asia, Eastern Europe and other austere locations worldwide. This year, the Exchange deployed MFEs to Guyana as part of New Horizons 2019 and to Guatemala for Beyond the Horizon 2019.

During natural disasters or other crises, MFEs can deploy within 48 hours. Last year, an MFE was sent to Tyndall Air Force Base just days after Hurricane Michael—it was the only store open for miles.

Though it’s being used as a showpiece at the AUSA meeting, the MFE is a working unit. It will also be featured at the 120th Army-Navy Game in Philadelphia in December so Cadets and Midshipmen can get a firsthand look at how the Exchange will support them throughout their careers.

“MFEs deliver a lifeline, allowing troops to focus on their mission,” Shull said. “It is a privilege to provide a taste of home to those who serve, no matter where they go.”

Check out the Exchange History Flickr Album under the “Mobile Exchanges” section to see how we’ve gone where the troops have gone since World War II.