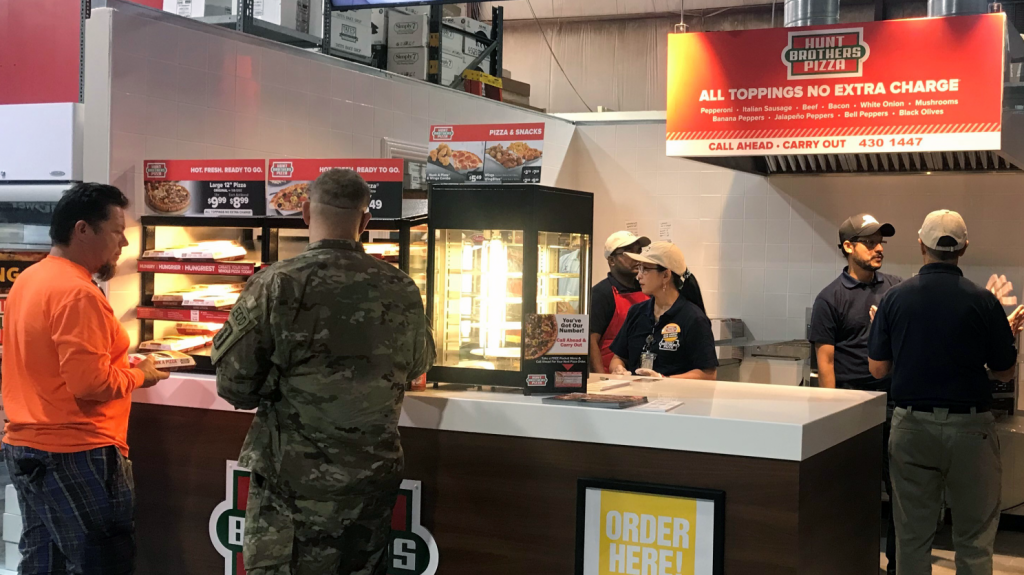 Hunt Brothers a Big Hit with Troops in Kuwait 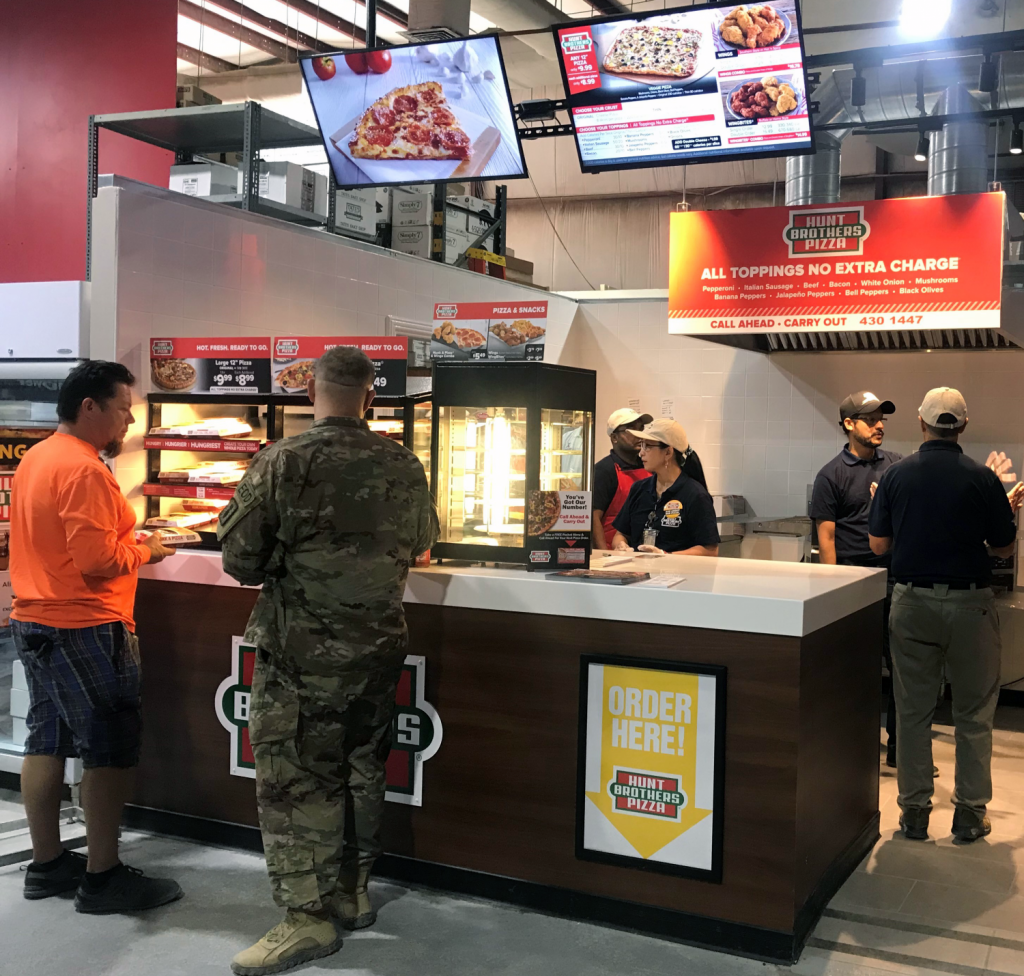 Hunt Brothers, with 48 locations on Army and Air Force installations worldwide, brings yet another taste of home to those serving in Kuwait.

If there was any question whether troops serving in Kuwait missed that taste of home pizza provides, the opening of Hunt Brothers Pizza locations at Camps Arifjan and Buehring and Ali Al Salem Air Base quickly provided the answer.

All three locations opened in October, with Beuhring setting a record for highest one-day sales in the history of the company at $5,791. Arifjan was not far behind with $4,673 in first-day sales. 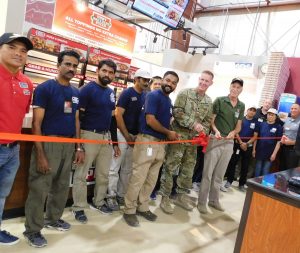 Three Hunt Brothers Pizza restaurants in Kuwait are giving deployed troops what they want — a taste of home with pepperoni and plenty more toppings.

For the month of October, the locations were Nos. 1 and 2 in sales for all Exchange Hunt Brothers locations worldwide.

“Opening these quick-serve restaurants is what we do,” said Kuwait/Jordan General Manager Stan Young. “It’s not about sales here. It’s all about putting smiles on the faces of those serving. We realize they probably miss home and this type of restaurant gives them a short break from those feelings.”

Hunt Brothers, with 48 locations on Army and Air Force installations worldwide, was thrilled to bring yet another taste of home to those serving in Kuwait.

“Opening the first Hunt Brothers at Arifjan was amazing, and the service members who came were extremely happy,” said Robinson Hunt of Hunt Brothers Pizza. “All of the staff and leaders within the Exchange are world-class and solely responsible for flawlessly planning and executing the program.

“We are honored to partner with the Exchange to bring this taste of home to service members so far from their families.”

Another Taste of Home: Hunt Brothers Pizza Comes to Kuwait