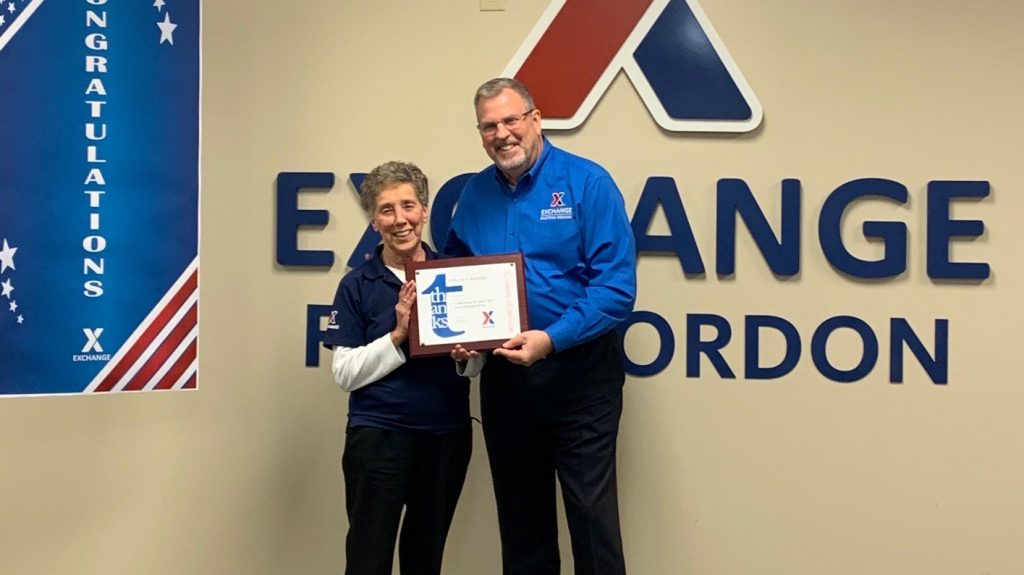 50 Years of Service: ‘I’ve Enjoyed Every Single One of Them” 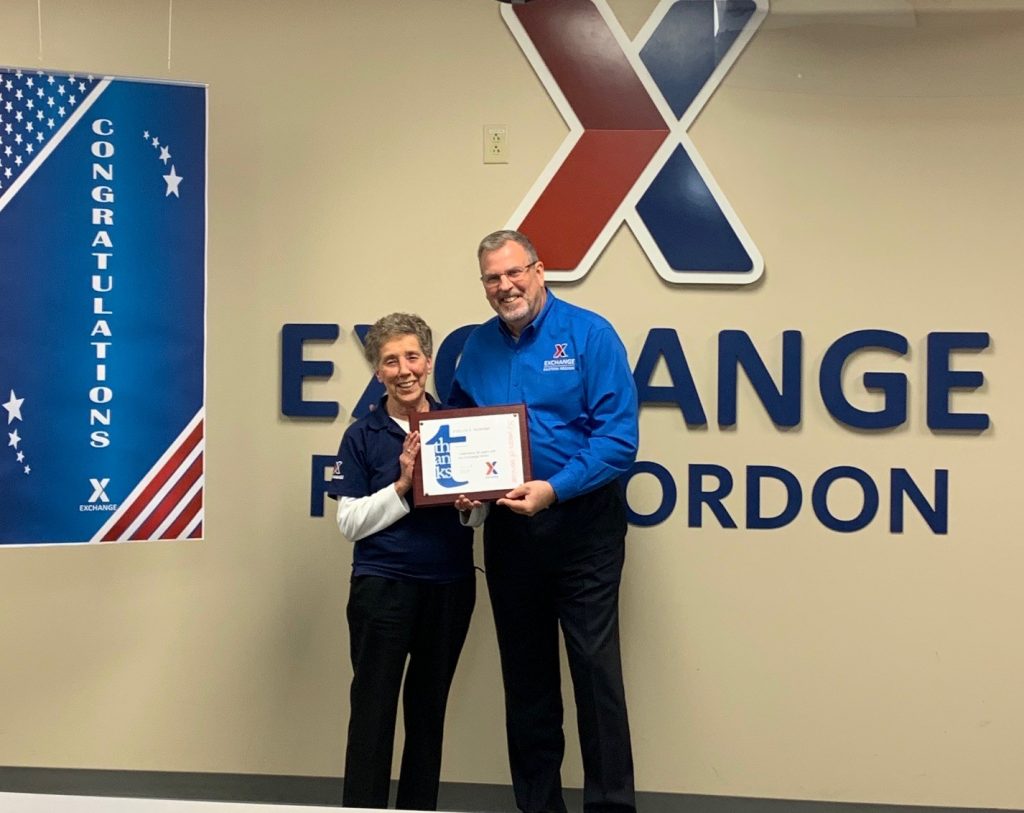 Evelyn Huskins didn’t even know her Exchange career hit the 50-mark mark until she got a letter from HR.

“I read the letter and thought, ‘My word! I have been here that long!’” said Huskins, a stocker at Fort Gordon, Ga., who turned 75 on Dec 22. “The years have just flown by, but I’ve enjoyed every single one of them, taking care of the Soldiers and seeing how appreciative they are that we are serving them.

Eastern Region Senior Vice President Bob White presented Huskins with coins from Exchange Director/CEO Tom Shull and EVP/Chief Operating Officer Dave Nelson, plus a Thanks award to honor her for the devotion to serving the troops and military families for so long.

Huskins’ late husband, Paul, was a Vietnam Veteran who traveled with his wife around the world, starting in 1966 at Fort Myers, Va.

Three years later, she returned to Fort Gordon as a cashier-checker, then rose through the management ranks to finally become manager of the Fort Gordon troop store in 1996. She retired from the Exchange after logging 35 years.

After taking a six-month vacation, Huskins found she couldn’t stay away—and rejoined the Fort Gordon Exchange as a stocker. She has no plans to retire.

“Being at the PX is a family thing,” Huskins said. “All of us who work here treat each other like family. The customers come in and take a liking to you, you take a liking to them, and they come back to hunt you up to see how you’re doing.”

“I can always count on Evelyn to keep our shelves stocked with merchandise, especially at this time of year, our busiest shopping season,” Nguyen said. “She is a truly outstanding teammate whose distinguished contributions set the bar high for us all.” 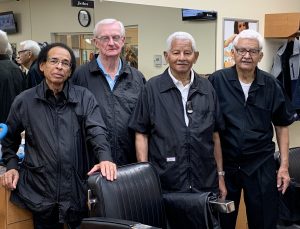 Exchange barbers at Fort Gordon were featured recently by a TV station in Augusta, Ga., for each bringing more that 50 years of experience to serving customers.