Pausing to Honor the Fallen On Memorial Day, Let’s Remember the Heroes

We are a free nation because of these great Americans. We remain free because of the people we have the privilege to serve today. 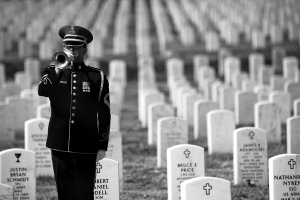 On Memorial Day, the nation pauses to honor service members who, in Abraham Lincoln’s words, “gave the last full measure of devotion” while serving our nation.

We are a free nation because of these great Americans. We remain free because of the people we have the privilege to serve today.

The honor rolls of fallen Americans come from every state, every military unit. One such unit is the Rangers, who predate the Revolutionary War.

In World War II, the Rangers distinguished themselves in both Europe and the Pacific. On June 6, 1944, the Rangers, led by Lt. Col. James Rudder, scaled Normandy’s cliffs to destroy German guns threatening the D-Day landing beaches.

On the other side of the globe,  Merrill’s Marauders distinguished themselves deep behind Japanese lines in Burma, earning the rare distinction of each being awarded a Bronze Star.

Accomplishing tasks with little or no prompting 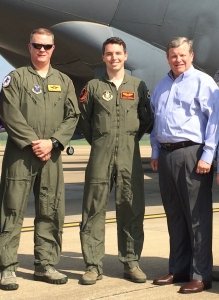 As a newly minted second lieutenant, one of the many things I learned while attending Ranger School was that Rangers value independent individual initiative. That’s because they operate in small units, often deep behind enemy lines. Their motto, “Sua Sponte,” means “on your accord.”

To the Rangers, Sua Sponte means they accomplish tasks with little or no prompting. They have the courage to use good judgment.

The Ranger motto is in line with the Exchange Core Value: Courage to Use Good Judgment. Just like the Rangers, who do not need prompting to perform bravely in battle, Exchange associates are encouraged to use good judgment.

Exchange associates: the courage to use good judgment

On their own accord, after the Oklahoma City bombing, Exchange associates were the first to arrive with blankets and water for the children leaving the torn building’s child development center.

On 9/11, Bob Ellis (Washington Office director) and Beth Goodman-Bluhm (Andrews AFB manager) set up a makeshift exchange in the Pentagon parking lot to serve emergency personnel. Steve Williams and the Fort Hamilton team did the same in New York City.

After Superstorm Sandy, Fort Hamilton would again take the initiative to serve emergency personnel, along with Team West Point.

Each of us has an important role in delivering the level of service that our Soldiers, Airmen and families deserve.

Recently, when a bomb threat warranted evacuating the Nellis AFB Child Development Center in Nevada, General Manager Lawrence Simmons and his team set up rooms in the main Exchange for the 300 children, offering coloring books from the shelves and setting up a movie in the break room.

These are a few of the many examples of Sua Sponte at work. When I visit Exchanges, I hear amazing stories about associates taking the initiative and using good judgment.

If you have a story of an associate meeting the ideals of Sua Sponte, please share it here. I look forward to reading your submissions and sharing them.

Sua Sponte is doing the job you are hired to do without needing to be told to do so. Each of us has an important role in delivering the level of service that our Soldiers, Airmen and their families deserve.

The better we serve them . . . the better prepared they are to serve.