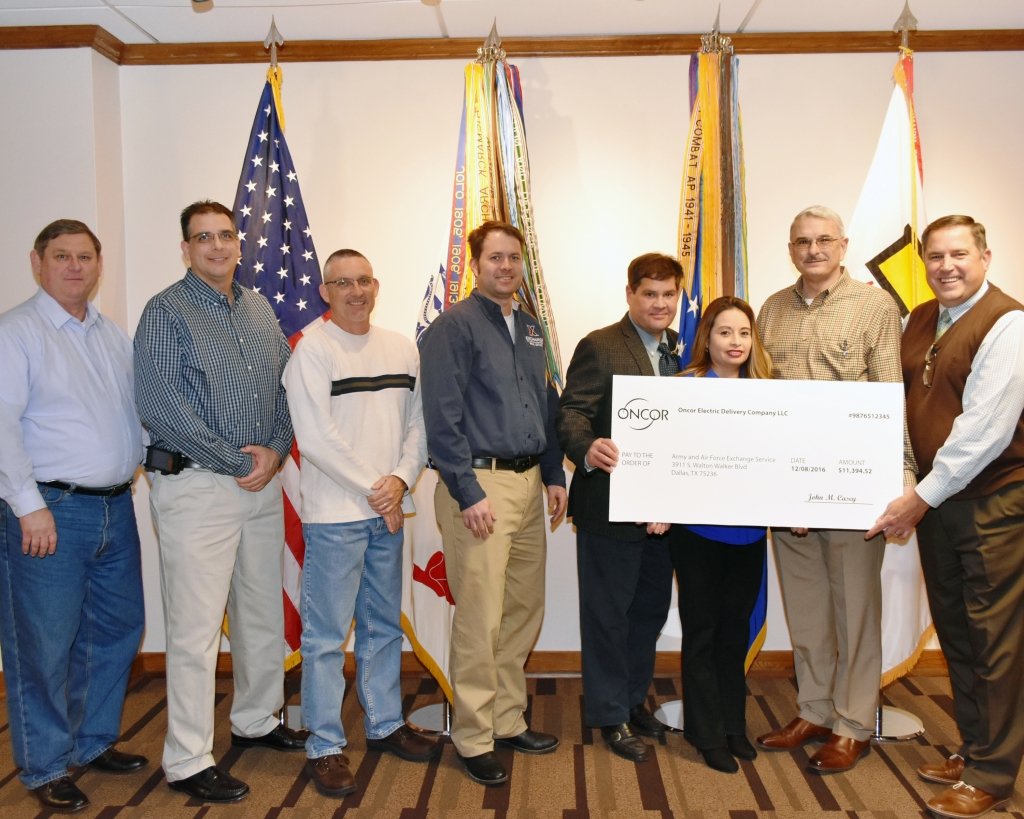 Real Estate project team members took on an illuminating project when they replaced original exterior lights, poles and fixtures at HQ that were more than 50 years old.

It was more than an energy savings project, since more than 25 percent of the existing lights were inoperable, causing maintenance, safety and security concerns. The scope of the project was sizeable: replacement of 146 old lights with 103 new LED fixtures and adding 7 new poles to ensure complete and balanced illumination of the HQ campus. The annual electrical savings — $18,400.

In December, the Exchange received a rebate check for $11,395 from Oncor, the utility provider, as part of the effort. The team was proud of their efforts and wanted to present the rebate to Deputy Director Mike Immler, as this money goes back to the Exchange’s bottom line.

Michael Smietana, vice president of real estate, said, “It was an amazing effort by the entire team, which included: RE and PZ associates, Koegel electrical consultants, and the contractor (FSG), the security guards who helped orchestrate the relocation of vehicles and many others. Projects like these generate long term, lasting reductions in SG&A. Well done team!”