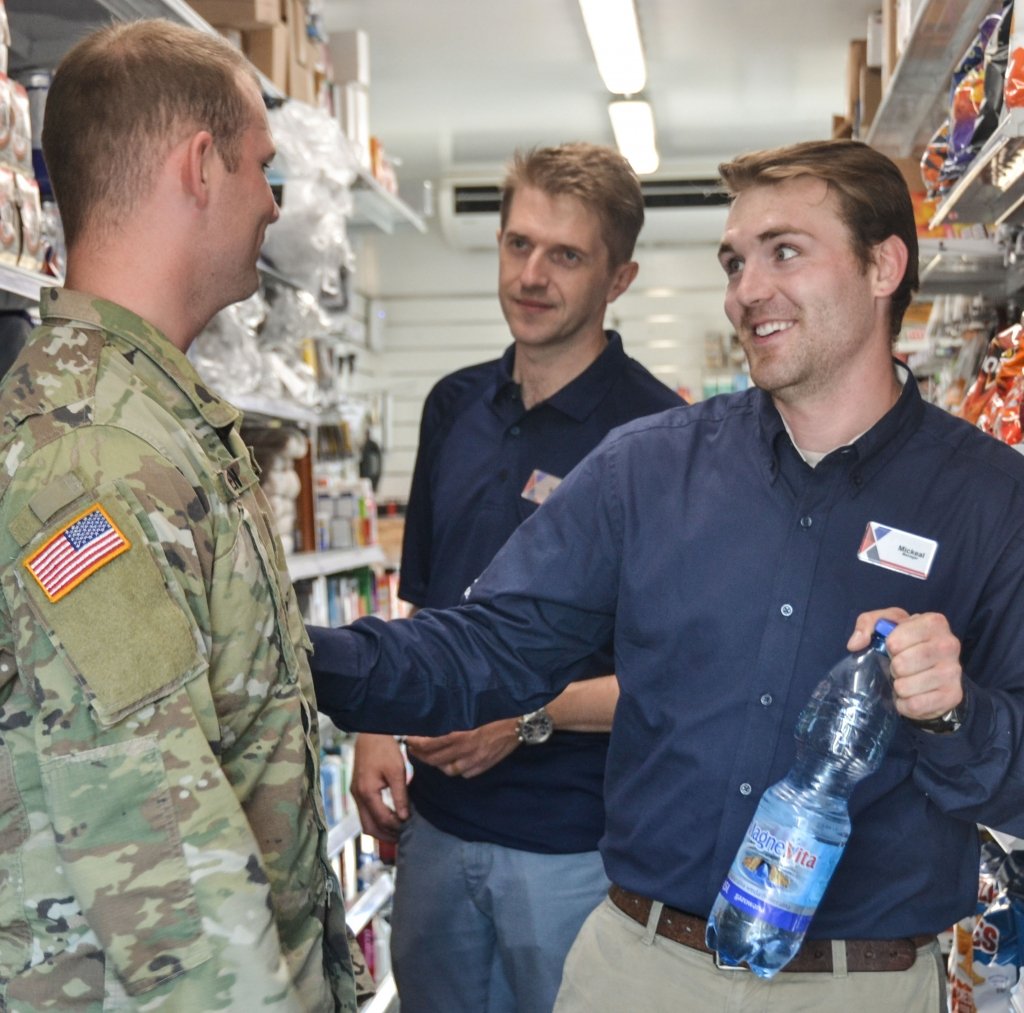 From an MFE, Five Associates Serve 1,000 Troops at Tip of Spear

In April, his passion for serving led him to the tip of the spear in Poland, where he leads a team running a mobile field exchange (MFE) at Bemowo Piskie Training Area.

“The best part is working with these local nationals . . . They work hard, and they get stuff done.”

“I was a medic in the Army, so I got to serve Soldiers and take care of them,” said Jenkins, who served in the Army for four years. “This is something I love to do.”

Jenkins joined the Grafenwoehr Exchange in Germany two-and-a-half years ago and has worked in food and retail roles. He deployed last year to support troops serving in Poland during Anakonda 16. The experience was so rewarding that he decided to deploy again.

Living as Soldiers do

Because the four contract associates who work with Jenkins are Polish nationals, they live near the installation and go home after each shift.

Jenkins, though, lives as Soldiers do—he sleeps in the barracks and eats his meals in the chow hall. And, just like the Soldiers, he isn’t able to leave the installation.

“I don’t get any special accommodations,” Jenkins said. “It does get kind of lonely, but it doesn’t bother me. It’s more rewarding that I’m here, bringing goods to these guys who need and want it.”

Robert Golaszewski, a Polish national at the MFE, said Jenkins is a natural teacher.

“I’m still learning how this works, and we learn a lot from him,” he said. “We get better every single day.”

Jenkins and the team stay busy stocking the MFE, ordering merchandise and tending to roughly 500 customers a day.

While he loves taking care of Soldiers, Jenkins is fond of those who serve alongside him.

“The best part is working with these local nationals,” Jenkins said. “They’re really cool, really great guys. They work hard, and they get stuff done.”