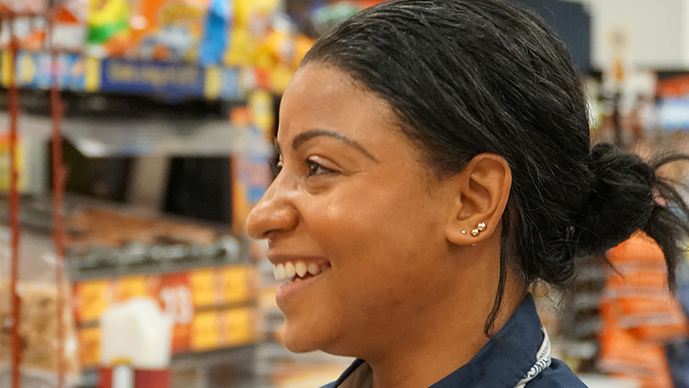 For These Veterans, Working at the Exchange Was Like Coming Home

For Julissa Pettway, working at the Exchange feels like coming home. Pettway, a former Airman, is one of many Veterans who have joined the Exchange after hanging up their uniforms.

“I chose the Exchange for employment because the Exchange was home,” said Pettway, who manages the Gate 1 Express at Fort Gordon. said. It was a familiar place to start post-military.”

Pettway began her career with the Exchange in 2008 at Cannon AFB, N.M., as a reorder associate. She completed Retail Management Training (RMT) in 2016, and then became store manager at the Fort Gordon Class Six before being promoted to her current position.

Pettway is excited about her opportunities and feels the Exchange it committed to Veterans by “serving your past and upholding your future.”

“The Exchange is a family who truly believes in ‘We go where you go.’ Where legacy matters, and you and your service matters,” Pettway said. 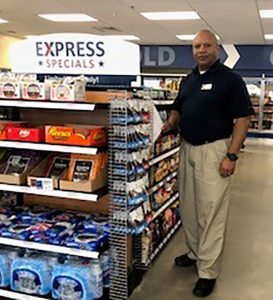 “I served in the Army for 26 years obtaining the rank of Command Sergeant Major,” Jefferson said. “For me, joining the Exchange after I retired was like coming home.”

Jefferson enjoys his new role and feeling a connection with those he serves.

“Working at the Exchange is a unique way to support those who have served and those still serving,” he said.

Jefferson began his career with the Exchange in 2015. He finished RMT in 2016 and was assigned to Fort Benning, Ga., as a store manager. He believes serving those who serve is a calling for Veterans.

“Veterans who are interested in having a direct impact on the morale of Soldiers, Airmen and their families and enjoy taking care of people will find the Exchange is a great fit,” he said. 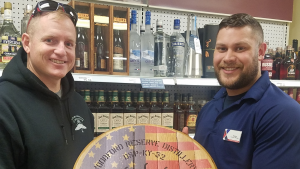 Xavier Morales, assistant store manager at the Fort Campbell Express, started his career with the Exchange in 2017. He was honorably medically discharged from the Army in 2016 but missed being part of the military family.

“I was born into a military family,” Morales said. “My father spent more than 20 years in the Army. Once I got out, I tried to find ways to give back and work on an installation, so I could be around my military family. It’s all I have known my entire life.”

“During my 20 years of service, my family and I were regular patrons of the Exchange and enjoyed using many of the services MWR provided, such as movies and bowling,” Marason said. “It was the Exchange and the products and services that they provided that gave me a taste of home and a pause from the chaos during my three deployments to Iraq. After I retired, I took a year to focus on school, but when it was time to look for my next rewarding career, the Exchange was at the top of my list.”

If you are a Veteran working for the Exchange and would like to share your Family Serving Family story, send your information to exchangepost@aafes.com.

Associates who are Veterans and interested in the Veterans Retail Management Training program should contact their local HR office for more information.