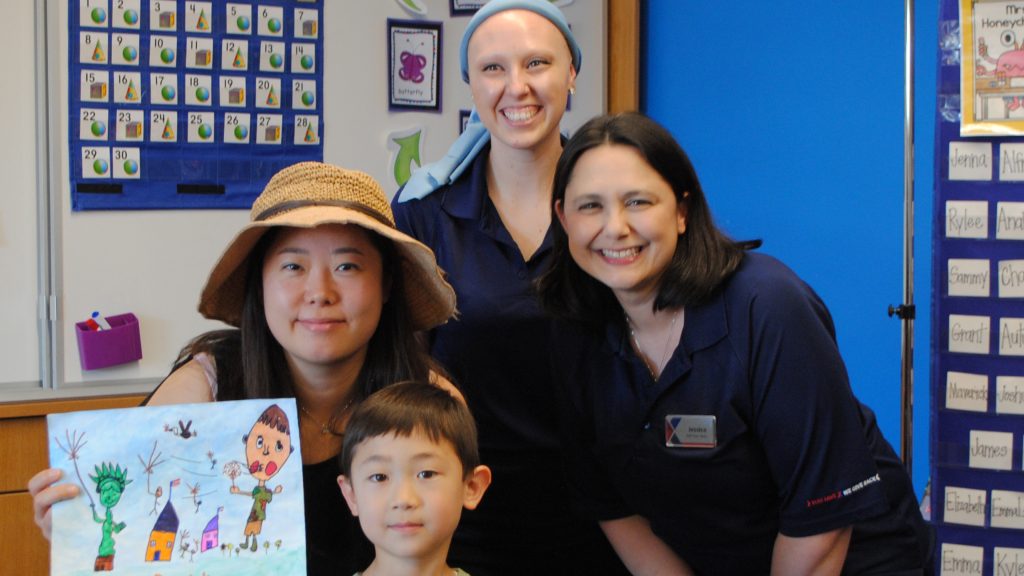 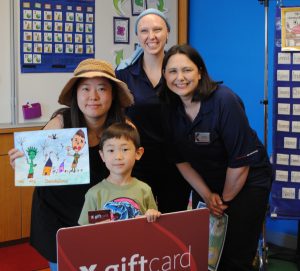 TRAVIS AFB, Fla.  – The  Exchange at Travis AFB recognized the winners of its Dandelion: Flower of the Military Child writing and art contest with $350 in Exchange gift cards.

Exchange officials awarded the 22 students during two presentation ceremonies held April 20 and 23 at Scandia and Travis elementary schools. The students’ winning entries were displayed  in the Exchange food court through April 30.

“Just like dandelions, military children blossom wherever they land,” said General Manager Flor Payton. “The Exchange is privileged to honor these talented young artists and writers. They, like military children all over the world, make the Warfighter’s mission and focus possible.” 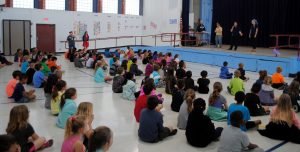 The Exchange’s Jessica Jones and Amanda Greene announce the winners of their Dandelion: Flower of the Military Child writing and art contest contest.

The contest, which ran March 23 through April 12, invited Travis AFB students to express what it’s like to be a military child through art or in writing.

It was held in honor of Month of the Military Child, which every April recognizes the contributions of Warfighters’ children to the armed forces community.

Three winners were selected for each age group (kindergarten, first through second grade, third through fourth grade and fifth through sixth grade) in writing and art categories. First-, second- and third place winners were respectively awarded $25, $15 and $10 gift cards.

Children who entered but did not win received a participation certificate and an $8 Exchange food court gift card.