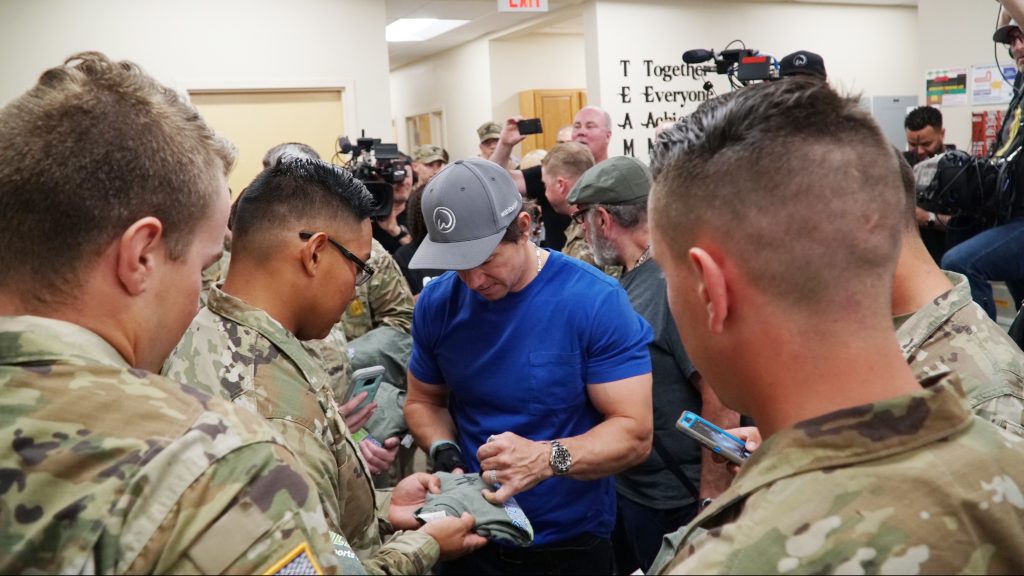 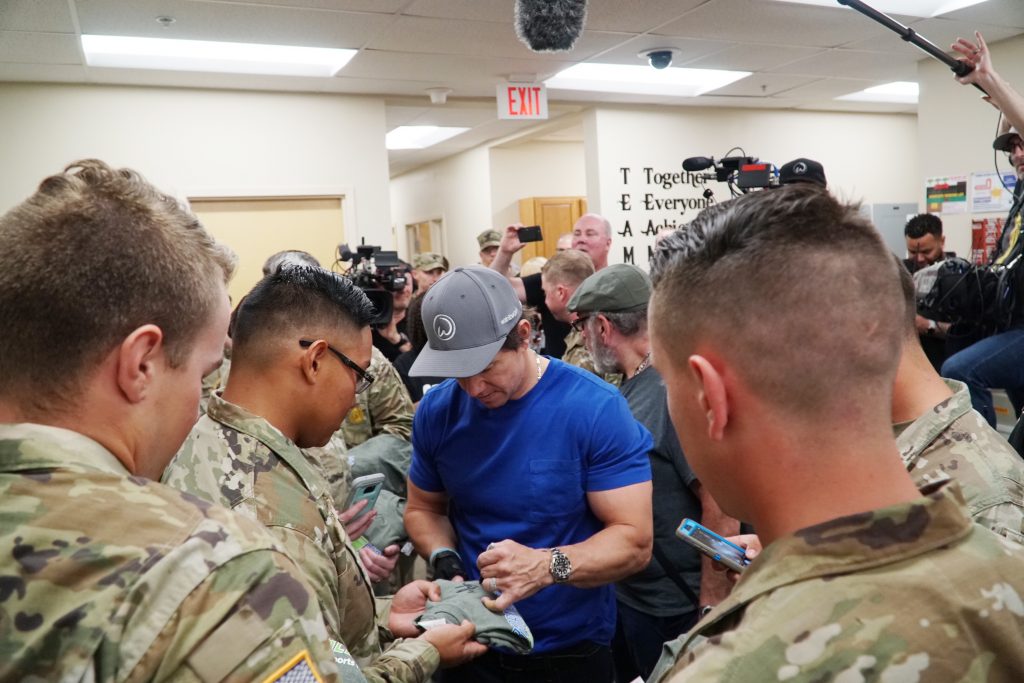 FORT BENNING, Ga. – Army wife Rachel Lynch couldn’t pass up the once-in-a-lifetime opportunity to meet one of her childhood idols. Lynch and several of her friends, clad in custom-made T-shirts, arrived at the Fort Benning Exchange on May 5 at 9 a.m., three hours before actor Mark Wahlberg was scheduled to arrive for a meet-and-greet with service members and their families.

“He was my childhood dream, and I’ve followed him through his music career, commercials and movies since I was 8 years old,” Lynch said. “I think it’s amazing that he’s taken time out of his busy schedule to meet with the military and their families. We really do appreciate it.”

“Any chance I get to thank our brave men and women, I’m going to take it.”
-Actor Mark Wahlberg

Wahlberg, a staunch supporter of the military who portrayed Navy SEAL and sniper Marcus Luttrell in “Lone Survivor,” was in Atlanta filming a movie and wanted to show his appreciation for the troops by making an exclusive appearance at the Fort Benning Exchange. He walked throughout the store, giving fist bumps, signing items and allowing fans to photograph him.

“Any chance I get to thank our brave men and women, I’m going to take it,” said Wahlberg, whose father served in the Army during the Korean War. “I was already in Atlanta and found out Fort Benning was only two hours away, so I had to be here. It’s an honor to be able to show my appreciation for those brave enough to put on the uniform and defend our country.”

Soldiers and shoppers in Fort Benning’s Exchange try to get the best angle on seeing actor Mark Wahlberg.

For the approximately 2,000 in attendance, the fact that Wahlberg wanted to show his appreciation was not lost on them.

“I came here to buy sheets and found out he was going to be here,” said Spc. James Smith. “I find it very respectable that, with his very busy schedule, he would take the time out of his day to spend some time with us. It’s just a really nice thing.”

For Fort Benning Exchange General Manager Don Sydlik and his team, the meet-and-greet highlighted the unique value the Department of Defense retailer offers Soldiers and families.

“It was a privilege to host Mark Wahlberg,” Sydlik said. “Exchange associates were all in to make sure the event was a memorable experience for the Fort Benning community.”

For those who couldn’t make it to see Wahlberg in person, the Exchange shared the event live on Facebook. Visit www.facebook/shopmyexchange or here and here to see the action. View photos from the event here.

Check out the TV coverage here and here.