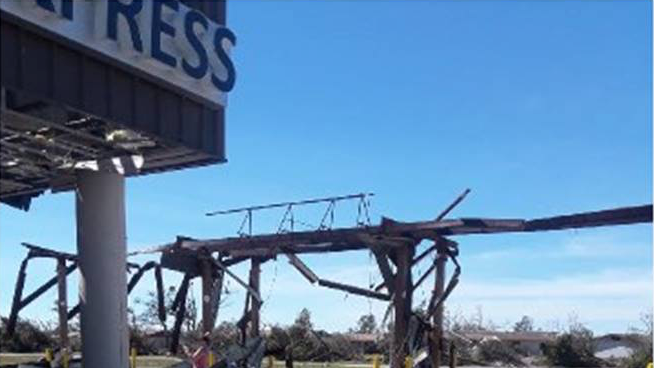 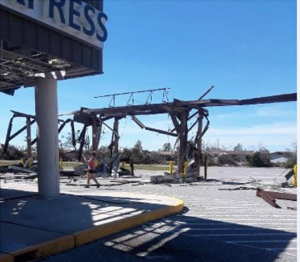 As of Friday, the installation near Panama City remained closed. Exchange managers Lillian Pena and her daughter, Zuleika, were escorted by security forces for a “quick windshield tour” to the main store, two Express stores and Burger King. They discovered extensive damage.

Aerial video and information from Tyndall Command indicate the damage across the installation is severe. Trees and power lines block nearly all roads. Power and basic utilities remained out, according to Tyndall’s Facebook page.

“Our thoughts and prayers are with our military community and associates at Tyndall,” said Exchange Director/CEO Tom Shull. “There is no greater honor than serving those who serve. Whether in harm’s way at the tip of the spear, back home at the garrison or rebuilding after a storm, the Exchange is all in for our service members and their families. 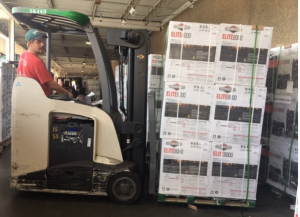 This video from WXChasers Facebook page captures the horrific damage at Tyndall. One of the Expresses, its canopy over the gas pumps blown away, is shown at the 8-second mark.

Exchange managers have accounted for 85 percent of associates at Tyndall and are continuing to check on the rest of the team.

Damage across the installation is extensive, but no injuries or fatalities were reported, installation leaders said.