If you have watched the Army Black Knights, Air Force Falcons or Navy Midshipmen take the football field on TV this fall, you’ve likely seen a familiar logo.

The Exchange has been airing TV commercials to spotlight the Veterans online shopping benefit during service academy football games on CBS Sports Network. The Corporate Communication team created and produced the spots in house, which inform Veterans they can shop online tax-free for life.

It is truly an honor to welcome home our heroes with this modest benefit that acknowledges their service to our Nation.

On Dec. 8, the Exchange will bring the message to one of the greatest rivalries in college football: the Army-Navy Game on CBS. For the first time, we are a participating partner for game.

“On the fields of friendly strife are sown the seeds that on other days, on other fields will bear the fruits of victory.”

Besides commercials, the Exchange brand will appear on messaging throughout Lincoln Financial Field in Philadelphia, where the game will be played.

The communication team will be on the ground to engage with fans and remind Veterans they are welcomed back to their Exchange online.

An Exchange truck with a special design saluting the football rivalry, mobile field exchange, banners and digital signing will reinforce communication team’s outreach efforts at the game. Social media posts and the ShopMyExchange.com’s Community Hub will keep the message viral.

Football unites Americans. Fans around the globe follow their alma maters, their childhood favorite teams, schools their families have cheered on for decades … and the service members who fight to win on the football field and the battlefield.

As GEN MacArthur powerfully said: “On the fields of friendly strife are sown the seeds that on other days, on other fields will bear the fruits of victory.”

The opportunity to reach more than 8.4 million TV viewers during the Army-Navy Game—including Veterans—through TV messaging is critical to sharing the Exchange relevancy story and growing awareness of the Veterans online shopping benefit.

The Army-Navy Game will culminate the Exchange’s first season serving as a sponsor for Army West Point Sports and Air Force Athletics. This football season, the Exchange brand resonated on scoreboards, digital signs and more.

Other academy sports, including volleyball, hockey, lacrosse and basketball, also will carry the Exchange message.

The Exchange has produced four commercials that are airing on the CBS Sports Network during the service academies’ football games.  Each spot was developed with either a hard sell or soft sell approach. The spots are generating increased visits to ShopMyExchange.com and signups for Veterans.

Corporate Communication monitors traffic in real-time—visits to ShopMyExchange.com spike after the commercials air. Because of this increased traffic and phone calls, the Vet Verify call center has increased staffing to help Veterans sign up for their lifelong online military Exchange shopping benefit.

Last year, our TV spots and in-stadium displays highlighted the Lockheed Martin Armed Forces Bowl. Our team will be present at this year' again Dec. 22 in Fort Worth.

Exchange teams have worked diligently since last year’s Armed Forces Bowl to expand the Veterans online shopping benefit messaging at the military academies’ sporting events and on TV. Communicating the Exchange’s relevancy in the lives of our Warfighters, their families and Veterans has never been more important.

No matter which team you cheer for, the best customers in the world and the Exchange win when our message is heard. We truly are where heroes shop.

The Exchange at this past weekend's Miami of Ohio-Army game at West Point. 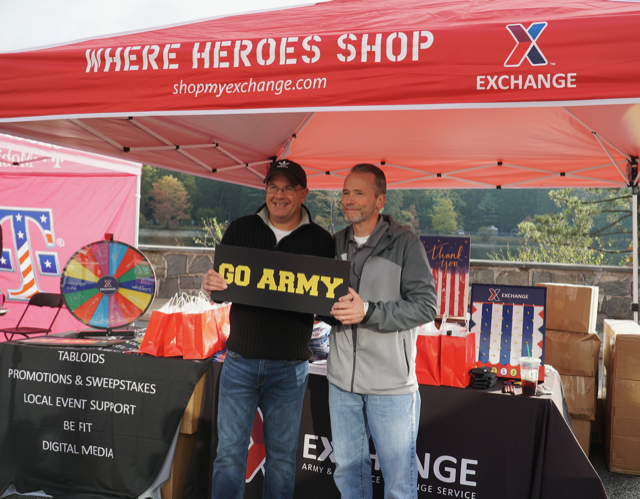 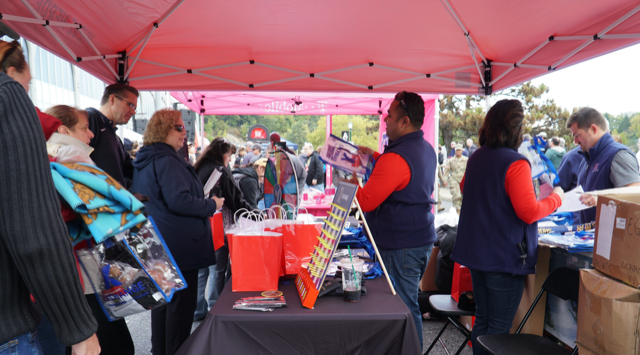 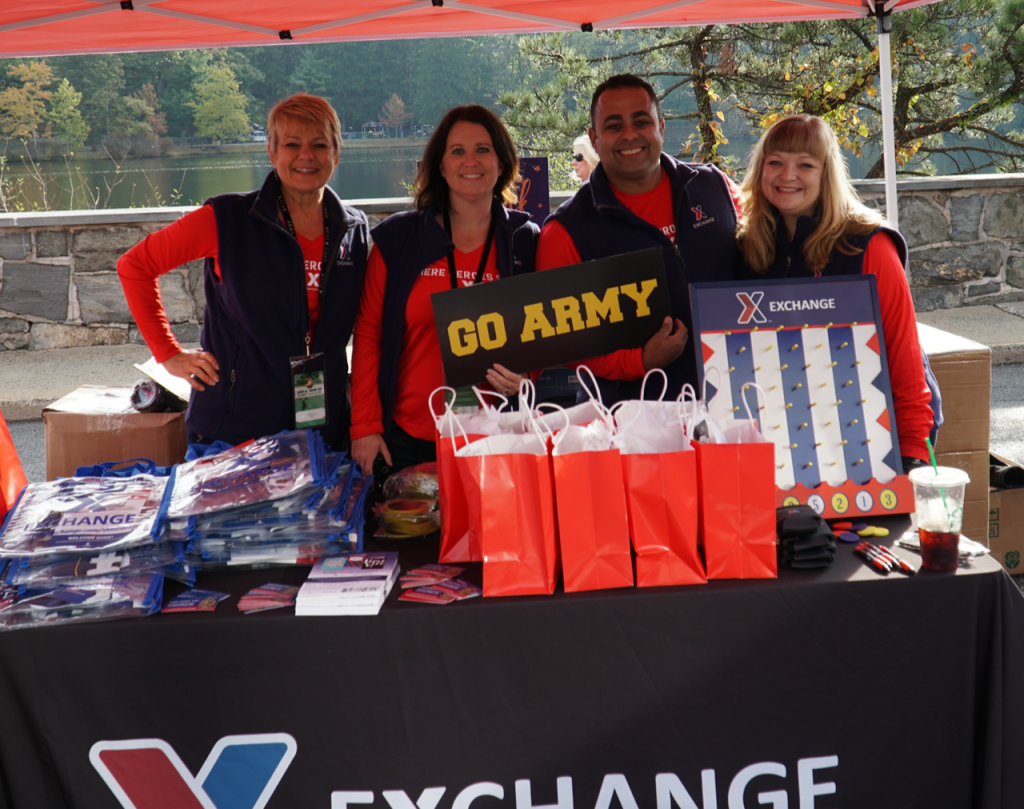 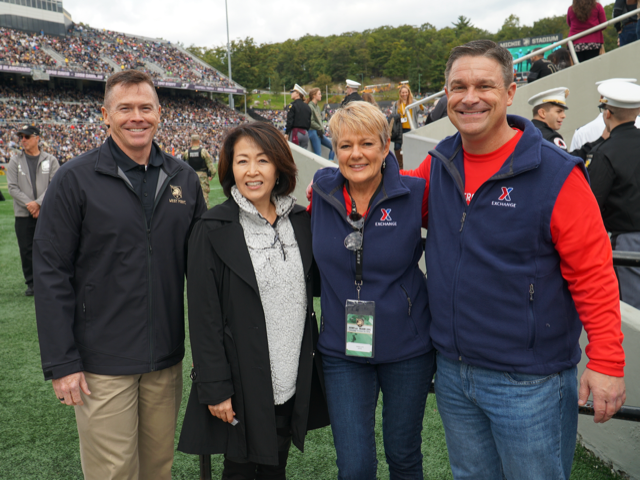