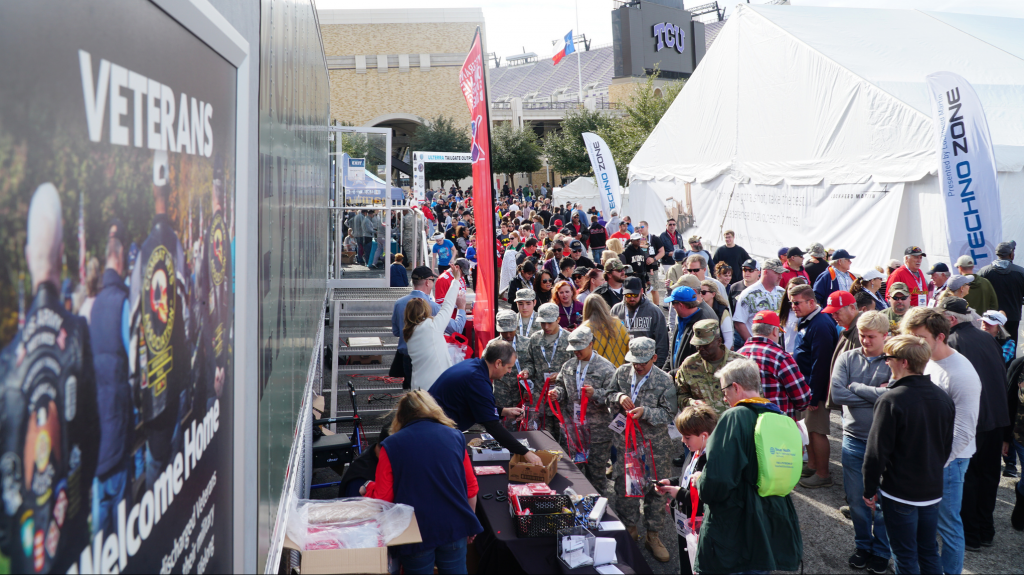 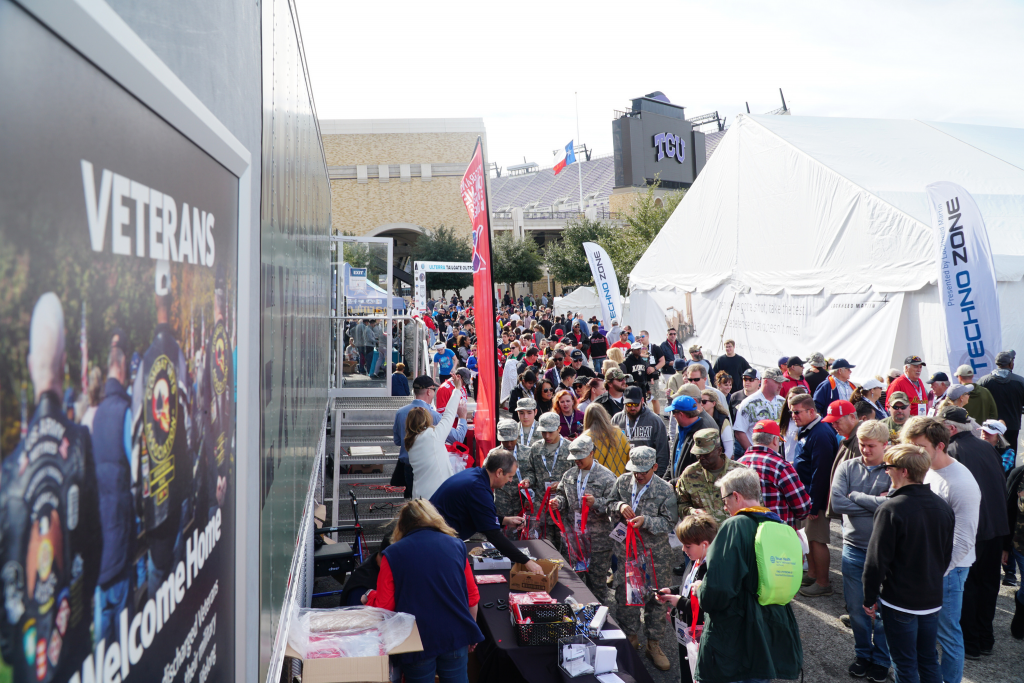 For the second straight year, the Exchange leveraged the national appeal of the Lockheed Martin Armed Forces Bowl and Army West Point Athletics to remind Veterans of their DoD-approved military exchange shopping benefit—tax-free shopping with military-exclusive pricing through ShopMyExchange.com.

As fans gathered at Texas Christian University’s Amon G. Carter Stadium in Fort Worth to watch the Army Black Knights take on the University of Houston Cougars, the Exchange Corporate Communication team was on site to greet Veterans, reminding them of their benefit at ShopMyExchange.com.

Fans walked through a mobile field Exchange (MFE) to pick up Exchange swag, including clear stadium-approved bags, koozies, and coasters, and to learn about how the Exchange serves the military community. It was the second year the Exchange had a presence at the bowl game.

Exchange Director/CEO Tom Shull, a West Point graduate and Army Veteran, attended the game to cheer on his alma mater and to greet and thank Veterans and military families.

“It’s a privilege to be part of the Armed Forces Bowl—the Bowl for the Brave—for the second straight year,” he said. “It is critical that Veterans know about their tax-free online benefit, which honors their service and sacrifice while generating needed dividends for critical military Quality-of-Life programs, including Army Child Development Centers and Fitness Centers, Air Force Outdoor Recreation programs and more.”

The Exchange also spread the word about the Veteran online shopping benefit with three 30-second commercials, created and produced in-house by the Corporate Communication team. The ads aired on ESPN during the game.

Veterans and authorized shoppers are responding to the Exchange’s outreach efforts. More than 5,500 new shopping accounts were created the day of the game. 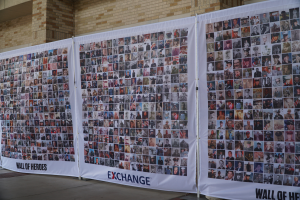 The Exchange sponsored a Wall of Heroes display at the Armed Forces Bowl.

Since the benefit became available to Veterans, about 75,000 have shopped at ShopMyExchange.com, saving more than $4 million in sales tax. Home electronics, computers, footwear and appliances are among the top sellers.

Winners Veronica and Michael Harlan drove to Fort Worth from San Antonio to attend the game. Both Air Force Veterans, the Harlans also have one son in the Army and another preparing to join. Though a big football family, it was the first time they were attending the Armed Forces Bowl.

“We’re super stoked for the game,” said Veronica Harlan, who stopped by the MFE to pick up her tickets and learn about the Exchange’s support of active-duty troops, military families and Veterans.

Army Engineer Corps Specialist Brightcloud Deer and wife Kayla Normandin also won tickets and made the seven-and-a-half-hour trip from Fort Riley, Kan., to attend the game with their 2-year-old daughter, Riot. In case the family’s fan allegiance wasn’t clear, Riot had a phrase she had been practicing all morning:

The Bowl for the Brave wrapped up the Army’s 2018 football season, the first season in which the Exchange served as a co-sponsor of Army West Point Sports and Air Force Athletics.

Check out the Flickr album of all the action at the Armed Forces Bowl!