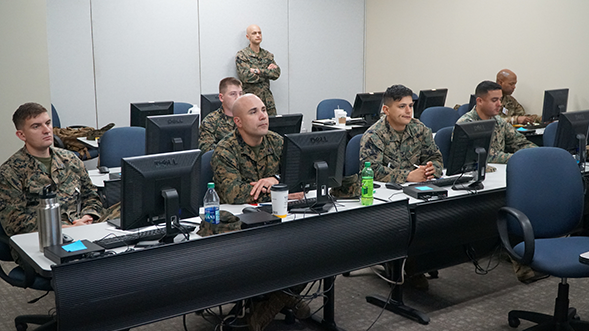 Marines Train with the Exchange Before Deployment 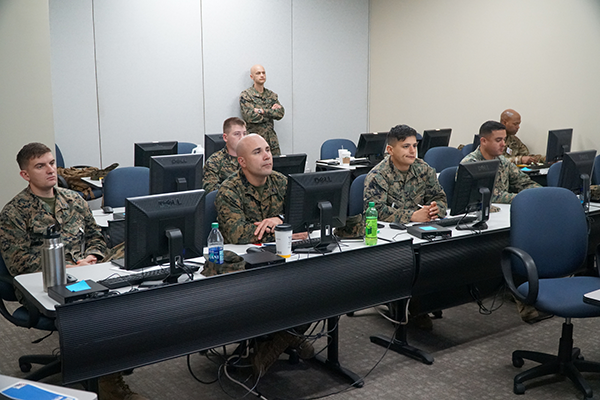 At Exchange headquarters in Dallas, Marines learn about how to run Exchanges before they deploy to run their own stores in Kuwait and Norway.

A group of retail-savvy Marines recently spent a week at theExchange headquarters in Dallas before deploying to learn how to run Exchanges in Norway and Kuwait.

The nine Marines, with more than 60 years of retail management experience among them, received hands-on training on Exchange logistics, accounting, finance and point-of-sale systems.

Staff Sgt. Rene Deerwester, who has been in retail for seven years and deployed several times, sees many benefits training alongside the Exchange.

“It’s a chance to get to work with more than just Marines,” Deerwester said. “Working with the Exchange, we have that joint partnership and we also get to experience something other than just regular retail in the U.S. It makes us stronger retailers all the way around.”

“This collaborative effort with the Marines means that more troops downrange will be able to get the necessary essentials,” said Air Force Chief Master Sgt. Luis Reyes, the Exchange’s senior enlisted advisor. “With their knowledge and willingness to run stores in these remote locations, those serving on the front lines are better off.”

While this group of Marines will run the stores and provide goods and services downrange, they have been on the other side of the register and understand how much their service is valued.

“We give a taste of home to the ranks that are forward,” said Chief Warrant Officer 3 David James Roughan, who was overseeing the group of trainees for the week. “When you’re in different countries and different places, to see something familiar makes you feel a little more motivated. We’re kind of like Santa Claus when we come to town.”