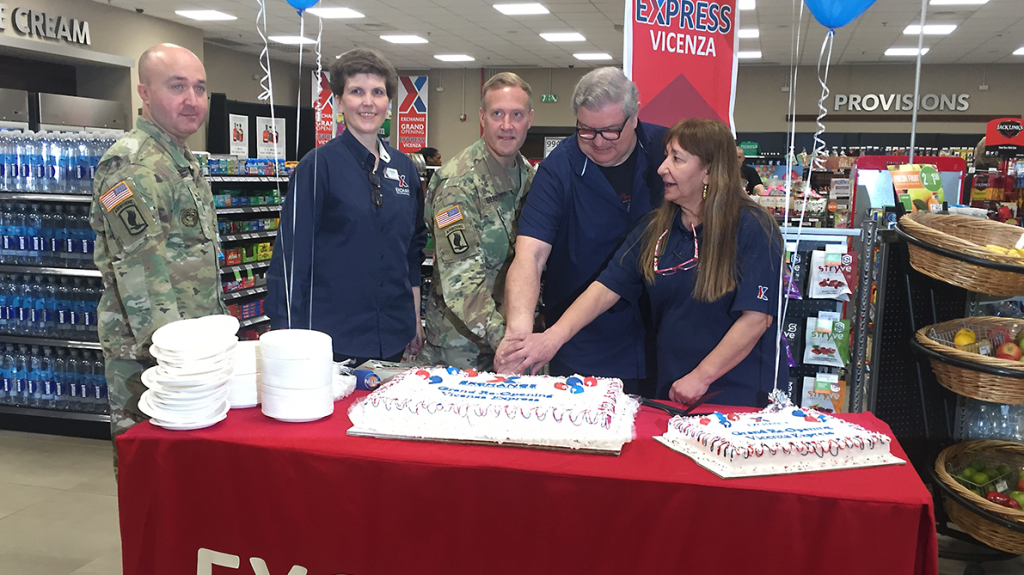 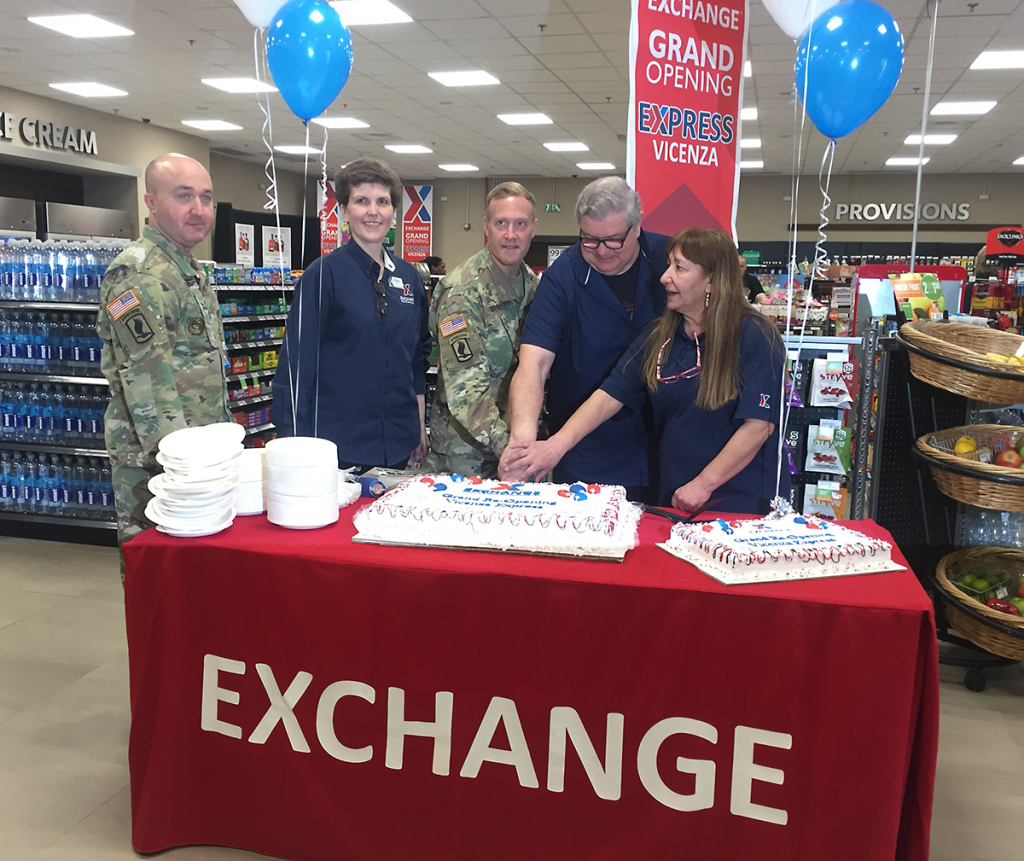 The 24 associates at the Vicenza Express spent more than 18 months working in a temporary facility while the store underwent a major renovation, but it was well worth it to see the finished product.

The Express was built in the 1950s and is one of the oldest Exchange stores in Europe.

The $1.9-million upgrade brought the store—from the floor coverings to the ceiling tiles—into the 21st century, including making the building much more energy efficient. The remodel included new fixtures, freezers and coolers, lighting, signage, break room for associates, larger Snack Avenue and a Hunt Brothers Pizza.

The store also features expanded BE FIT options, including a sports nutrition section and better-for-you snack choices like fresh fruit, salads, wraps, hummus and more. As Vicenza is the only designated Healthy Army Community in Europe, the Express has a special focus on healthy choices.

The Vicenza Express also has the first queue line in Europe, which allows for faster checkout and greater convenience for shoppers.

But the best part of the 10,914-square-foot new-and-improved store?

“The reaction I get from customers seeing the new facility,” said Store Manager Sema Trost. “The comment I hear the most is, ‘It’s just like being at home.’” 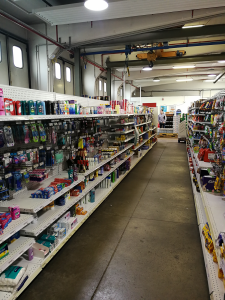 The former Express at Vicenza.

The success of the project resulted from collaboration of many Exchange associates and leaders, Vicenza command and the USAG Italy Directorate of Public Works.

It wasn’t just Vicenza associates who pitched in: Paul Rincon, the Ramstein AB Express manager, traveled to Vicenza from Germany to help set up the Hunt Brothers Pizza program at the Express. The quick-serve restaurant did more than $7,000 in sales in the first three days.

‘This is just the beginning’

The Express saw sales increases of 33 percent, 74 percent and 146 percent in its first three days, respectively. Twenty-eight associates received “Thank You” awards, and 12 received a coin from Exchange Europe/Southwest Asia Senior Vice President Jason Rosenberg in recognition of their hard work on making the re-opening a success.

“This is just the beginning,” Rosenberg said, highlighting the planned $10-million Vicenza shopping center project that will begin this year.

Even retired associates returned to celebrate. Tony Tognoni, who retired after working 46 years at the Vicenza Express, cut the cake. Associate Anna Messing retired the day after the re-opening with 28 years of service.

“The Exchange is very focused on the needs of the community,” Berdy said, while also noting the $450,000 the Vicenza Exchange contributed to Quality-of-Life programs and more in 2017.

There’s little doubt that the shoppers are enjoying the new store. As Rosenberg toured the facility, he heard two Soldiers in front of him joking around as they admired the Express.

“I’m re-enlisting today,” said one to the other. 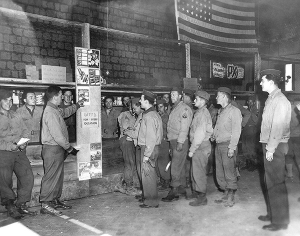 In the Exchange History Flickr Album, read about and see pictures of how exchanges served American GIs in Italy during World War II and soon thereafter. At left, the post exchange at Caserta, Italy, 1944.