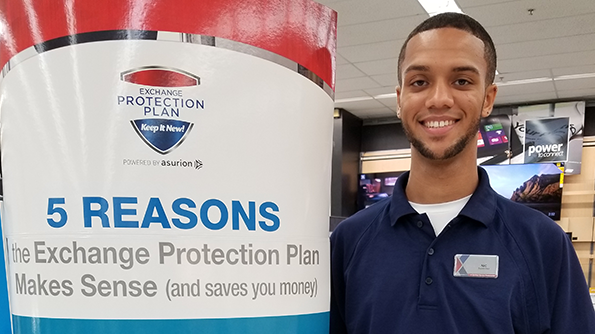 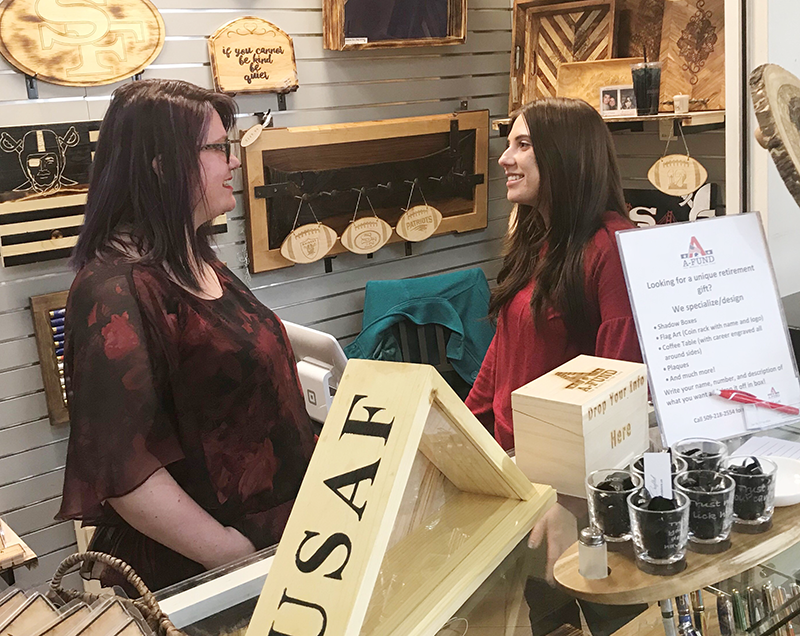 Services Business Manager Courtney Martin drove to approximately 15 craft shows from Fairchild AFB, Wash., to the Idaho border 35 miles away in 2018 just to see what short-term vendors could offer her Exchange near Spokane.

Her persistence paid off. She attracted seven short-term vendors to the Exchange mall and boosted sales by nearly 500 percent, going from $200 with the one vendor to more than $16,000.

For her efforts at boosting sales, the Services, Food and Fuel Directorate presented Martin with $100 for recording the Western Region’s largest sales increase for short-term vendors during a recent contest. Her winning counterparts in the other regions each won $100; Martin scored the highest percentage of increase by far.

From Snickers to EPPs

In 2018, the Exchange awarded more than $75,000 to stores and associates in contests running the gamut, from who could sell the most Snickers bars to Exchange Protection Plans.

Managers said good ol’ friendly competition pays off in hundreds of thousands of dollars of additional sales and spurs the creativity of associates to think outside the box when selling to customers.

“People want to be recognized for the good work that they do,” Martin said. “When you are recognized, then you’re considered the go-to person by your coworkers and you set the standard for what works.

“Your coworkers will say, ‘Hey, I can do that, too,’ and sales and earnings for the Exchange could increase even more.”

For instance, the short-term vendor contest boosted sales by 4.3 percent for October 2018, compared to the same time in 2017, as total sales reached $7.5 million for the month.  “Short-term vendors” are vendors in mall kiosks, as opposed to the long-term, brand-name vendors with storefronts.

In 2018, the Exchange Credit Program handed out $35,400 in prizes to stores for boosting the number and use of MILITARY STAR applications in main stores, restaurants and services.

In the Merchandising Directorate’s Consumables Division, managers hold store contests to see which ones can sell the most beef jerky, candy bars, cookies, gum and other impulse items. In 2018, the division awarded $36,000 to 180 Expresses, where managers used the money for associate celebration parties.

“We typically see triple-digit sales increases versus the prior month on the impulse items we’re featuring for the contest.”

“We typically see triple-digit sales increases versus the prior month on the impulse items we’re featuring for the contest,” said Eric Sidman, vice president of the Consumables Division. “If you’re involved in a contest to sell Snickers bars, you’re going to make sure that you ask every customer, ‘Would you like a Snickers to go with your fountain drink?’” 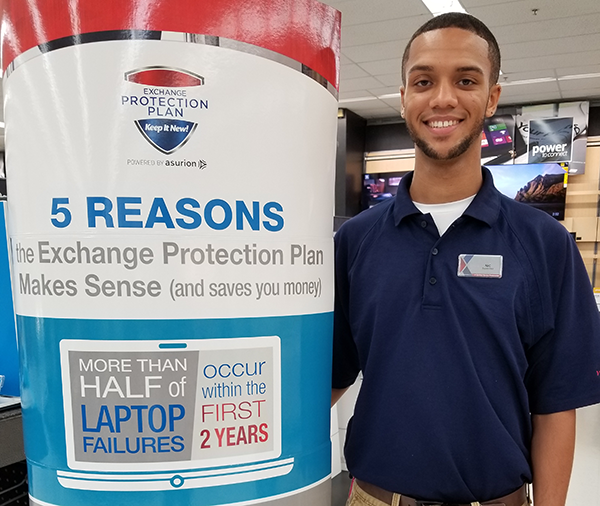 In Hardlines, the mother of all internal contests is to sell as many Exchange Protection Plans (EPP) as possible.

In 2018, the Exchange awarded nearly $120,000 for team-building events to stores that sold the most EPPs during contest months. Recently during the hot-selling holiday months of November and December, stores won $24,000 in EPP contests.

Another contest awarded nearly $6,300 to stores that sold the most gift cards.

“We most certainly know that contests are effective at driving business,” said Jay Rhea, the Merchandising Directorate’s EPP guru. “Multiple promotions are happening in the stores at all times, and we can definitely tell the impact of EPP or gift cards on overall sales.

“With an added dose of friendly competition comes increased associate collaboration. It’s a pretty nice byproduct of a strategy that’s helping to grow your business, too.”