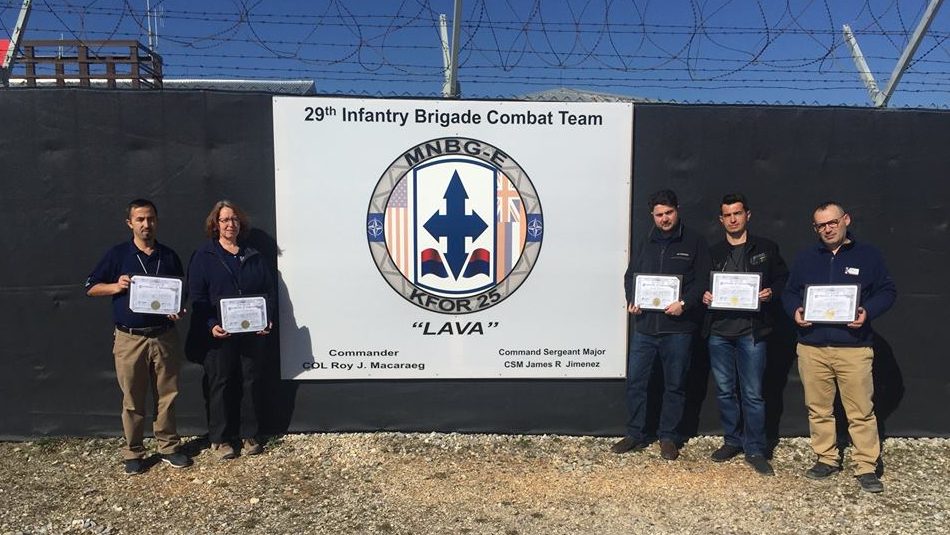 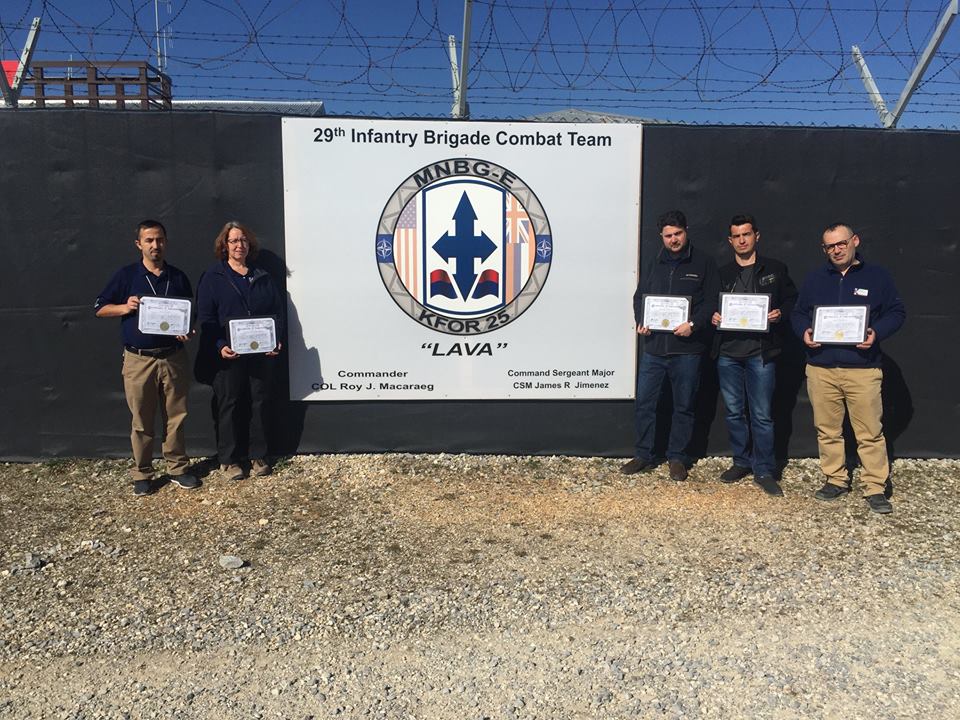 Five Exchange associates at Kosovo’s Camp Bondsteel were recognized by the U.S.-led Multinational Battle Group-East for their exemplary service caring for troops during a training exercise in North Macedonia.

Once a week throughout March, they have driven a van packed with merchandise for two hours from Kosovo to Macedonia to serve up to 180 troops. They also drive once a month to a remote location in Kosovo to serve troops.

“The Gatorade, instant coffee, candy, snacks and personal hygiene items were well received with the troops living in tents at the range,” Maggard said. “Although most of the Soldiers in the military exercise are deployed to Kosovo, Soldiers from Vermont and Colorado were flown in for the exercise and they were quite happy to see us.

“Troop morale was reported to be high as command thanked us for supporting the mission.” 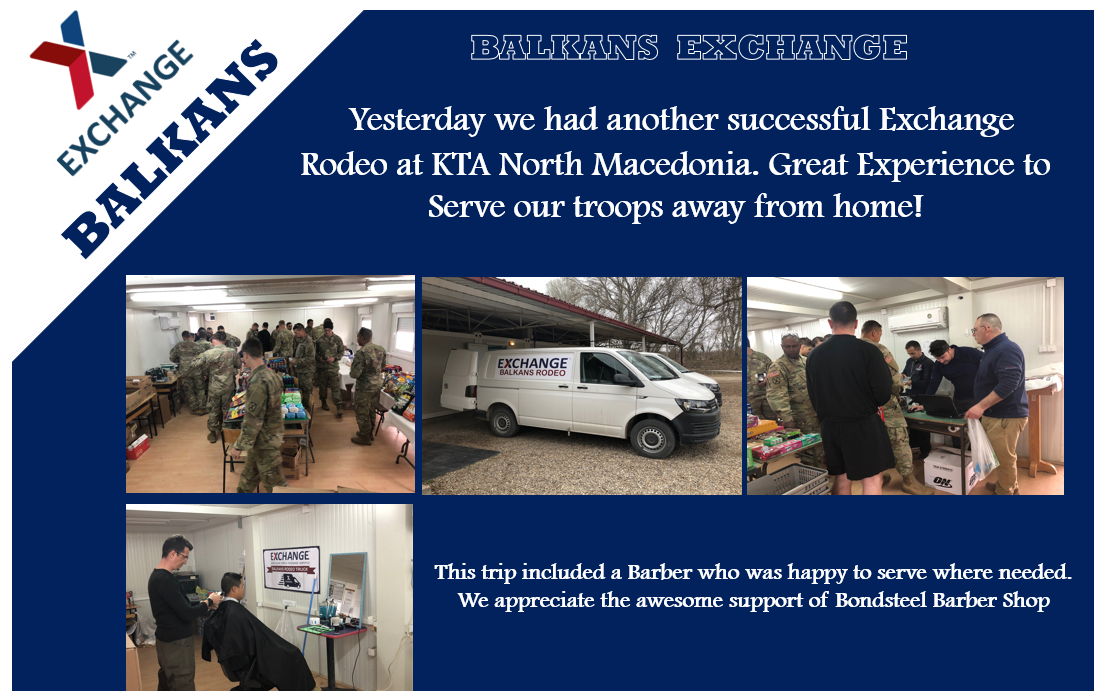 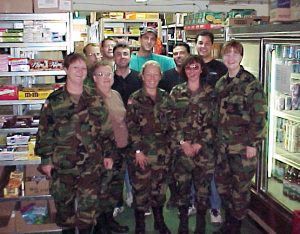 Some of the Exchange’s first associates ever in Macedonia, 1993.