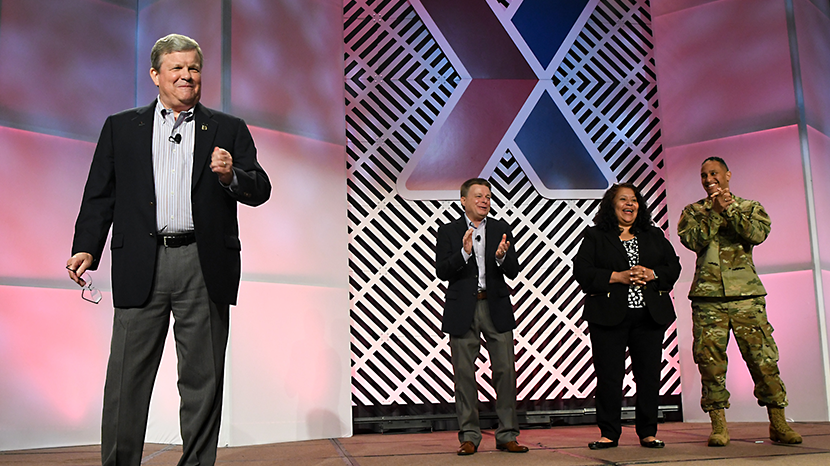 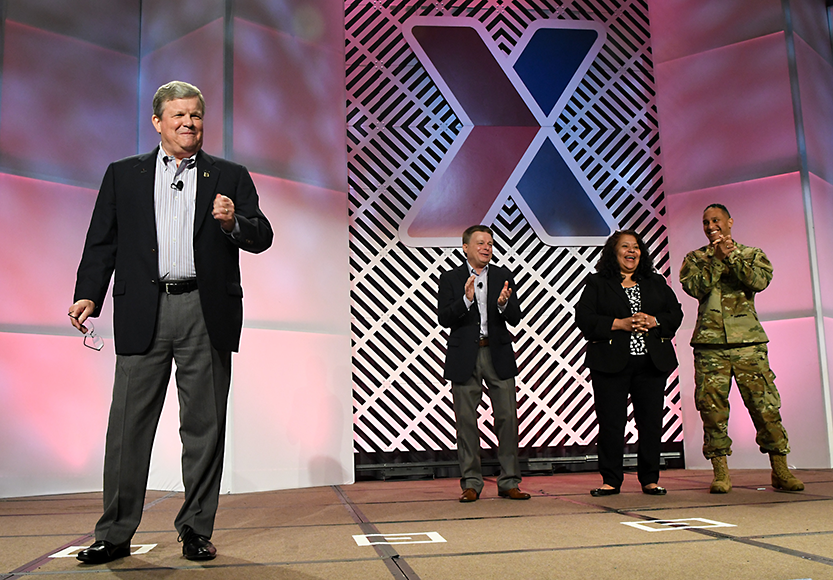 Seven years after Tom Shull was named the Exchange’s first civilian Director/CEO, the organization celebrated the fighting spirit that has led to one of the most impressive turnarounds in retail history.

“What the Exchange has done since 2012 is truly impressive,” Middleton said. “At a time when retail stores are struggling, the Exchange has transformed. Every decision we make is with Warfighters and their families in mind.”

Military shoppers and Exchange associates have been the beneficiaries of the changes since 2012. Key accomplishments include:

‘The future is bright’

“When it comes to fighting for the best interests of the military community, Tom is all in,” Nelson said. “The Exchange has made great strides over the last seven years, and with Tom’s leadership, the future is bright.”

While accepting the award, Shull dedicated the award to the Exchange team.

“Words cannot begin to describe how grateful I am to be a part of this great organization,” Shull said. “It is an honor to be in your corner as we fight the good fight for those who serve.”