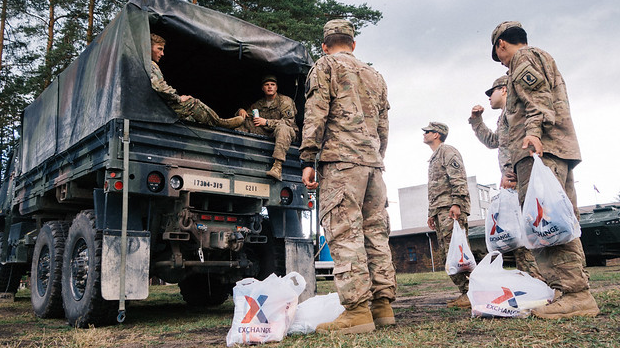 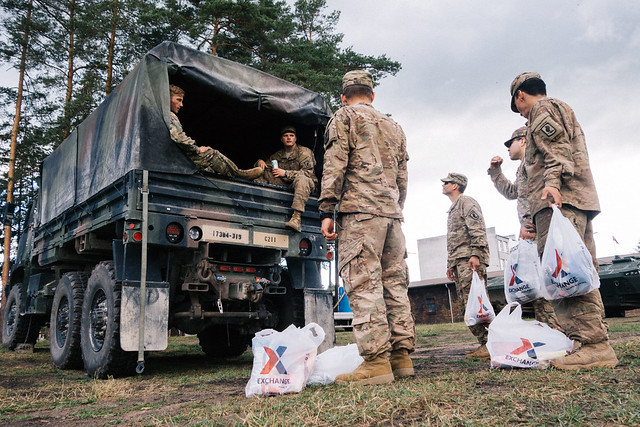 An HR program targets Veterans or Exchange retirees to fill positions in Southwest Asia and Eastern Europe locations like this one in Poland.

When Vietnam and Desert Storm Veteran Leroy Elliott was helping his granddaughter look for jobs online, something caught his eye.

“I saw that the Exchange was looking for a services business manager in Kuwait,” Elliott said. “I took a chance, contacted HR and here I am.”

Elliott, who deployed to Kuwait in August, is a prime example of the caliber of associates the Exchange has been bringing on board through its deployment direct hire initiative. This HR program targets Veterans or Exchange retirees to fill positions in Southwest Asia and Eastern Europe locations. These new hires supplement associate deployment volunteers and prevent Exchange stores from being shorthanded, especially during peak selling season.

“Since the initiative began in September 2017, the Exchange has hired 19 Veterans or Exchange retirees for downrange assignments,” said HR Vice President of Talent Stephanie Burns. “We’re hiring these valued and experienced people because they already know our mission and understand our culture. It’s a win-win.”

Many Veterans or Exchange retirees already have the security clearances needed to work downrange, Burns said.

“Passing detailed and thorough background checks can be a lengthy process,” Burns said. “Because many Veterans or Exchange retirees already have a favorable security clearance, they can begin helping with downrange operational needs sooner.” 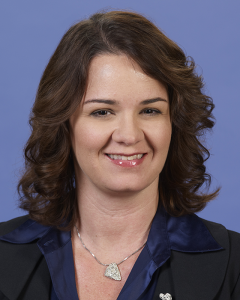 “We’re hiring these valued and experienced people because they already know our mission and understand our culture. It’s a win-win.”

Prior to deploying, Veterans or Exchange retirees spend four weeks in contingency preparations at a local exchange near their home. During this time, they spend the first two weeks on mandatory and deployment requirements and the rest of the time with Exchange managers in specific on-the-job training based on their downrange assignments.

“The investment that Exchange managers make in this training process is indispensable,” Burns said. “The managers’ efforts allow Veterans and Exchange retirees to hit the ground running.”

This initiative supports the Exchange’s commitment to hire 50,000 Veterans and military spouses by 2020.

Currently, 14 associates hired through the initiative are deployed to assignments in Iraq, Kuwait, Qatar and UAE that last from six months to one year, with the possibility of extending to a maximum of two years.

“If any of the Veterans or Exchange retirees who deploy want to continue working for the Exchange, they can start applying for other jobs before their deployment ends,” Burns said. “Once they are finished with their downrange assignment, if interested, they can be considered for another deployment tour.”

“Deploying is not about the money”

“I love the Exchange,” Elliott said. “Deploying is not about the money. You can make a difference. It’s all about giving back…and that’s so satisfying”