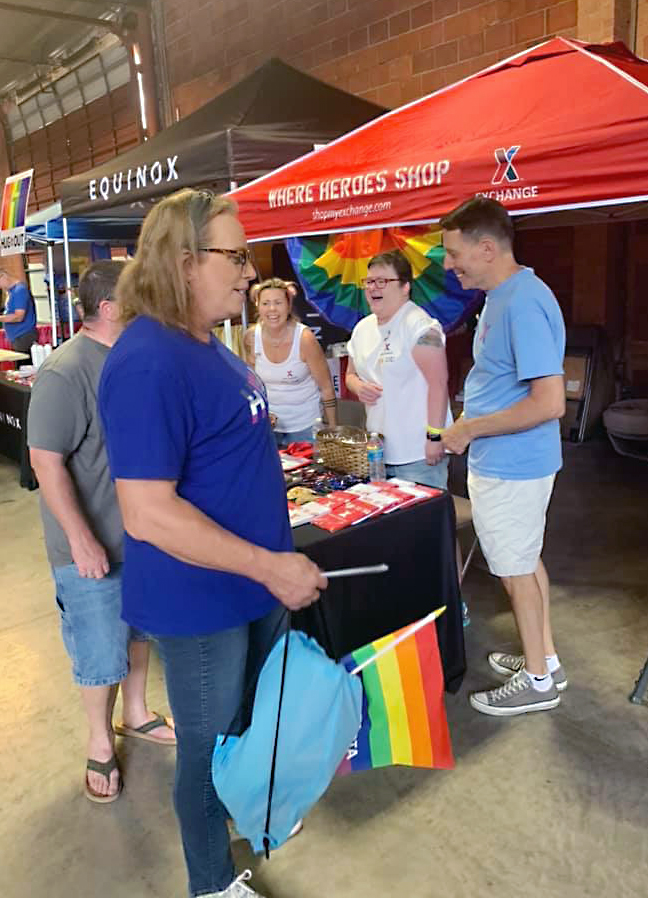 At the Dallas PRIDE festival and parade, headquarters associates helped highlight contributions the LGBTQ community has made to the city and country.

The Exchange emphasized its commitment to a diverse workforce and support for Veterans during the Dallas Pride 2019, marking the first time the organization had a standalone presence at the premiere Pride event in the city its headquarters calls home.

On June 1 and June 2, more than 40 associates from headquarters and Naval Air Station Joint Reserve Base Fort Worth staffed a booth at the Pride festival or marched in the 36th annual Alan Ross Texas Freedom Parade. The events highlighted contributions the LGBTQ community has made to Dallas and the country.

“The Exchange’s participation in Dallas Pride 2019 was momentous,” said Executive Vice President/Chief Financial Officer Jim Jordan, an executive champion of the Exchange’s PRIDE special emphasis group. “Last year, we joined another group as we marched. But this event marked the first time that the Exchange represented ourselves in the parade with an Exchange banner.”

At the booth, associates distributed swag and shared news about the Veterans online shopping benefit; the Exchange’s commitment to hiring Veterans and military spouses; and the organization’s diverse workforce. Numerous Veterans and active duty military members expressed appreciation for the Exchange being present at the festival.

June is National LGBT Pride Month, which celebrates the contributions of gay, lesbian, bisexual and transgender Americans to our Nation and culture.

“The Exchange’s participation in the parade and festival demonstrates our commitment to an inclusive work environment for all LGBT associates and their allies,” Lohmann said. “It was such a privilege to share the Exchange mission and relevancy in Dallas, showing the Exchange is connected to the local community.”

See more pictures of Exchange associates at the PRIDE festival and parade, captured by the camera lens of Print Art Director Chuck Hatton! 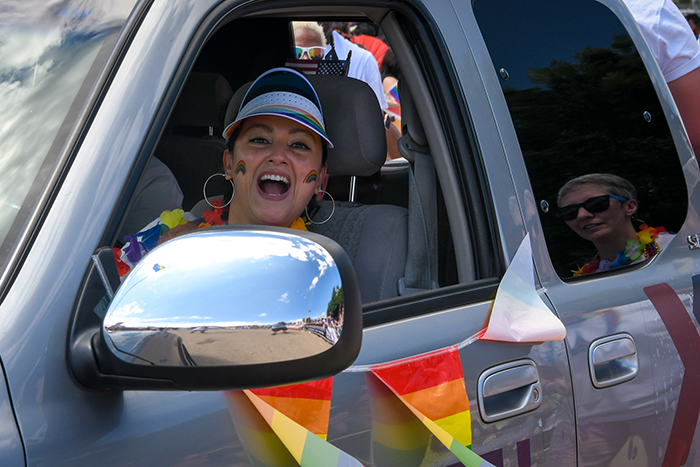 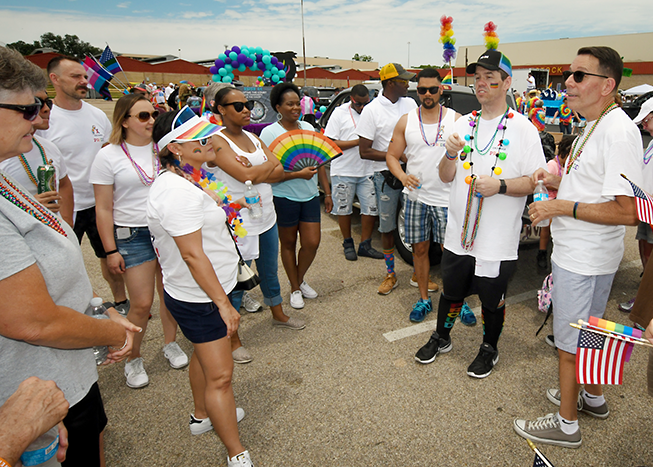 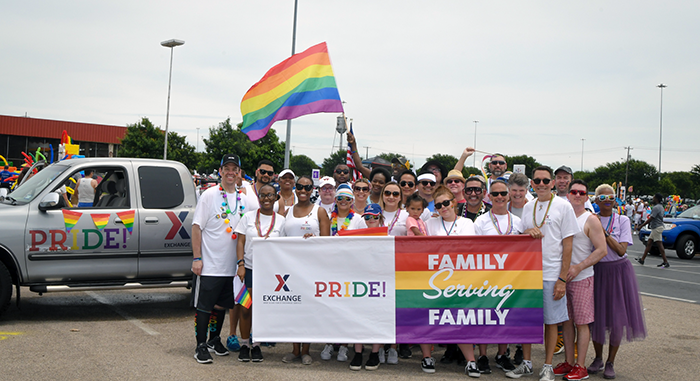 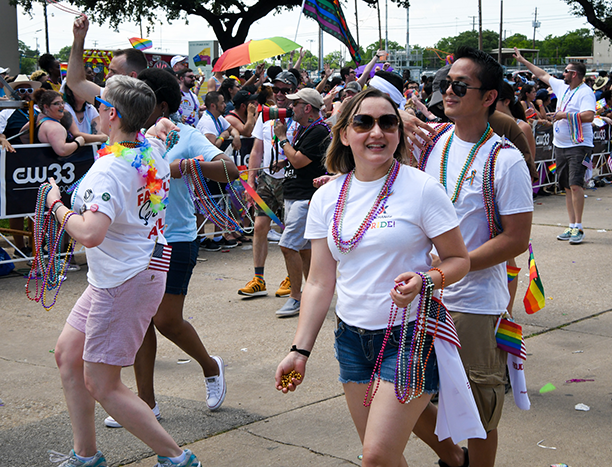 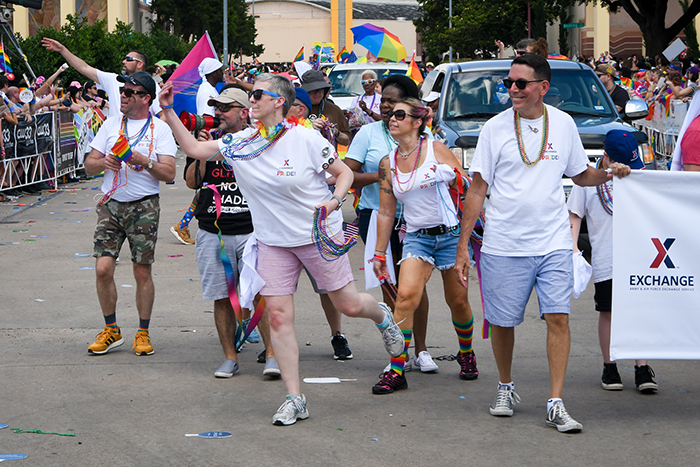 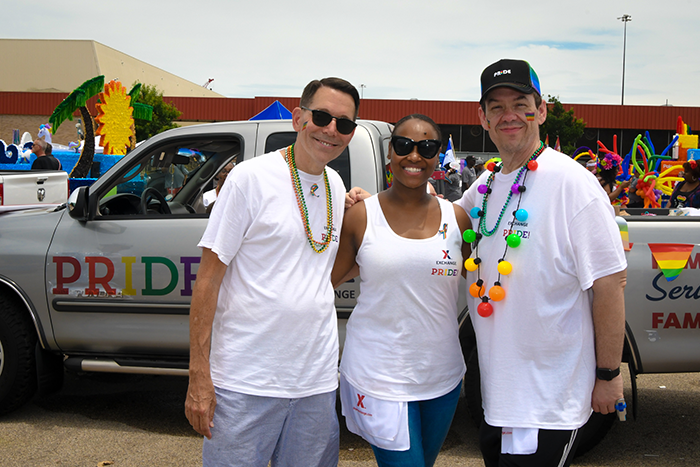 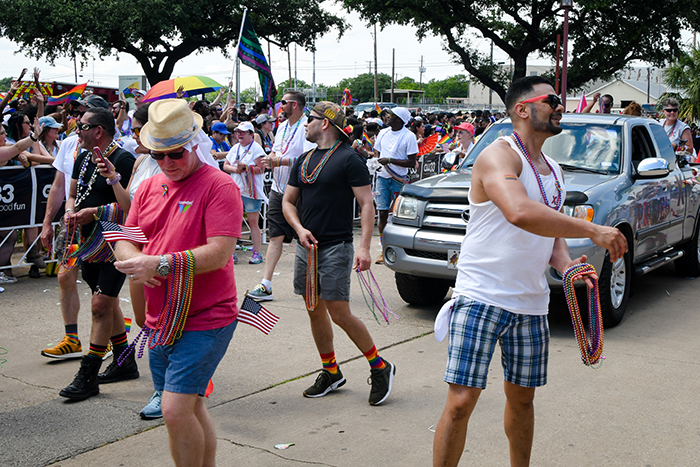 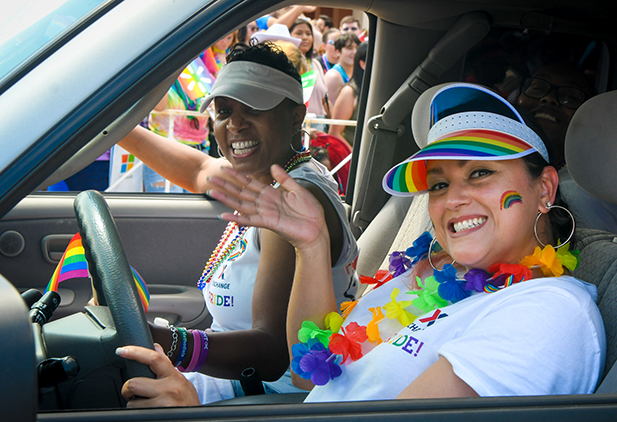