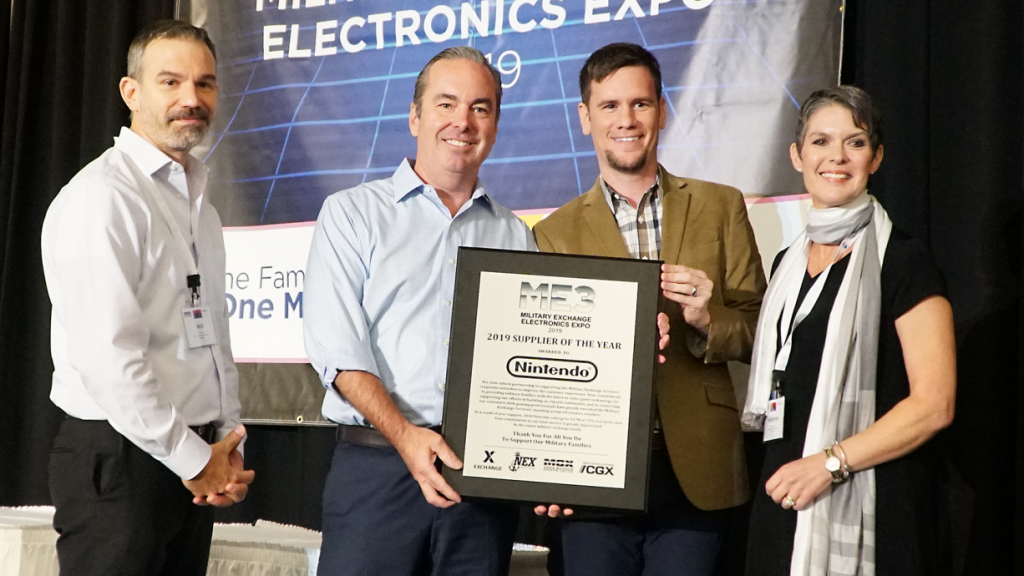 From ME3: And the Supplier of the Year Is … 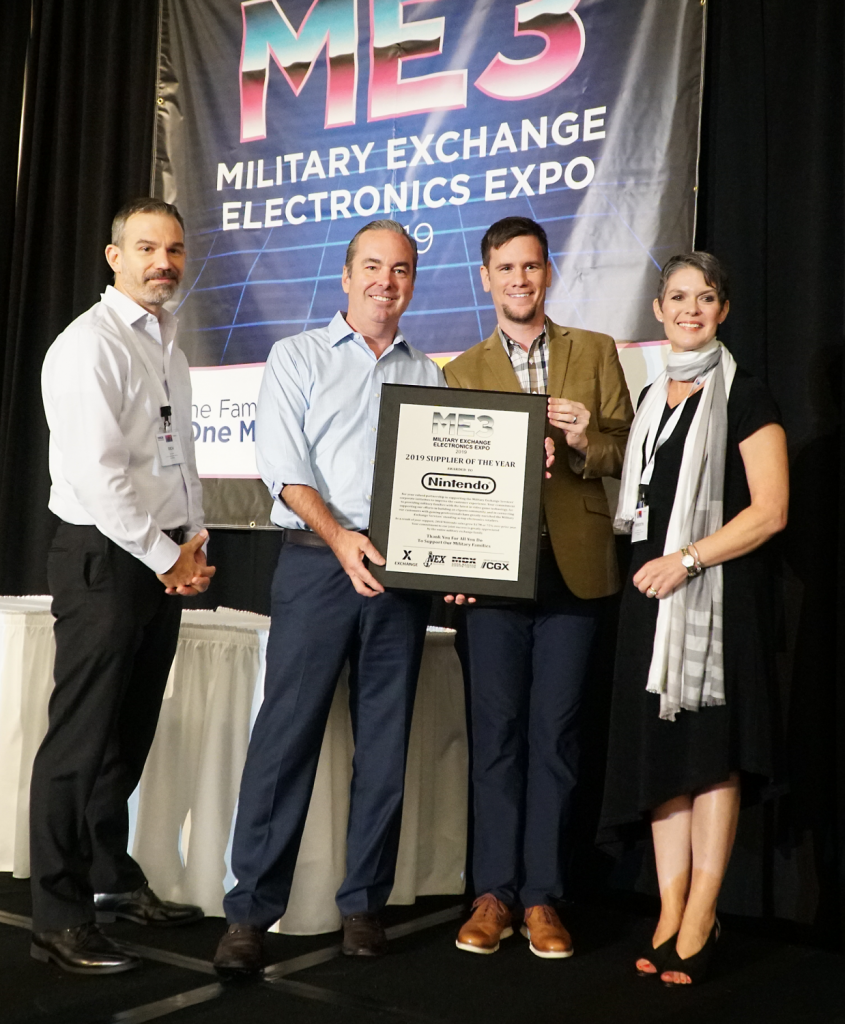 At this week’s  first-ever joint electronics seminar, the military exchanges honored Nintendo as the Supplier of the Year, thanking the gaming company for its superior support of military resale and our Nation’s Soldiers, Airmen, Marines, Sailors and Coast Guard members.

“Nintendo rose to the top in 2018, supporting all military exchanges equally, no matter the size of the store or the location,” said Divisional Merchandise Manager Randy McKinley at the Army & Air Force Exchange Service. “Nintendo saw a 75% lift in sales across all exchanges, taking the market share in video games.”

The gaming company also sponsored in-store demonstrations and appearances throughout the year and sees opportunity to grow with esports, which is playing an increasing role in Army recruiting and retention.

The Army & Air Force Exchange Service will recognize additional vendors this week at the Military Exchange Electronics Expo in Virginia for their extraordinary support of the organization’s mission.