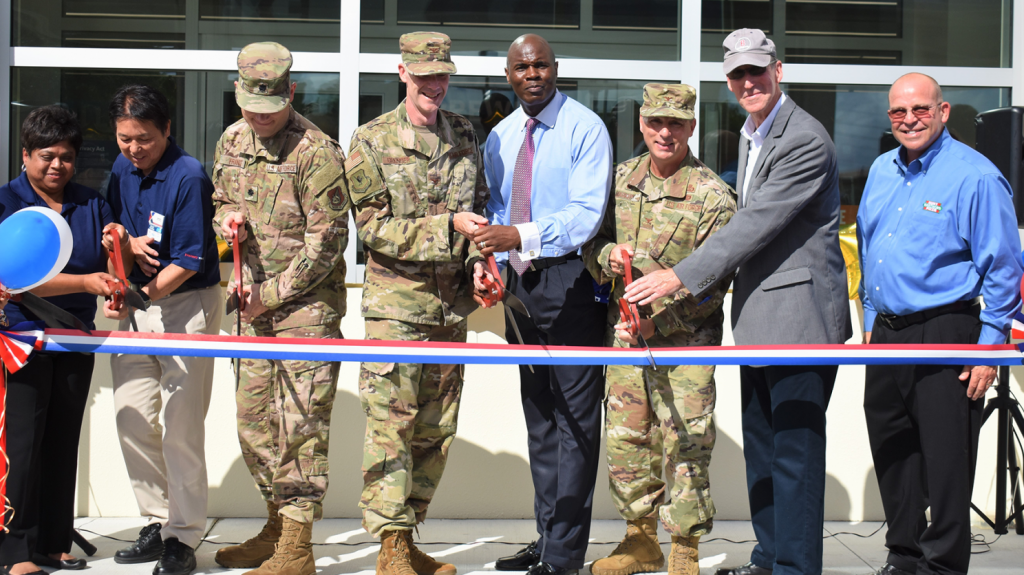 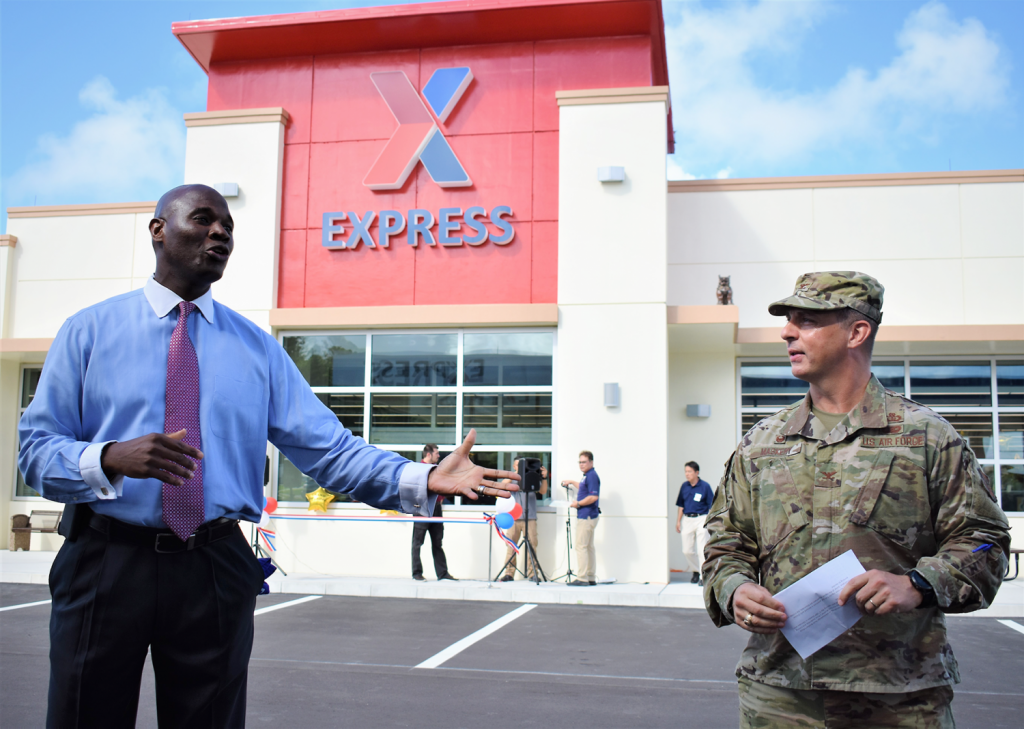 KADENA AIR BASE, Japan – Airmen and families at Kadena Air Base have a brand new place to grab food and fuel around the clock.

The Exchange opened a new 13,000-square-foot Express with six fuel pumps, a Subway restaurant, Hunt Brothers Pizza and an assortment of grab-and-go food. 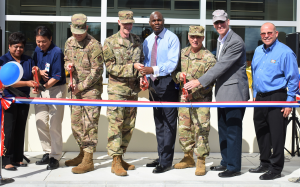 “The Exchange is thrilled to open this new Express for the Kadena community,” Porter said. “We’re aiming to provide greater convenience to our Airmen and families, as well as a taste of home.”

The construction of the store took about 23 months and cost $10.2 million, most of which was paid for by the Exchange. The Air Force contributed about $200,000 toward demolition of existing structures and for  installation of a Community Bank ATM outside the Express.

The store includes several firsts for the Exchange in Okinawa, including the first Express with premium fuel, the first Hunt Brothers Pizza and the first digital menu board at the Subway.

The  Express is the second phase of a major, three-part effort to transform Exchange offerings in that area of Kadena AB.

The first phase, completed in 2017, brought a dual-food Arby’s and Burger King restaurant. The final phase, which will demolish the old Express and create a second drive-thru for the Arby’s/Burger King, will begin this fall.