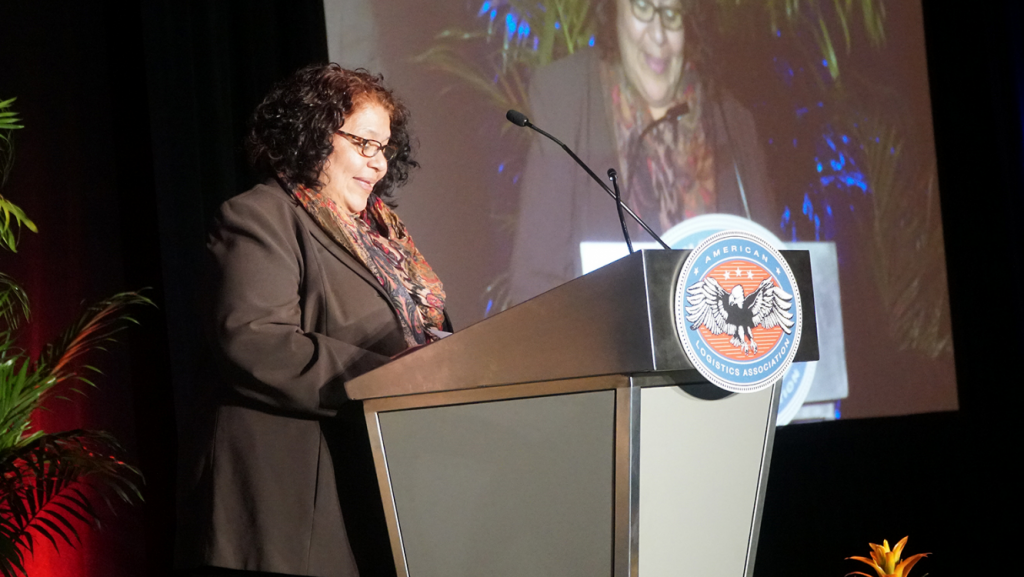 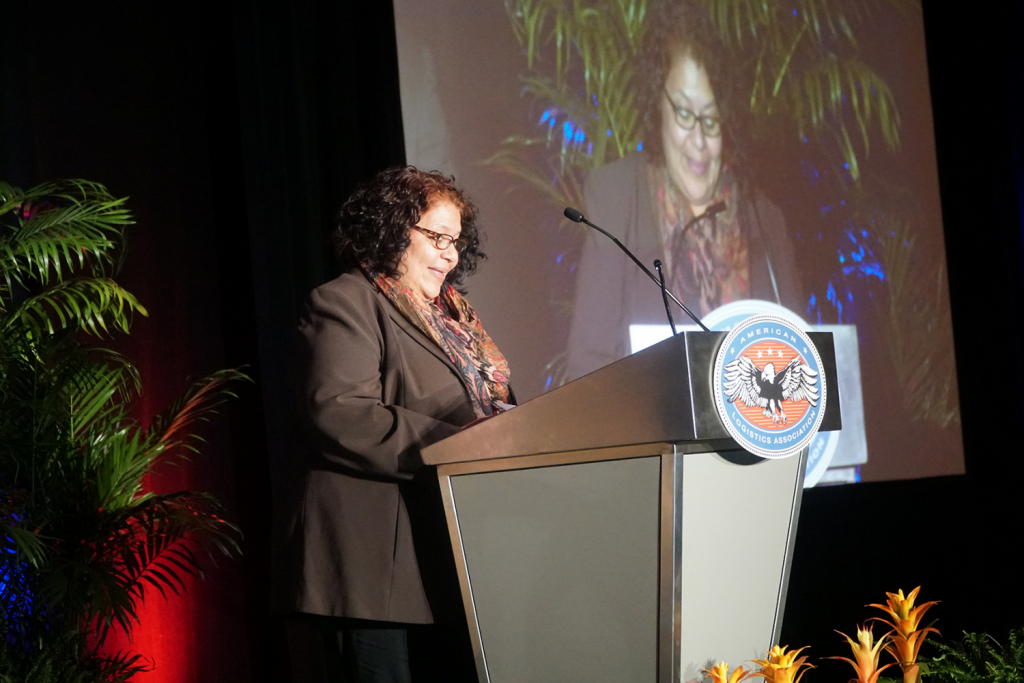 President and Chief Merchandising Officer Ana Middleton received the Distinguished Service Award from the American Logistics Association at the convention in Orlando, Fla.

ORLANDO – To honor the Exchange’s commitment to serving those who serve, the Exchange’s President and Chief Merchandising Officer Ana Middleton received the American Logistics Association’s Distinguished Service Award on Sept. 24 during the group’s annual convention in Orlando.

ALA is a nonprofit trade association that promotes, protects and enhances quality-of-life benefits for service members, military retirees and military families.

“This recognition is a tremendous honor,” Middleton said. “It’s shared with my Exchange teammates, who are all in to take care of those who put their lives on the line for us.”

Middleton earned the award for her lifelong commitment to Soldiers, Airmen and their families.

She began her career in 1982 at a shoppette at Ramstein Air Base, Germany, and rose through the ranks, helping to set up Exchanges in Kuwait, Oman, Qatar, United Arab Emirates and Iraq. She became president and chief merchandising officer in 2016.

“Ana makes a difference every day—she works incredibly hard for Soldiers, Airmen, their families and Veterans,” said ALA President Maurice Branch. “She has served in many capacities over the years, including on the front lines. The Exchange benefit thrives because of her dedication.”

“Ana’s leadership is extraordinary,” Shull said. “She is a true servant leader who has made the Exchange what it is today. It is an honor to serve alongside her.”

Besides her Exchange teammates, Middleton thanked the other military exchanges and the Defense Commissary Agency for their work to serve our Nation’s heroes.

“My sincere respect and admiration extends to my sisters and brothers throughout military resale,” she said. “When I began working at that shoppette in Ramstein all those years ago, I only knew about the Exchange and its service to our Soldiers and Airmen around the world.  As my career progressed, I learned of the other exchanges and their equally valuable service to Marines, Sailors, Coast Guard members and Veterans.

“It was only after entering executive leadership that I began to fully understand the interconnected nature of military resale, learning we are all one family, working closely to deliver robust, competitive and relevant benefits to all U.S. service members, no matter where their service takes them.”