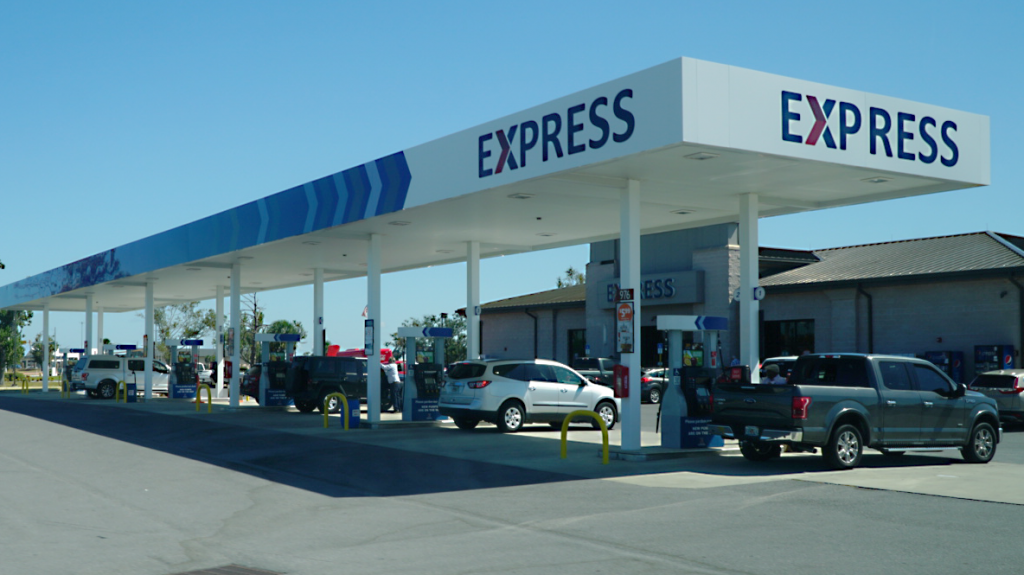 The Express at Tyndall AFB on Oct. 2, a year after Hurricane Michael plowed into the convenience store.

When Tyndall Air Force Base took a direct hit from Hurricane Michael in October 2018, the destruction was so expansive, some wondered if the base would ever reopen.

One year later, there is still work to be done, but the Exchange locations at Tyndall have seen amazing progress in recovery, thanks to dedicated teams at Tyndall and the Real Estate Directorate at headquarters that worked together in executing $3.5 million in repairs.

“Despite the extent of the damage, the main store was open and serving the community within six weeks of the hurricane,” said Exchange Director/CEO Tom Shull, who visited the base on Oct. 10. “It’s truly a testament to the teamwork between the installation, the Tyndall Exchange team and the Real Estate Directorate.”

The Tyndall AFB Express shortly after the hurricane and before the Real Estate Directorate could make repairs.

Because Exchange buildings belong to the installation, major repairs to Exchange locations are typically led by the base or post.

Given the situation after the hurricane, however, the Exchange and Tyndall command agreed that the Real Estate Directorate would lead the projects and the Air Force would reimburse the costs so the Air Force could focus resources on repairing mission facilities.

The Felix Lake Express and Burger King sustained damage beyond repair and both buildings were turned over to the installation.

“We actually completed the work about $1.9 million under the original estimate developed after damage was assessed, plus brought our facilities back online serving shoppers sooner,” Mike Smietana, the Real Estate Directorate’s senior vice president. “This was only possible because of the great relationships RE and the Tyndall Exchange team have fostered with base leadership over the years.”

There are still a few minor repairs pending on the two buildings, which are expected to be completed this month.

Words from Director/CEO Tom Shull: ‘The Light of Hope’: Exchange Remains Beacon for Tyndall One Year After Hurricane Michael