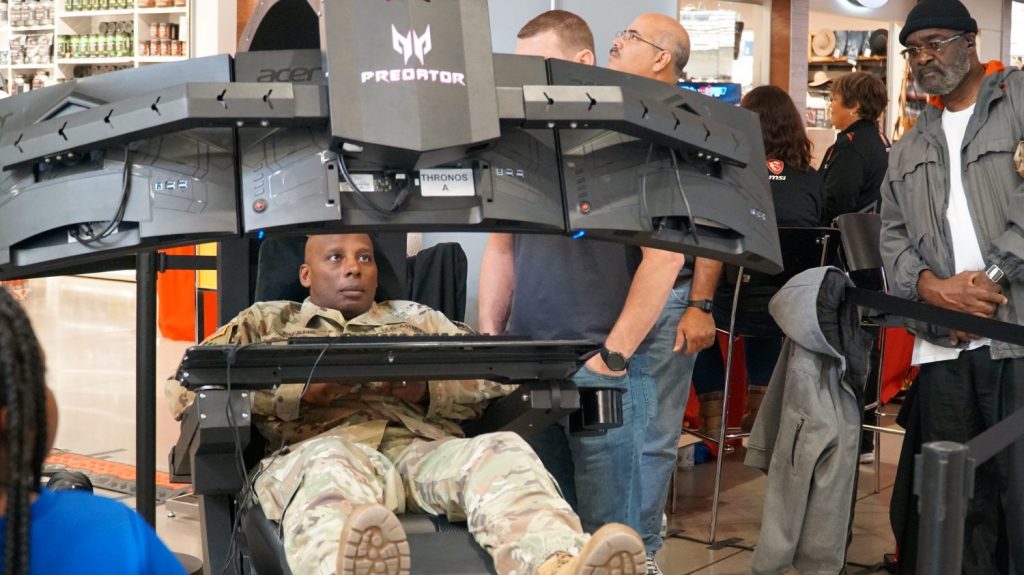 As esports continues to thrive in the military, the Exchange is doing its part to stay at the forefront of the growing phenomenon.

The Clear Creek Shopping Center at Fort Hood hosted the Exchange’s first-ever esports expo on Oct. 25, complete with vendor booths, demonstrations and a meet-and-greet with one of the top “Madden NFL” players in the world. Nearly 250 Soldiers and family members attended.

The expo was the lead-in to the Soldier Esports Showdown “Madden 2020” tournament on Oct. 26. The Exchange partnered with Army Entertainment, an Installation Management Command (IMCOM) Family and MWR Program, on the event. 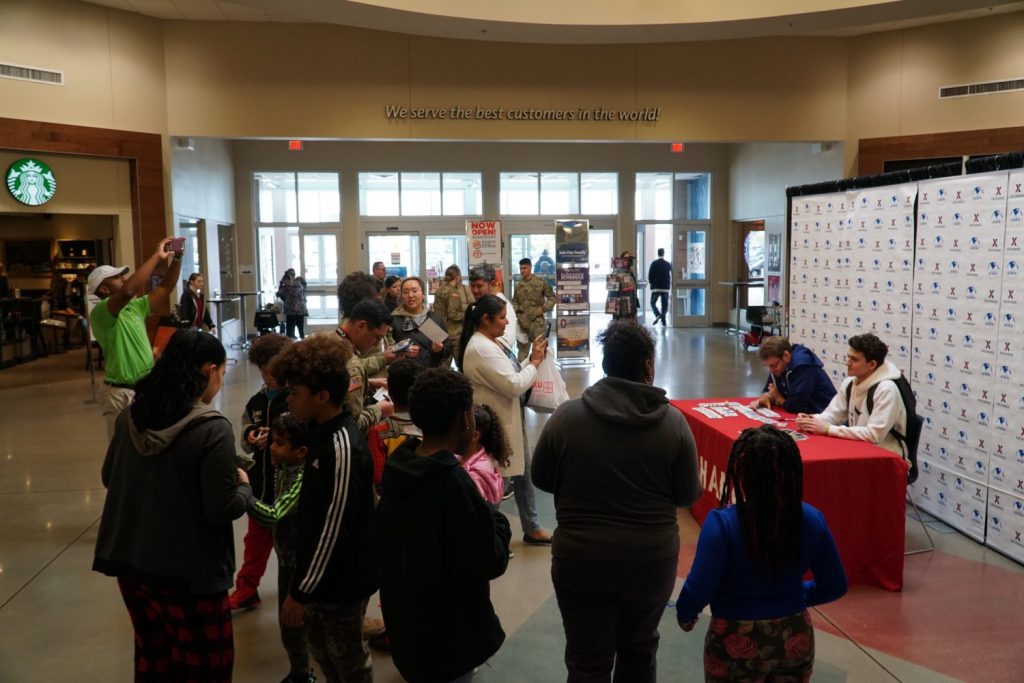 Division Merchandise Manager Randy McKinley and the electronics and consumables buying teams worked together to create a fun atmosphere at the expo.

“We are trying to capture the excitement gamers see at TwitchCon and other conventions,” McKinley said. “Our buying teams understand and appreciate how popular esports is with the military community—and that popularity is only going to grow. This expo was a chance for the Exchange to bring in vendor partners and show Fort Hood what we can offer to Soldiers that enjoy gaming and highlight products for those who want to learn more.”

The expo, which was held inside the mall, featured gaming brands like MSI and Sony. ACER let Soldiers take a spin in its Thronos gaming chair. Snack and drink vendors, including Red Bull, Keurig and Hunt Brothers Pizza, added to the festivities.

“It was a cool event,” Drini said. “I had never done something like this. I feel honestly blessed to do this—a meet-and-greet.”

Esports has become a focus of Army Entertainment, where IMCOM Family & MWR leaders recently created an Army esports program. This program allows Soldiers to compete in nationwide tournaments, which build relevant programming and boost morale. The Exchange works with Army Entertainment on prizing for these tournaments, further cementing the organization’s relevancy with the military and its missions.

“When Soldiers are deployed they depend on gaming to reduce stress and give them a little piece of home,” said Fort Hood Exchange Store Manager Samantha Davis. “Our expo really brought this home—that the Exchange has what Soldiers need to unwind and stay resilient so they can do their jobs.”

Sgt. Scott Leslie appreciated the expo and the chance to connect with a pro.

“We talked about past experiences playing Madden, and playing against friends,” Leslie said. “It’s a great way to pass the time.”