Exchange Named to U.S. Veterans Magazine’s Best of the Best for 7th Year in a Row 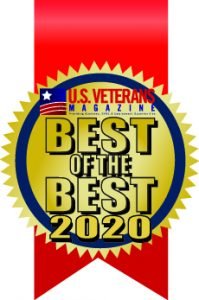 U.S. Veterans Magazine has named the Exchange to its list of top government and law enforcement agencies for the seventh year in a row.

DALLAS – The Army & Air Force Exchange Service has made U.S. Veterans Magazine’s 2020 Best of the Best list of Top Government and Law Enforcement Agencies for the seventh straight year.

The magazine polled more than 375 organizations to determine this evaluation, which lauds the Veteran-friendly achievements of for-profit sector corporations, colleges and universities, and government agencies.

The Exchange, the Department of Defense’s largest retailer, is in the midst of a drive to employ 50,000 Veterans and military spouses by the end of the year.

In the Exchange’s hiring practices, spouses receive first consideration for open positions and retain their benefits throughout their careers. In addition, the Exchange gives preference to honorably discharged Veterans; disabled Veterans; military retirees below the rank of major or its equivalent; and spouses, widows and mothers of deceased and disabled Veterans.

The U.S. Veterans Magazine’s lists are compiled from independent and market research, diversity conference participation and survey responses. The 2020 lists will be published in the fall issue of U.S Veterans Magazine and available on newsstands mid-August.