The Exchange at 125: Transitioning to a Civilian Leader 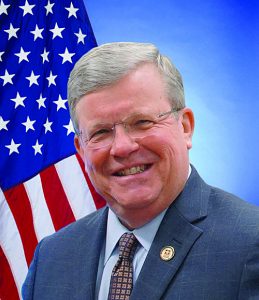 In 2012, former infantry company commander Tom Shull, returned to his military family to strengthen Quality-of-Life support for our Army and Air Force communities as the first Director/CEO of the Army & Air Force Exchange Service.

The West Point and Harvard Business School graduate, White House Fellow and former CEO of consumer and retail companies brought extensive experience to the Exchange during a time of fiscal uncertainty.

From 1941 to 2012, 34 senior military leaders, mostly General Officers, commanded the worldwide Exchange. In March 2011, the Secretary of Defense converted the Exchange’s most senior position from a major general to a senior executive civilian billet.

As a lifelong Veterans advocate, Shull’s legacy at the Exchange endures through the Veterans online shopping benefit, an expansion he championed and ultimately received Department of Defense approval to launch on Veterans Day 2017, more than doubled the organization’s authorized customer base.