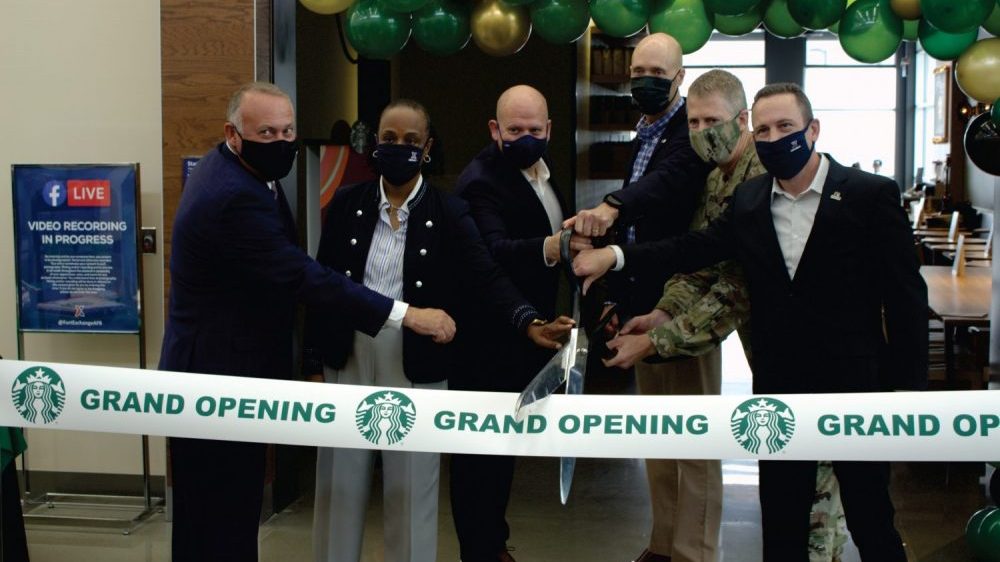 The Department of Defense’s largest retailer, the Army & Air Force Exchange Service, and Starbucks joined forces to open the 100th Starbucks store on an Army post or Air Force base.

Located at the Joint Base Lewis-McChord Exchange shopping center in Washington, the new Starbucks comes nearly 23 years after the Exchange opened its first Starbucks location at Eglin Air Force Base, Florida.

“Our military’s connection to coffee is longstanding and as important as ever,” said Exchange Director/CEO Tom Shull. “Understanding ‘nobody can soldier without coffee,’ the Exchange continues to aggressively expand access to this familiar taste of home.”

“Starbucks is honored to serve our Nation’s heroes and their families,” said Starbucks President and CEO Kevin Johnson. “Those who serve in the military are some of our most engaged citizens, and along with the more than 26,000 Veterans and military spouses who have proudly worn the green apron for Starbucks, they make us a better company and community.”

The Exchange is committed to hiring 50,000 Veterans and military spouses by the end of the year. About 10.4% of Exchange employees are Veterans, and the Exchange has hired 1,643 Wounded Warriors since 2010.