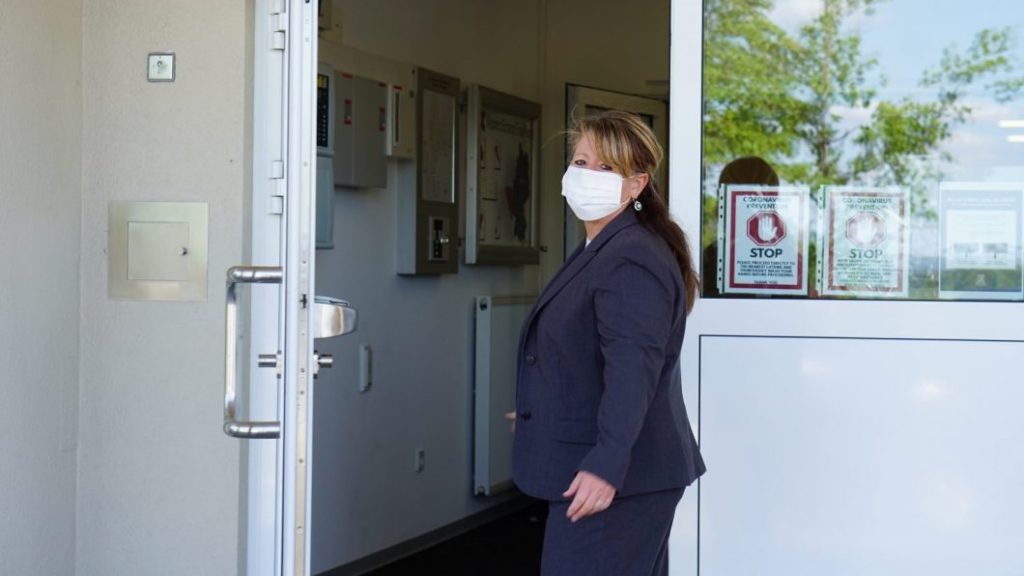 Anna Jeffries has worked for the Exchange for nearly 24 years, but the Armed Forces have been in her blood far longer.

Before arriving at the Exchange, the chief of Employee Relations for Europe and South West Asia worked as a civilian in the Air Force and for the Army.

Her husband, Doug Jeffries, a retired general manager for the Exchange who spent his last two years serving in Iraq, is also an Army Veteran. His mother retired from the Exchange in 1987 with more than 20 years of service.

Jeffries’ youngest son, Jeremy Stanton, serves on active duty in the Air Force and worked for the Exchange in high school and college. Her oldest son, Joshua Stanton, is a store manager in Iraq.

“I was a military spouse and now I am a military mom,” Jeffries said. “It is such an honor to support the military and their families.”

Serving overseas strengthens that sense of honor, she said.

“Providing a piece of home and improving the quality of life for those at the ‘tip of the spear’ is something to be proud of,” she said.

Jeffries has relocated 10 times in the last 30 years and says she has loved every minute of it.

“I love helping customers, external and internal. Seeing a smile and knowing that I have made a difference is a great feeling,” she said. “The Exchange has given me the opportunity to advance, hold various positions throughout my career and allowed me to travel the world.”

Facebook-friendly version: Military life has been a mainstay for Anna Jeffries, and working for the Exchange has given her a worldwide education that she cherishes.