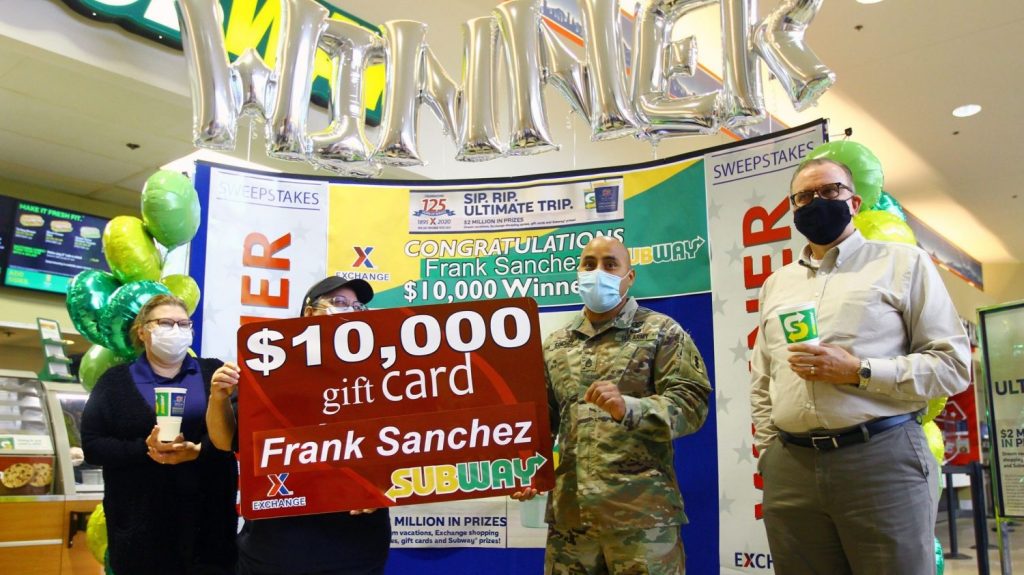 The 17-year medical instructor decided to alter his routine on Aug. 17, stepping up to the Subway in the Exchange food court instead of getting his usual pizza. 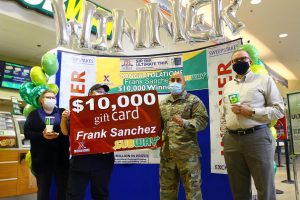 He bought a drink with a pull-tab on it, removed it and discovered he’d won a $10,000 shopping spree in the Exchange’s Subway Sip. Rip. Ultimate Trip sweepstakes.

“I’m in the building all the time, but I only go to Subway maybe two or three times a quarter,” Sanchez said. “I just decided I’d get something healthier this time.”

Even Sanchez’s decision to get a drink was happenstance. He had planned to take his meal back to work, where he had a drink waiting. Instead, he decided he didn’t want it and opted for the cup at Subway.

“I couldn’t believe it,” Sanchez said. “I thought for sure there would be another step, that this was maybe just a step in the process.”

But the Exchange called to let him know it was the real thing.

Sanchez was honored by Exchange and Subway officials the morning of Sept. 24. After that, he had the store all to himself as he collected on his winnings.

He picked up a big-screen television, some furniture and kitchen items, and toys and games for his three children. He also reserved $3,000 for his wife.

“The Exchange was so proud to provide this prize to Staff Sgt. Sanchez,” said Fort Sill Exchange General Manager Donald Walter. “These sweepstakes reward our Soldiers, Airmen and their families and provide a bit of thanks and appreciation for the service and the sacrifices they make.”