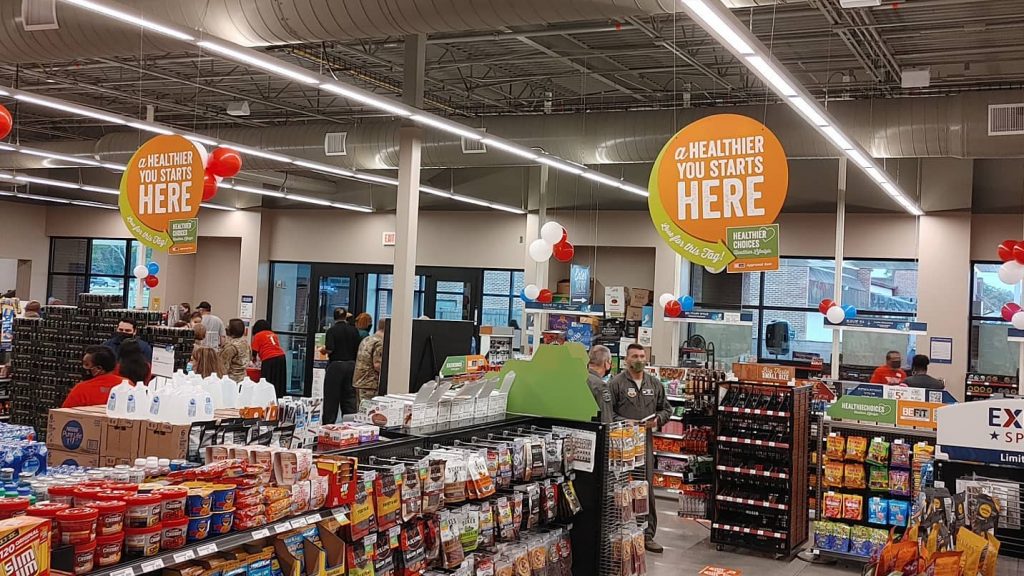 While October is Energy Action Month, energy efficiency is a year-round priority for the Exchange.

Since 2015, energy costs are down nearly 6% across all CONUS buildings, which include distribution centers, headquarters and about 1,400 stores. 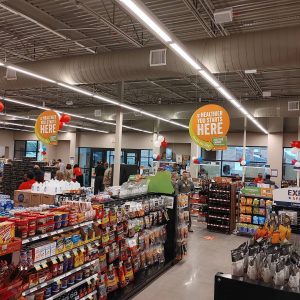 All newly constructed Exchange buildings, including this new Express at Robins AFB, is outfitted with energy-efficient equipment, including LED lighting.

In 2018 at the Waco DC, all lighting was upgraded from high-pressure sodium lamps and fluorescent lamps to LED—a project that saves about $63,000 a year. The Exchange also has received a $54,819 rebate from ONCOR.

“Reducing energy consumption and controlling costs have long been a priority for the Exchange,” said Brian Lally, the Exchange’s corporate energy program manager. “Our goal is to upgrade lighting and controls to LED during major store renovations and when the economic payback benefits both the Exchange and the installations.”

Several factors influence a building’s energy efficiency, including its age, cost of electricity and operating hours.

“When we do image upgrades we investigate upgrading the lighting to LEDs and lighting controls,” Lally said. “In almost every case we choose to upgrade to LEDs because LEDs are an economical investment option.”

Besides lighting, the Exchange pursues other energy-saving measures. Low-flow faucets are installed in all new and renovated buildings, along with automated faucet systems where warranted. The Exchange also installs low-volume, water-efficient toilets, Lally said.

Most of the Exchange’s water consumption comes from food courts, Lally said. Low-flow systems have been installed in food courts when possible.

The Exchange is also on guard against leaks. Just one drop of water every second can cause the loss of about 1.2 gallons of water a day, Lally said.

“If you see a leak, fix it. If you can’t fix it, identify it and notify the proper authorities,” Lally said. “It just comes down to awareness.”

COVID-19 has put some energy-saving projects at some shopping centers and Expresses on hold or has lengthened the amount of time to get them done. It has also led to energy cost savings as a result of reduced populations at Exchange buildings.

Because of teleworking, headquarters is only at about 10% occupancy during the pandemic. To compensate, thermostats were set a little higher during the summer.

“When you consider the normal occupancy of HQ as 2,500 personnel per day, and during COVID-19 we have 100 to 200 personnel in the HQ daily, we do not have all that body heat adding to the interior spaces,” Lally said. “When you add that loss of body heat due to low facility occupancy and all new LED lighting—which gives off very little heat compared to fluorescent lighting—then we can increase building temperatures and lower the energy consumed to cool the building over the past six months.”

But the bottom line is there is still a mandate that requires energy consumption and costs to come down.

“All of our projects are undertaken in observance of all Exchange protocols regarding COVID-19, but the Exchange’s goal remains the same to install energy-efficient equipment in our stores and control energy usage,” Lally said.

Posted in Directorates/Regions, News, RE