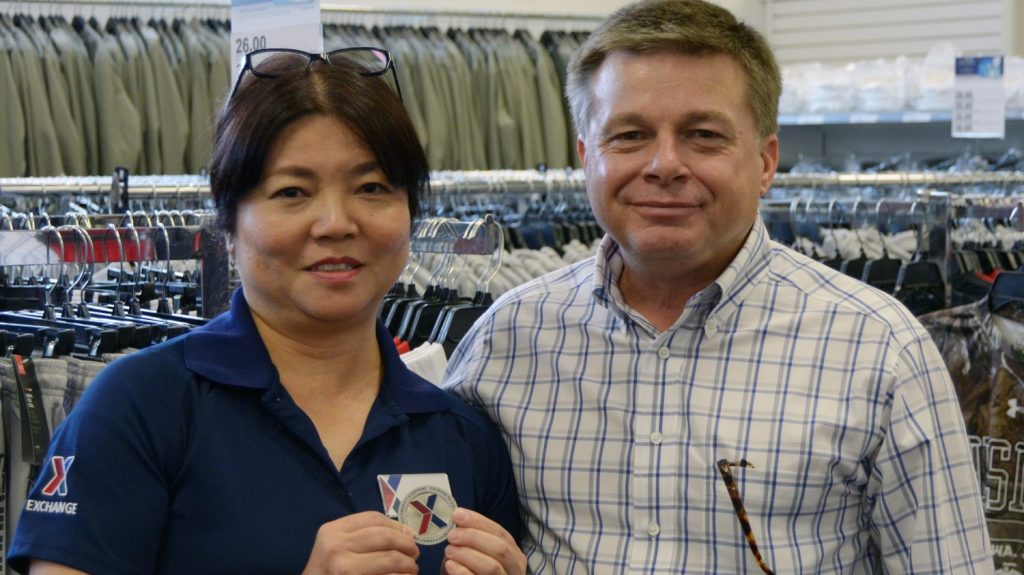 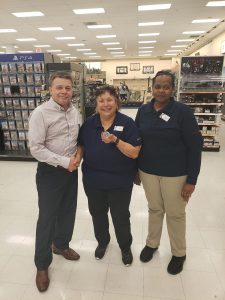 Chief Operating Officer Dave Nelson presents his coin to Sonya Holliman for being an exemplary sales area manager May 22, 2019, at the Davis-Monthan Air Force Base Exchange. They are joined by Manager Elena Pleasant.

Now, after 36 years of dedicated service, he is retiring from the Exchange.

“I’ve often said that if you’re not going to wear a uniform, there’s no greater mission than supporting those who do,” Nelson said. “Our customers are truly heroes and our teammates are just so dedicated and passionate about serving them. They serve in harm’s way, after natural disasters and now during the pandemic. It’s really an honor to work side by side with the fantastic teammates we have.”

Nelson’s Exchange career started in 1984, when he attended the Retail Management Training Program in Kaiserslautern, Germany. In the trainee program, he spent significant time at the Ramstein Air Base Exchange, known today as the KMCC mall. During his career, he served in several store-level and staff positions before going on to hold five general manager and two area manager positions, later becoming Vice President of Real Estate and Senior Vice President of Real Estate and the Exchange’s Western and Central regions. He was named COO in 2016.

Nelson said one of the fondest memories from his career came in 2003 during his deployment to Iraq. Initially he was briefly assigned to what would eventually be known as the Green Zone. After a short stay, he moved to Baghdad International Airport where he helped stand up the Exchange operation as a “jack of all trades” at the start of Operation Iraqi Freedom.

“We all did whatever it took to keep the store open and support the troops,” said Nelson, who eventually would serve as General Manager of the Baghdad operation. 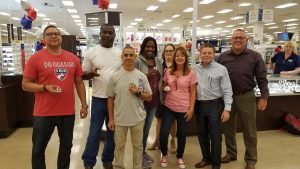 “When we first got there, there were piles of live ammo everywhere,” Nelson said. “We were working under the most austere conditions. There was no electricity, bathrooms, plumbing or air conditioning. We had to build our own showers and bathrooms. We slept in trailers, cars and any other safe and dry location we could find. Our meals were MREs and canned goods purchased from our store. The conditions really were miserable initially, but I’d do it all again in a heartbeat. Those are absolutely some of the best memories of my career.”

Nelson credits the tremendous improvements in the Exchange’s SWA footprint to the selfless service of the associates who volunteer to deploy and to all who strengthen the Quality of Life for our Nation’s heroes.

“I’m very proud of everyone who works to ensure nothing gets in the way of the Exchange fulfilling its mission to our military communities,” he said.

Nelson has answered the call and been stationed throughout the world during his 36-year Exchange career. His PCS’s have taken him to Germany, Norway, Iraq, Kuwait, Crete and several U.S. states. Through it all, Nelson has understood that the mission is not only to support the brave men and women in uniform but also the outstanding teammates he has been privileged to work with.

“Working with such fantastic, diverse and world-class teammates from all corners of the world has truly been a blessing,” Nelson said.

Looking back on his Exchange journey, Nelson attributes the majority of his success to his many high-performing colleagues and the dynamic collaboration and teamwork of field operators and the directorates. He noted the importance of partnerships that drive strategic thinking and seamless execution throughout the organization—partnerships that are critical to the Exchange’s ability to extend support wherever the mission requires. Nobody outperforms our directorates or operators!

“There’s a lot of luck and timing involved in a career,” he said. “It would be very naïve of me to think that I’m the best just because I’m in this position. There are a lot of great people that could do just as well or better than me had they been in the right place at the right time.”

In another example of being in the right place at the right time, Nelson said working alongside Exchange Director/CEO Tom Shull has been one of the greatest privilege of his career.

“The stars were aligned when Mr. Shull came onboard,” Nelson said. “He was born to run this company. He just didn’t know it. 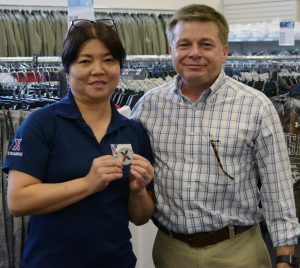 Chief Operating Officer Dave Nelson presents his coin to Sayomi Nakazato for her stellar performance as manager of the Camp Hansen Military Clothing Store on June 11, 2017.

From growing up as a military child to going to West Point and serving in the Army and White House to going to business school and entering the retail industry, he’s been preparing for this assignment his entire life. I just feel very fortunate to have been able to work for him and call him a friend and a boss.”

As far as his own legacy at the Exchange, Nelson said he hopes that he’s made at least a small difference during his time with the organization, adding he’s confident that successor Jason Rosenberg will take the Exchange to new heights.

“I just hope I’ve made the company and the lives of our teammates and customers a little better,” he said. “It’s a team effort for sure. A lot of great people come and go, but the organization keeps on rolling and keeps on improving, and there’s no doubt that a great teammate is replacing me.”

In closing, Nelson reflects on what he’ll remember most about his Exchange career: “How proud and fortunate I am to have worked with such a fantastic group of people throughout this amazing organization.”