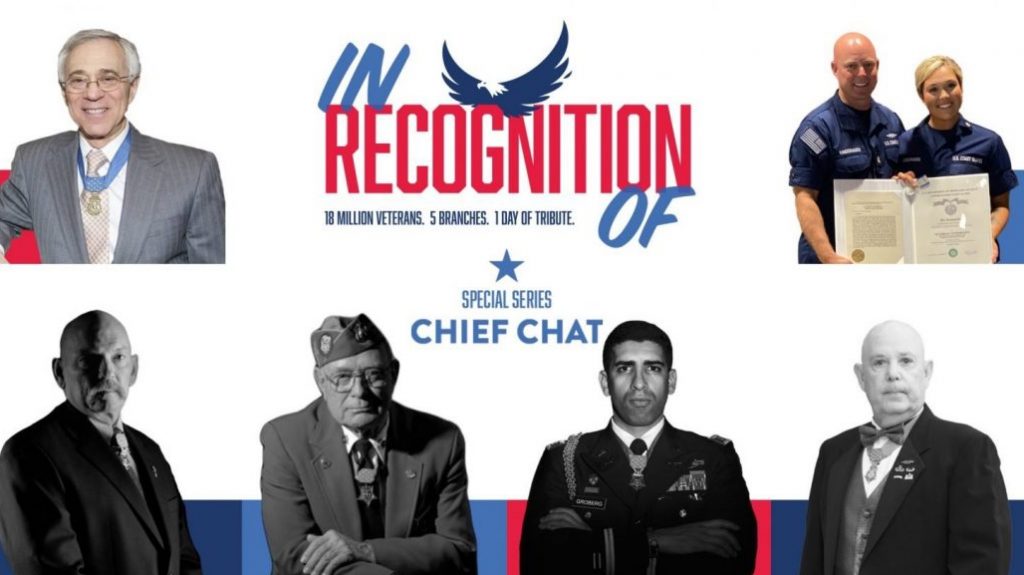 The Exchange and military resale are paying tribute to our Nation’s heroes with a chance to hear their extraordinary stories of valor firsthand.

“Chief Chat,” the Exchange’s twice-a-week Facebook broadcast, is hosting Medal of Honor recipients and a Coast Guard Silver Lifesaving medal recipient during November. The “In Recognition Of” series is part of the first-ever joint military resale Veterans Day event to salute all who served and offer a chance to hear firsthand from our Nation’s heroes.

“Chief Chat” is hosted by Air Force Chief Master Sgt. Kevin “KO” Osby, the Exchange’s senior enlisted advisor, on facebook.com/shopmyexchange to boost morale for the military community. Upcoming “In Recognition Of” guests include:

The military community can visit the Exchange’s community Hub for the full schedule.