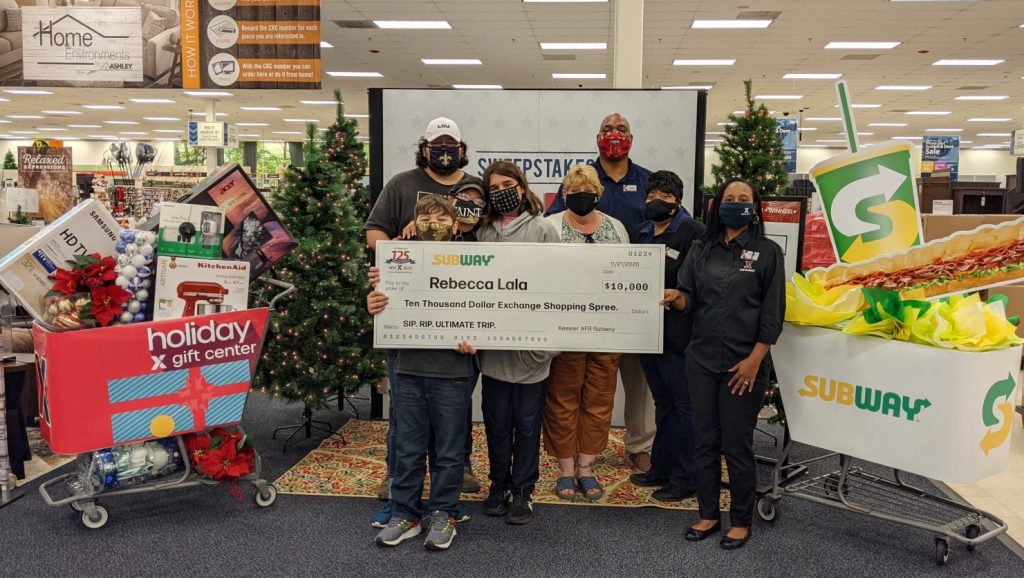 After TSgt. Rebecca Lala’s two sons had a good week handling their virtual schooling, she and her husband wanted to take them out for a reward—they just had no idea how big the reward would end up being.

During the family’s outing for lunch and ice cream, one of Lala’s two sons pulled a winning token off his cup from the Army & Air Force Exchange Service Subway at Osan Air Base. The prize was a $10,000 Exchange shopping spree.

“We had to verify with the Subway manager multiple times that it wasn’t a joke or something,” said Lala, whose family often grabbed a meal at Exchange eateries. “Those restaurants offered a taste of America when we were missing home.”

The prize came just as Lala’s family was preparing to PCS to Keesler Air Force Base, so they took their shopping spree Nov. 21, after they had settled in to their new home. The timing worked out well—Lala was able to get new beds for the kids and a washer and dryer for the house, as well as a KitchenAid mixer and a punching bag set the family has had its eye on.

Lala comes from a Navy family and has served in the Air Force for nearly eight years, while her husband, Jeremy, is a former Airman who served over 12 years. As the family has moved around the globe, the Exchange has been there for them.

“Overseas, the Exchange provides a crucial service for military members to have access to their usual American goods,” Lala said. “Now that we are stateside, I still love their benefits and the way that the Exchange supports the military community.”

“It’s an honor for the Exchange to celebrate heroes like TSgt. Lala and her family,” said Keesler AFB Exchange General Manager Sabina Brink. “The Subway sweepstakes is one way we get to say ‘thank you’ to our service members who sacrifice so much to serve their country.” 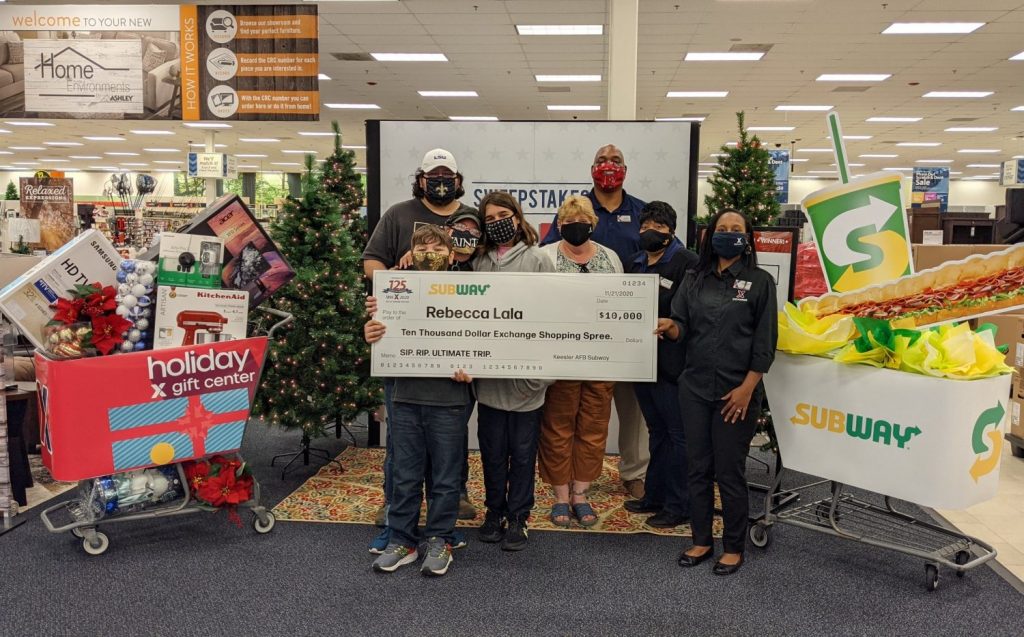