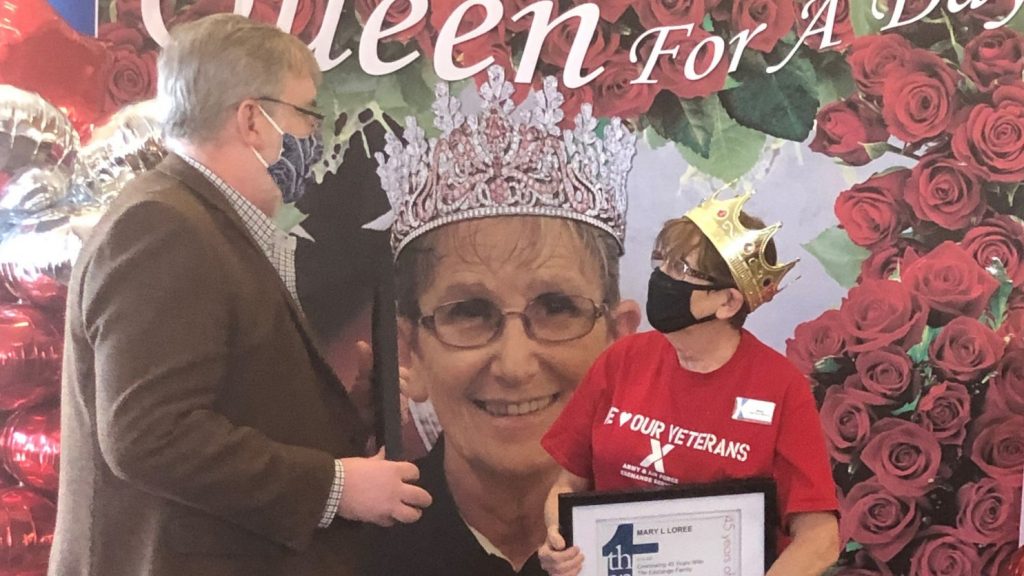 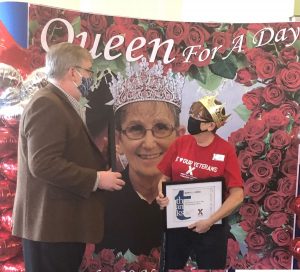 Mary LoRee likes to say that she’s been working since second grade, when her parents owned a steakhouse and she would do her homework in the kitchen.

But it wasn’t until she started working for the Exchange that she truly discovered her passion for food. Forty-five years later, she’s still serving healthy meals to military shoppers.

“I absolutely love coming to work every day,” said LoRee, the food court manager at Fort Campbell. “It’s a great honor to serve our Warfighters and their families.”

Her daughter, Wendy LoRee, is the food court manager at Fort Wainwright. Another daughter, Shannon LoRee, works at the main Exchange at Fort Campbell.

“I’ve been around the Exchange all of my life, between my father, who served in the Army, and following my husband to his duty stations,” LoRee said. “Now, he follows me around.”

LoRee got her start with the Exchange in 1975 working at the Express at Aschaffenburg, Germany, while her husband, retired Army Staff Sgt. Francis LoRee, was stationed there.

After two years, she transferred to Fort Lewis in Washington and spent four years there working in retail in the Sporting Goods, Hardware and Paint departments.

After that, it was back to Germany as a food operations clerk at Bad Kreuznach from 1981-84.

“That’s where I really discovered that I had a great love of the food industry,” LoRee said.

She spent nearly 30 years at Fort Riley, where she started in 1984 as a cook and was promoted to foreman at Burger Bar. A few years later, she became the food court manager.

She arrived at Fort Campbell in 2017.

“She is a wealth of knowledge, especially when it comes to food and the foundations of what the Exchange does,” Fort Campbell Exchange General Manager Steve Shaw said. “Not only that, but she always has a smile when she greets customers and makes sure they are taken care of.”

LoRee was recognized for her 45 years of service in a ceremony Nov. 20, during which she was referred to as “Queen for a Day.”

“It’s just wonderful to work around such extraordinary teammates who care about each other and who are devoted to military families,” LoRee said.

LoRee has no plans to retire, so Shaw and others will continue to have access to her wealth of knowledge.

“I just love serving our military families and working with these associates and getting to see them again,” she said. “I have made lifelong friends at the Exchange, and we stay in touch. You never tell anybody goodbye. You always say, ‘See you later.’”