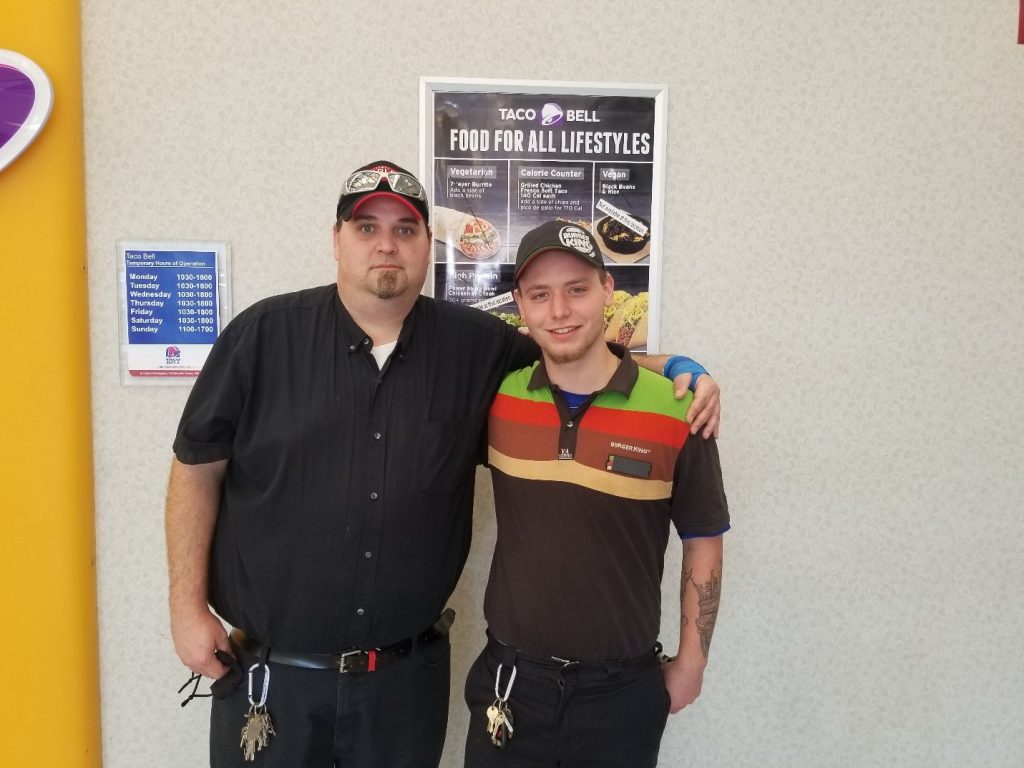 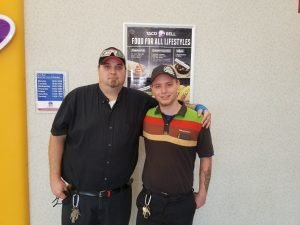 When John Bellar answered a 2004 newspaper ad and landed a position at Burger King at the Fort Leavenworth Exchange food court, he didn’t know what the future held.

In the years since, through a series of promotions, he served as a supervisor and manager at several of the food court’s restaurants—including Charley’s Grilled Subs, Taco Bell, Starbucks and Burger King— before stepping into the role of food court manager.

Looking back on his start at the Exchange, Bellar said, “I didn’t know where it was going to go, but it became a career and it’s supported the family that I have, and it’s a good thing.”

Bellar’s son, Aaron Vanderuff, appears to be following in his father’s footsteps.

Three years ago, at age 16, Vanderuff also began working at the food court — first at Charley’s before becoming a team member at the very same Burger King where his father began his Exchange career.

“It’s fun,” said Vanderuff, who often works in the kitchen and services the drive-thru line. “It’s something different every day.”

Although father and son do not work side by side, they often spend lunch breaks together. “Being able to see each other every day is really nice,” Bellar said.

Away from work, the pair enjoys fishing and working on cars.

Vanderuff said hopes to pursue a career with the Exchange and aspires to become a general manager.

“It makes me proud of him,” Bellar said.