COVID-19 Heroes: Vietnam Veteran ‘Does It All’ For Team Barksdale 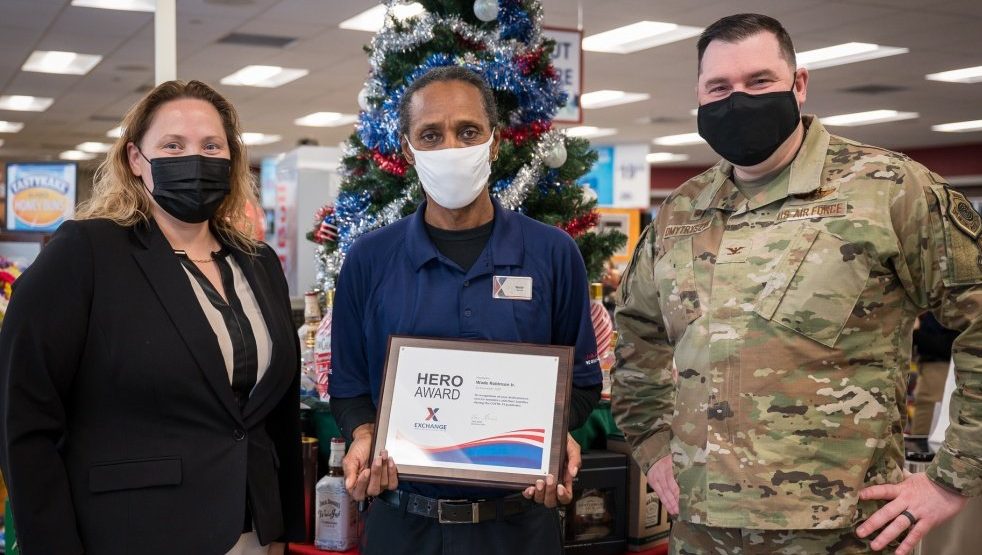 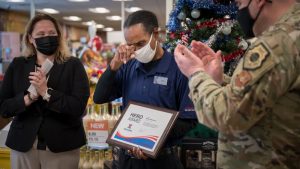 Wade Robinson Jr., a laborer at the Barksdale AFB Express, said he has been “on top of the world” since receiving an Exchange Hero Award during a Dec. 1 ceremony.

The award honors associates who have gone above and beyond to protect the force during the COVID-19 pandemic.

“It felt really good to be recognized,” Robinson said. During the ceremony, “I was speechless. All I could do was say, `Thank you.’”

Since the pandemic began, Express Store Manager Andera Godwin said, Robinson has “stepped up to make sure that everything is clean and sanitized for shoppers. Anything we ask him to do, he jumps on the task. Whether it’s cleaning spills, moving items or building displays, Wade does it all.”

Robinson, who served as an Army corporal during the Vietnam War, credits his strong work ethic to lessons learned from his mother, great aunt and uncle. He said he and his sister were raised “to always put forward the effort and do our best.”

A self-described “military brat” (his father served in both the Army and Air Force), Robinson recalls shopping at the Exchange when growing up, but did not expect to work at an Exchange store before joining the Barksdale Express team more than five years ago.

“What I like most about my job is the fact that we work together,” Robinson said. “We work hand in hand and side by side.”

Although it has been a challenging year because of the pandemic, Robinson said he is “thankful to have a job and to be able to come to work every day. It’s a blessing.” 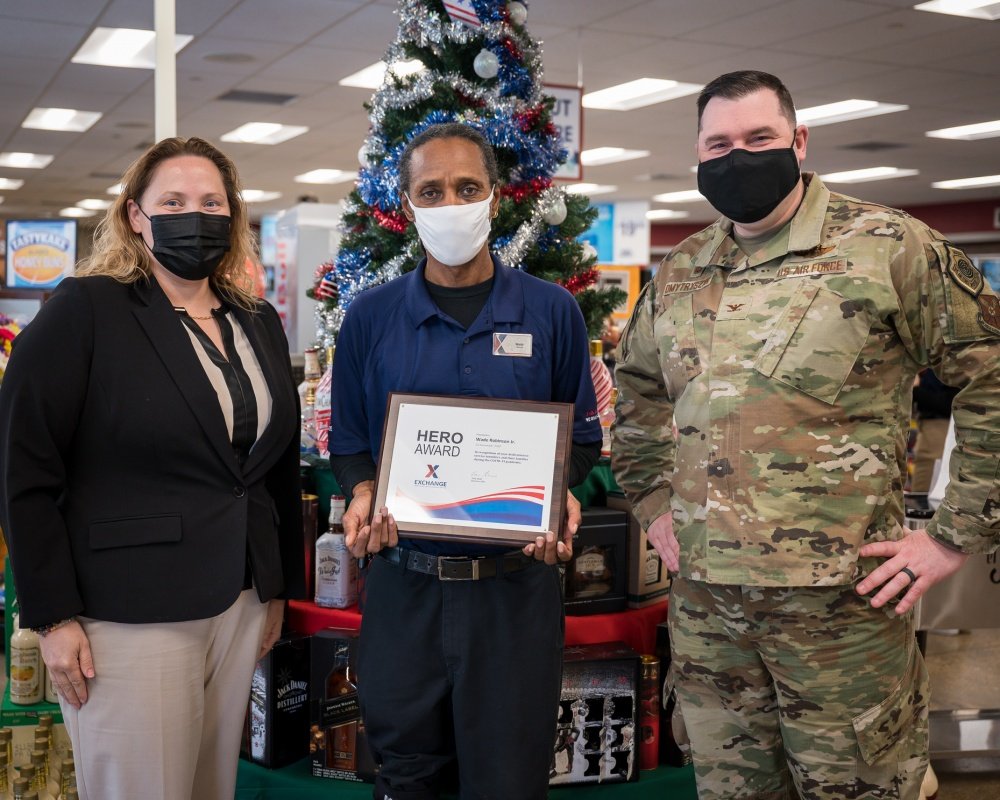