Exchange Retirees Deploy to Serve at Tip of the Spear 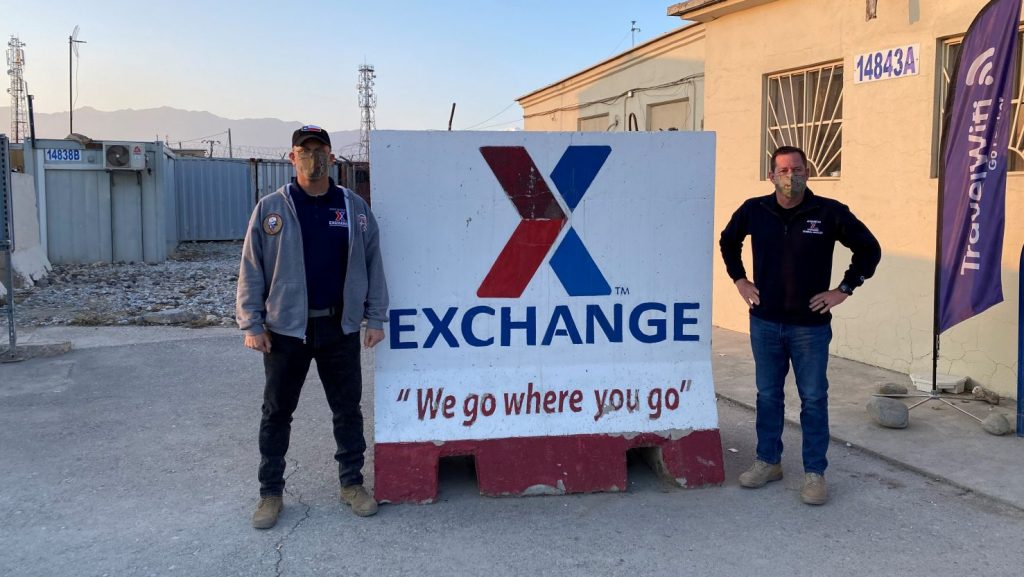 After a 34-year career with the Exchange, with assignments that took him around the world during more than a half-dozen deployments, Phil Tinsley was ready to retire.

Or so he thought.

After concluding his career in April 2018 as the general manager at the Joint Base Elmendorf-Richardson Exchange in Alaska, Tinsley was lured out of retirement the following year to deploy to Kuwait as the vice president of the Southwest Asia Region. For the past 19 months, he has lived and worked at Camp Arifjan in Kuwait. 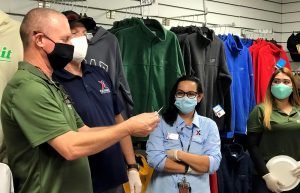 Phil Tinsley (left), vice president of the Southwest Asia region, reads a raffle ticket in November 2020 during the Marines 245th birthday celebration hosted by the Al Jaber Exchange. Tinsley was lured out of retirement following a 34-year Exchange career to deploy downrange.

Tinsley is in good company. In 2020, nearly a dozen Exchange retirees rejoined the Department of Defense’s largest retailer and deployed to Southwest Asia, where their vast training, knowledge and skills are a valuable asset.

“Retirees are particularly well-suited for this assignment because they bring a career’s worth of diverse experiences with them to the job each day,” said Stephanie Burns, vice president of talent, Human Resources directorate.

“They return to the workforce as well-rounded associates,” she said. “There’s nothing they can’t handle. They are willing to be away from their families and put their retirement plans on hold because they know how fulfilling it is to serve the best customers in the world at the tip of the spear.”

Having previously been members of the Exchange team, returning retirees are already familiar with directorate programs and procedures. Because most were deployed at some point during their careers, these associates know what to expect during downrange assignments, said Dr. Patrick Oldenburgh, senior vice president and chief Human Resources officer.

“It’s a seamless re-entry into the workforce,” Oldenburgh said. “We’re seeing a lot of success — so much so that we plan to welcome more retirees back to the Exchange this year for deployment to SWA.”

Tinsley’s assignment, which he said will likely be his last, is scheduled for completion later this year.

“Deploying is without a doubt one of the most rewarding things most people can do with the Exchange,” he said. “There’s something special about working in the field and providing our Nation’s heroes a bag of potato chips or a fresh pair of socks or running shoes during their deployment.” 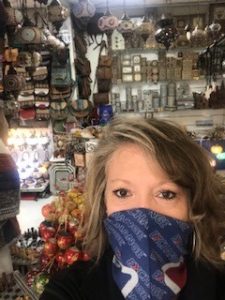 Nancy Story, who retired in 2013 following a 31-year Exchange career, currently serves as business services manager at the Al Udeid Air Base Exchange in Kuwait.

Nancy Story agrees. She resumed her career last fall after being hired as the services business manager at the Al Udeid Air Base Exchange in Qatar. It is the same role she held in the Western Region at headquarters before retiring in 2013 after 31 years with the Exchange.

“Being retired, you miss being around the Warfighters,” said Story, who had previously deployed to Kuwait, Afghanistan and Iraq. “Once you serve, you always want to serve. For me, being deployed is really the heart of the Exchange mission.”

David Schoenfeld and George Ricker collectively have more than a half century of Exchange experience under their belts.

After retiring in 2013 and 2014, respectively, both wanted to continue serving.

“It’s like coming back to family,” Ricker, general manager of the Exchange in Afghanistan, said of returning to the team. He deployed three times before retiring from his 28-year career as the Fort Stewart Exchange general manager.

Schoenfeld deployed twice during his 26 years with the Exchange and retired as food court manager at the Aviano Air Base Exchange in Italy. Currently assigned as the Kandahar Air Base store manager, since November he has worked at the Bagram Exchange with Ricker.

“You forget a few things when you retire,” Schoenfeld said, “but when you get back into the field, all of the systems and policies and procedures come back to you. It’s like riding a bike.”

Other Exchange retirees currently deployed in the Southwest Asia Region are: 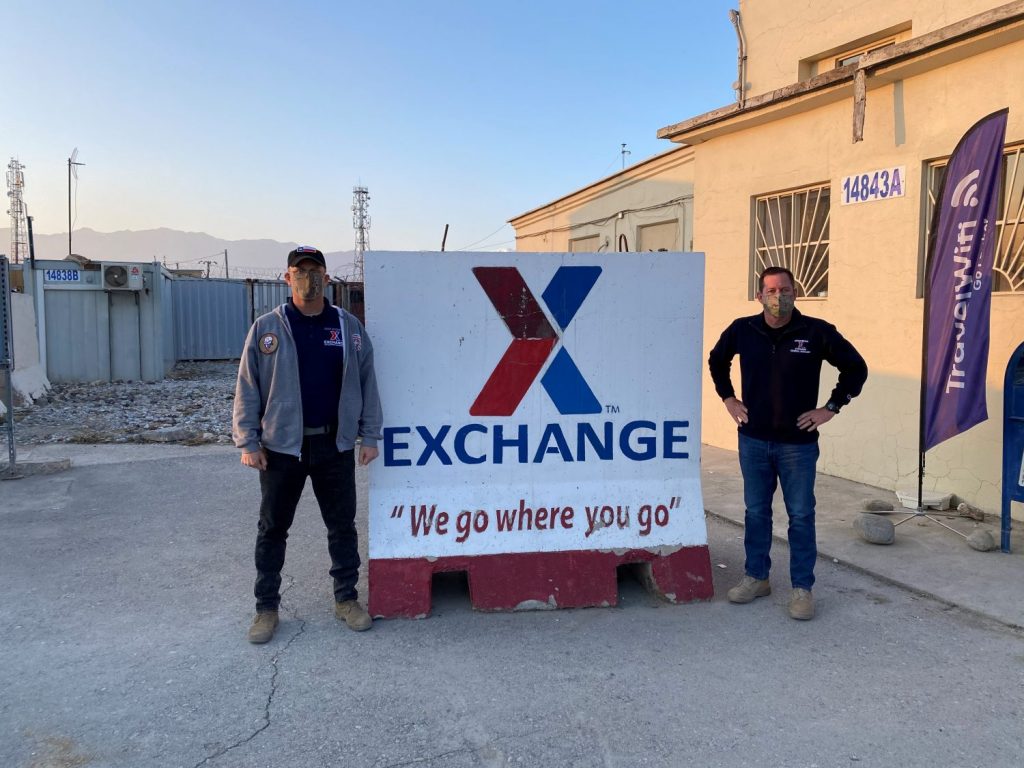 David Schoenfeld (left) and George Ricker are Exchange retirees who returned to the workforce to deploy downrange. Since November, they’ve worked together at the Bagram Air Base Exchange in Afghanistan.