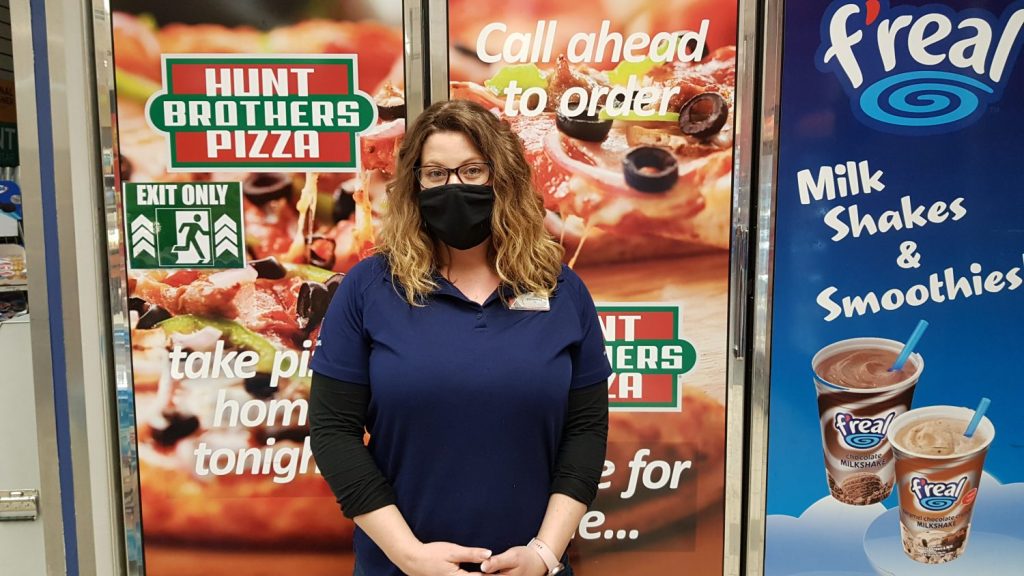 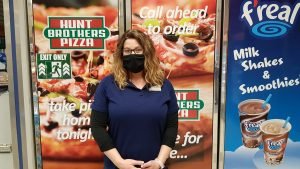 Christine Bigot, an inventory control associate, has gone above and beyond during the COVID-19 pandemic, ensuring associates and shoppers are taken care of at the Vilseck Rose Barracks Express in Germany.

She recently received a Hero Award for her willingness to go the extra mile.

“I did not expect it,” said Christine, who has been an ICA for nearly five years. “It’s my passion. I love this job.”

Christine has voluntarily taken on additional duties at the Express since the pandemic began to help ensure a safe, secure and sanitized shopping experience.

It is not unusual to find her working at a cash register, off-loading pallets of merchandise and stocking shelves, as well as brewing coffee or baking pizzas at Snack Avenue.

Vilseck Rose Barracks Express Manager Michelle Runyon said Christine volunteers to work shifts on her days off. When other Express locations are short staffed, she fills in.

“Christine views the Express as a family,” Runyon said. “She volunteers immediately if she notices we are short on cashiers or if we are busier than expected. Christine continually lends a hand to help others.”

Christine’s Exchange career began in 2011 when her husband, 1st Sgt. Derek Bigot, was assigned to Fort Benning. When his duty station changed the following year, she went to work at Anthony’s Pizza and later became a Subway supervisor at the Vicenza Exchange in Italy before securing a position at the Express.

After returning to Fort Benning in 2015, she started as a stocker at the main store before being promoted to ICA. She continued in the position upon joining Vilseck Rose Barracks Express team in 2018.

Christine said she enjoys serving the best customers in the world.

“I’m very happy and lucky that I get to do what I enjoy,” she said.