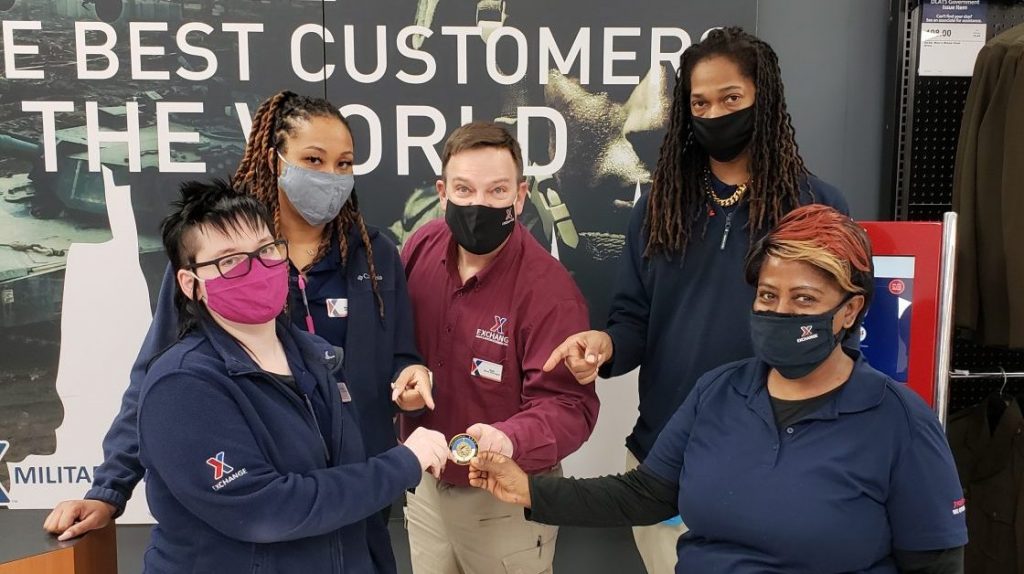 When a couple recently came into the Exchange’s Joint Base Myer-Henderson Hall Military Clothing store, manager Alan Poe noticed that they were checking out the display of the Army Green Service Uniform (AGSU), the new World-War-II-inspired Army uniform that the Exchange began rolling out last year.

The couple asked how the AGSU had been selling, and Poe told them that it had been very popular. He also shared some trivia: Gen. Mark Milley, the chairman of the Joint Chiefs of Staff, had been involved with the design of the uniform and its accessories to ensure authenticity.

“That’s me!” the customer replied. 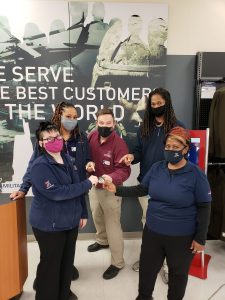 The three shared a laugh as Milley and his wife, Hollyanne, introduced themselves to Poe and chatted about the uniform.

“Our team works hard on the presentation of our uniforms and especially the new AGSU,” said Poe, who served 11 years in the Air Force and Air National Guard and has been with the Exchange since 2014. “Hearing the Milleys make positive comments about the displays made us all feel very good.”

A few weeks later, Poe was paged to the Customer Service desk in the main store, where he found Mrs. Milley waiting for him with a large manila envelope. She said her husband had been so impressed with Poe’s service that he wanted to give him something. The envelope contained an autographed photo, a handwritten thank-you note and the general’s coin.

“Thanks for your continued support of the troops,” the note read. “You are an example of all that is good about AAFES. Thanks for what you do for so many every day.”

Poe was grateful for the thoughtful gesture.

“I could easily see Gen. Milley’s respect for the Exchange and our mission in his note. It made me feel proud to be a part of the Exchange and proud of our mission to serve those who serve,” Poe said. “We really do provide a vital benefit to the world’s greatest military.” 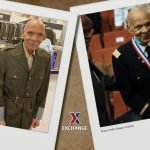 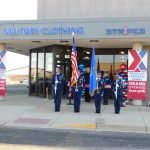