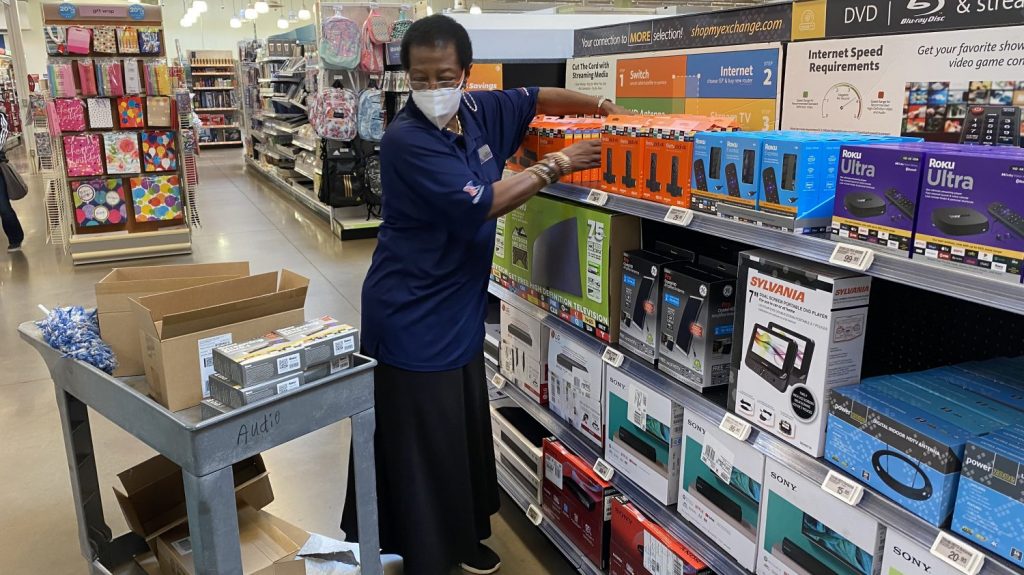 Roszele Catanch, a sales associate also known as “Ms. Sue” at Shaw Air Force Base, has been building customer relationships at the Exchange for 41 years.

“I just like people and I love my job,” said Catanch. “It gives you a good feeling to bring customers in and tell them about our products and the great deals we have. They come in looking for deals.”

And Catanch doesn’t disappoint. She loves to share information with customers through her personalized PA announcements and Facebook promotions, such as upcoming Exchange events, base events, announcements and special deals throughout the store. 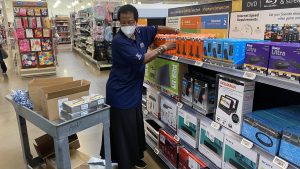 Roszele Catanch, known as “Ms. Sue,” stocks shelves at the Shaw Air Force Base Exchange. She is known for her intercom announcements and for promoting store events on Facebook Live, where she might even sing a song.

When Catanch began her first job at the Exchange as a sales associate in the jewelry department at Seymour Johnson Air Force Base in 1979, store management had to get used to her method.

“I got on the intercom to announce sales and promotions when I first started,” she said.

Catanch continued her connection with customers at the Exchange when she moved to Tyndall Air Force Base, and when she transferred to Shaw in 1986.

Service runs in Catanch’s family. Her husband retired after 22 years in the Air Force, and a son (one of her seven children) served in the Air Force for four years. They settled in the Sumter area near Shaw Air Force Base, and she’s been there ever since.

Catanch has found new ways to connect with customers. “Now I also love to go on Facebook Live doing promotions, and I usually sing a little song.”

She believes that the Exchange offers great opportunities for personal growth and professional advancement; Catanch has attended seminars in person and completed many LEX courses online.

“I learned a lot about ordering and how to give good customer service that is beneficial to you and to the customers from the online courses that the Exchange offers,” she said. “I think that if you put your heart and soul and mind in your work, you can really progress at AAFES.”

Recently her dedication paid off when she was recognized for her outstanding performance in the Eastern region by Exchange Chief Operating Officer Jason Rosenberg in July’s edition of Operation: Call Out.

“It made me come in and work harder!” she said. 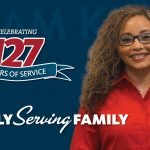